This is the quickest French onion soup. It’s ready in under 15 minutes but is as decadent and delicious as the original.

Back when I was a kid I loved French Onion Soup. But if you’d told me that it was made mostly out of onions, I wouldn’t have believed you. I mean, I knew that “onion” was in the title but it didn’t taste oniony to me. No harsh bite. No spicy crunch. No watering eyes. It was all gooey and sweet and rich and mellow and goooood.

Nowadays I understand how it’s possible that the kid-despised vegetable can lead to such beautiful flavors. It’s because onions have sugar in them. And when you cook them, that sugar gets caramelized and so so sweet. If you make a soup out of those caramelized sweet onions, it’s a beautiful thing.

Pin this quick and DELICIOUS recipe!

This French Onion Soup is ready in under 15 minutes, like all of my SOUPin15 recipes. The key is to get the onions cooking as soon as possible and to not use very many of them so that they don’t crowd the pan. Once they’re underway, you warm up some broth and add some flavorful things to it so that it can infuse. And you turn on the broiler because there is going to be some cheese toast to make. Oh yes. There will be cheese toast.

As with all of the SOUPin15 recipes, this one comes with a SouperTip for making soups delicious in a short amount of time. The SouperTip for the Quick French Onion Soup is to use wine. Wine adds sweetness and acidity to soups and can take a broth from ordinary to extraordinary. It’s important to add the wine at the beginning of cooking the soup though. Or, as I’ve done in today’s recipe, add it to simmering vegetables and let it reduce for a minute before adding it to the soup. In this way, the wine simultaneously intensifies and loses some of its harsher flavor.

You won’t be able to taste the wine in the soup. It just adds that little extra depth and flavor that makes the soup taste like more than just broth and onions. Get more tips about cooking with wine over here. And get more SouperTips and all the SOUPin15 recipes over here. 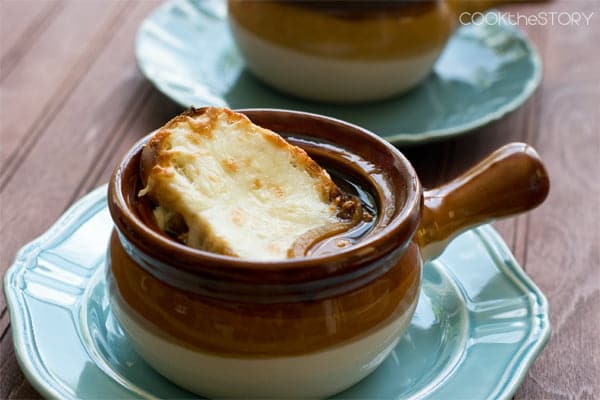 This is the quickest french onion soup. It’s ready in under 15 minutes but is as decadent and delicious as the original.

Who loves cheese??? Be sure to check out this other cheese-topped soup, Mozzarella Fondue Soup. So so so good! 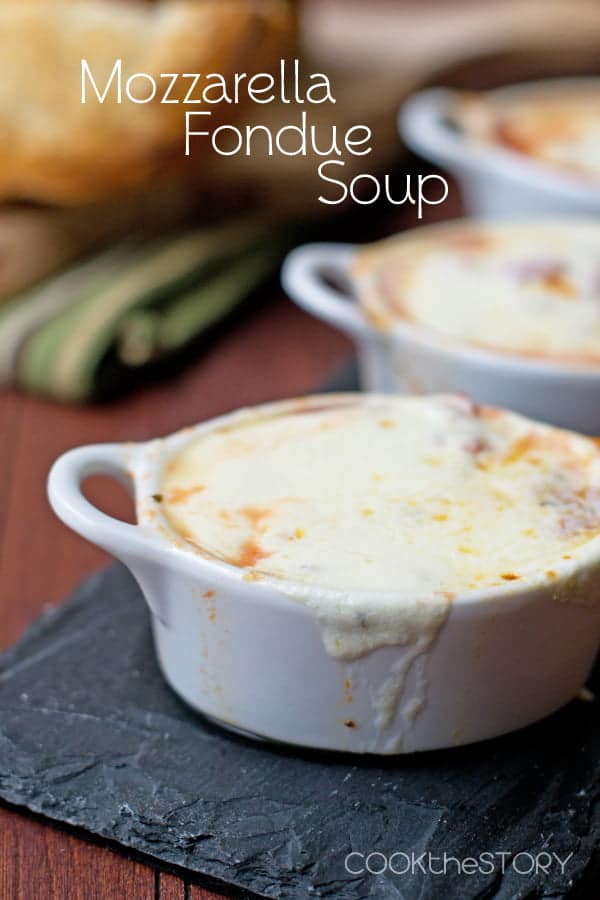 Have a delicious day! -Christine xo:)