This Chicken and Dumpling Soup is filled with the dumplings I grew up eating. They’re somewhere between noodle and spatzle, but bigger. Comfort in a bowl. 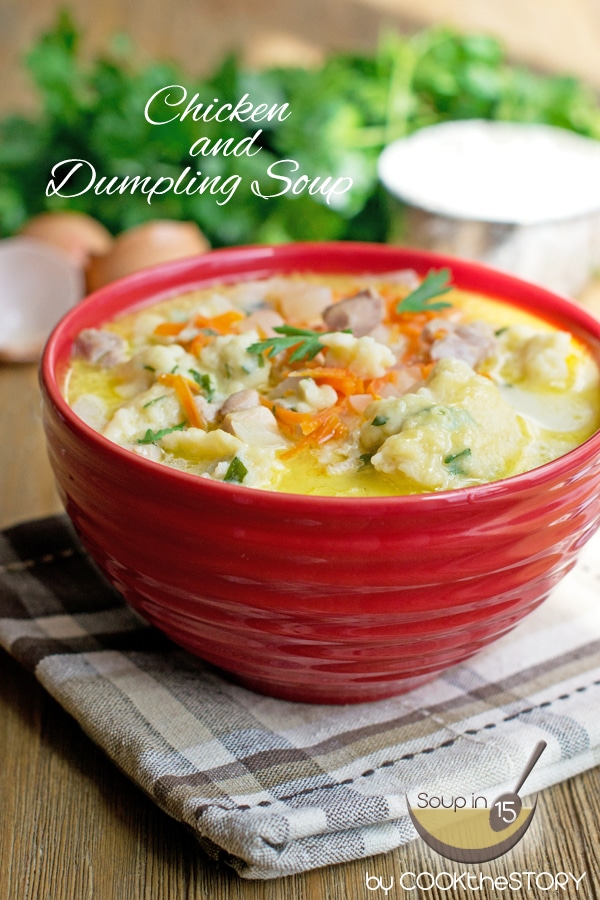 Here’s A Video Showing How To Make This Quick Chicken And Dumpling Soup:

If you’re looking for light and fluffy dumplings, you’re at the wrong recipe.

These dumplings are a bit heavier. They have texture. They’re somewhere between noodle and spatzle. But bigger.

You have to chew them. Not lots of chews. But at least one or two chews per bite.

If you’re looking for an airy dumpling recipe, I’d try this recipe from The Local Palate. But really, you should stay here and try these. They’re better, even if they don’t contain as much oxygen.

How did I come up with these big lumpy dumplings? I watched my mom make them for years. When we were home for the day with stuffy noses my mom would make a quick batch of powdered Lipton chicken noodle soup. But she couldn’t leave it at that. Even when making processed food she had to add something of her own. She added quick homemade dumplings.

She doesn’t use a recipe for these. She pulls out a teacup, scoops in flour, adds salt and maybe baking powder. She stirs and then cracks in an egg, dribbles in milk and whisks it with a fork. She lifts the fork out of the cup and if thick bands of  yellow pull up with it, she nods. That’s about right.

Having watched her make these so many times, and having eaten them so many times, these dumplings are pure comfort to me. And I think they will be for you as well. 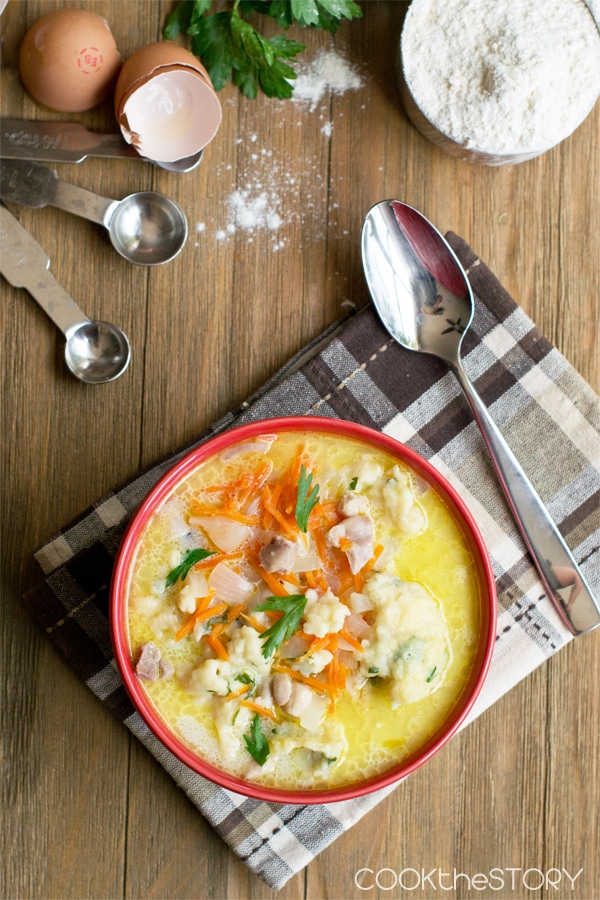 This soup is ready in under 15 minutes, like all of my SOUPin15 recipes. And like with all of my SOUPin15 recipes I have a SouperTip to share. This is the tip or trick that makes the soup so delicious so quickly. Today’s tip is to cut the chicken into really small pieces. It’s going to need to cook in only a couple of minutes so keeping it to 1 inch or smaller is key.

If you love chicken soup, be sure to check out the recipe for this quick and delicious Homemade Chicken Noodle Soup 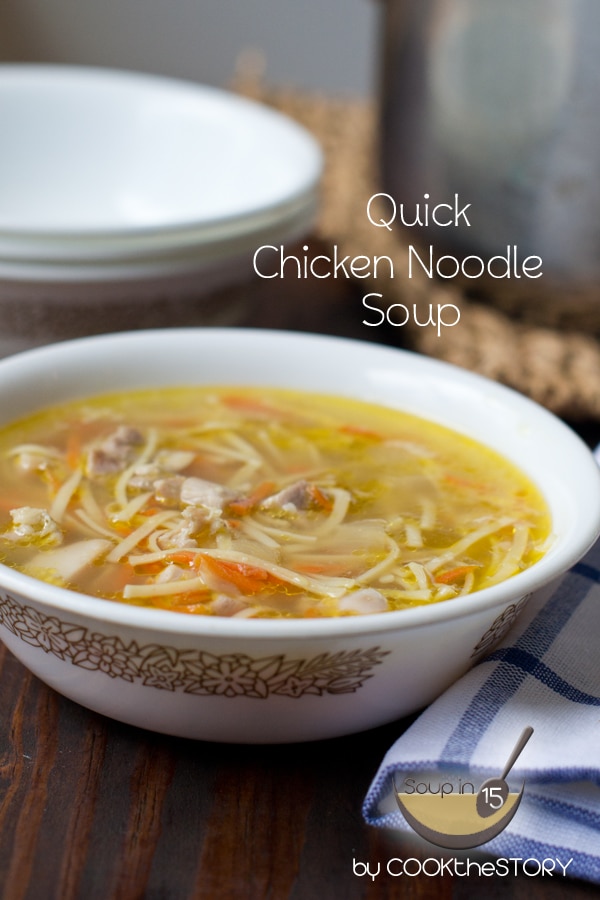 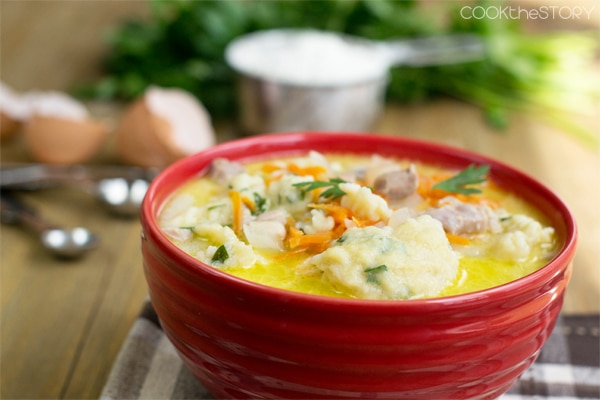 And now, here’s my quick Chicken and Dumpling Soup recipe. See you in 15!

This Chicken and Dumpling Soup has the dumplings that I grew up eating. They’re somewhere between noodle and spatzle, but bigger. It’s pure comfort in a bowl. Note: To make this soup in 15 minutes, first read through the recipe. As you do, gather together all of the ingredients, tools, pots and pans that you will need so that everything is at your fingertips. But don’t prep any ingredients. All prep is included in the 15 minutes and is explained in the instructions section. You’ll be doing it as you go. Yield 10 cups.

18 responses to “Chicken and Dumpling Soup”