Swap out the barley and try farro in soups. It doesn’t get mushy and is so delicious and good for you. This recipe is for Beef and Farro Soup and it’s AMAZING. 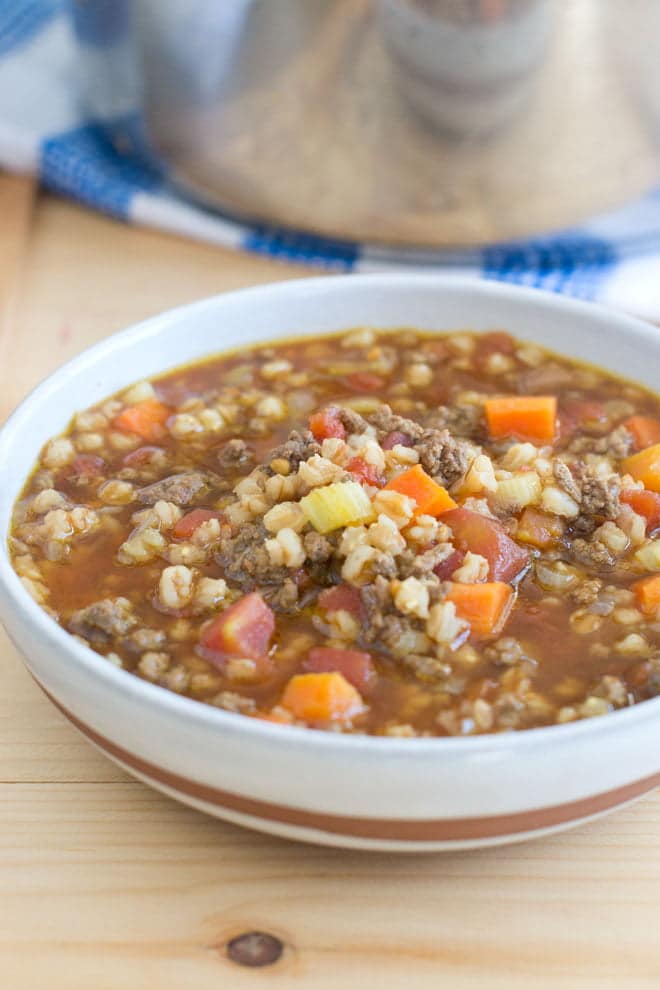 I’ve got a real thing for beef and barley soup. It’s one of my favorites. But lately I’ve been obsessed with farro (have you seen all the farro recipes I’ve done??? Sheesh! LOL). So I just had to take my favorite soup and tweak it to include farro.

This recipe uses cooked farro. You can find out how to cook farro over here (there are three methods: on the stove, in the oven and in the slow cooker). The recipe below also has a note with instructions on how to make the soup using uncooked farro, so that’s an option too.

Farro is great to use in soup because it doesn’t get too soft if it sits in liquid but instead tends to retain its texture. This means that you can make a big batch of soup, like this one, and then have it in your fridge for a couple days without the grain getting bloated and mushy.

I haven’t included seasonings beyond salt and pepper in this recipe. You can definitely add some though. It’s great with a teaspoon or two of chili powder, maybe with 1/4 teaspoon of cumin or smoked paprika as well. Or you can go with Italian flavors and add 1 teaspoon each of dried oregano and basil. Dried thyme and rosemary are always delicious with beef, use 1/2 teaspoon of each. Another thing that’s tasty is to add BBQ sauce to the soup, about 1/2 cup. It adds some sweetness and tang but isn’t overpowering.

Or leave it as it is. Basic and soooo comforting. Mmmmm.

Oh, hey, if your grocery store doesn’t carry farro (mine doesn’t either. I feel your pain), you can order it over here.

Swap out the barley and try farro in soups. It doesn’t get mushy and is so delicious and good for you.

*You can use uncooked farro in this recipe. If doing so, increase the amount of broth by two cups. Use 1 cup of farro and add it when you would have added it in the above instructions. Bring it to a boil and then reduce heat to a simmer and cook until farro is tender, 20-30 minutes, depending on the type of farro you’ve got. 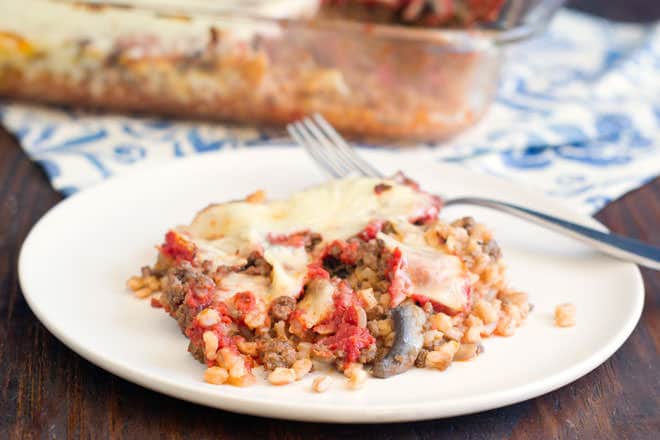 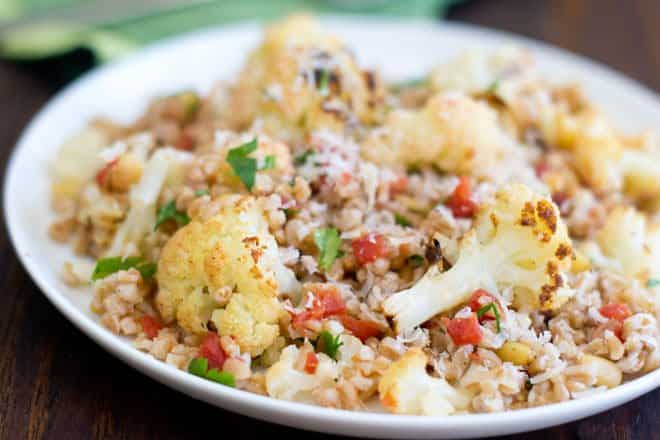 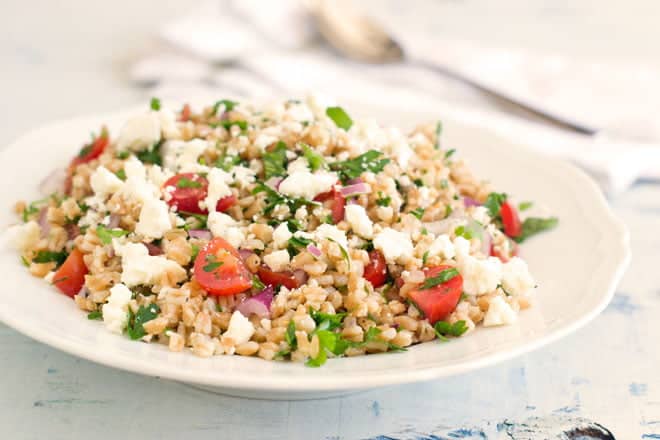 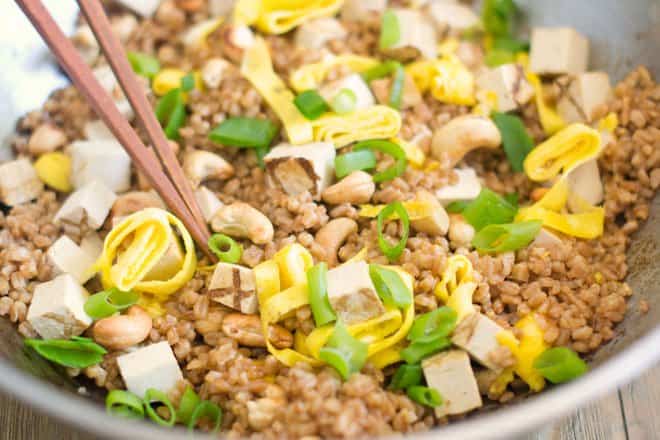 8 responses to “Beef and Farro Soup”