Have you got some gravy leftover? Don’t throw it out? Here are a whole bunch of ways to use it. You’re totally going to find something for dinner tonight! 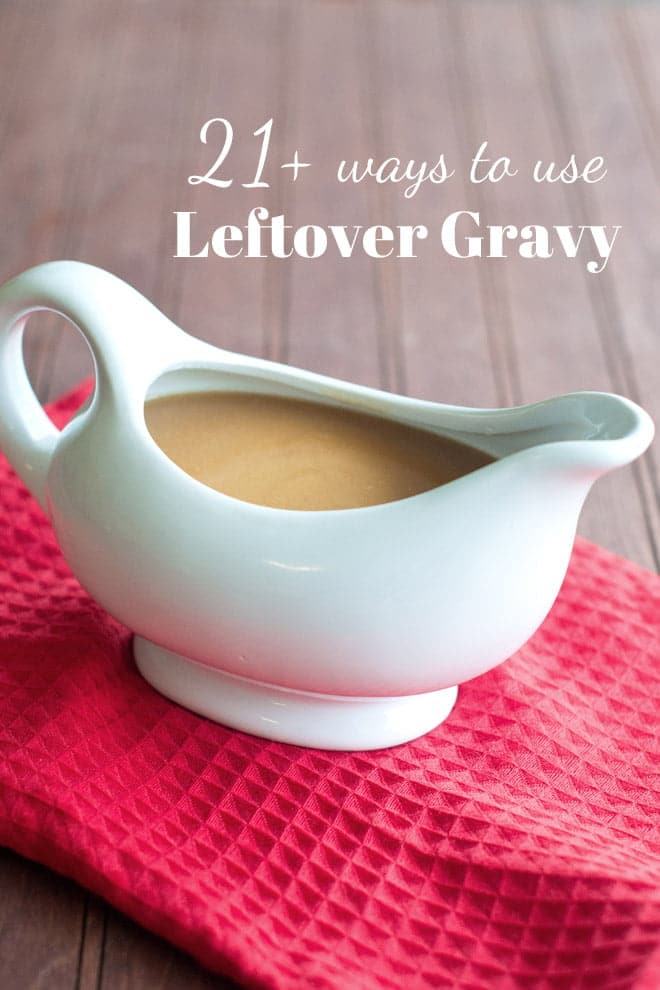 One of the most popular posts on my website is about ways to use up leftover cranberry sauce. I figured that if so many people want to know about using up cranberry sauce, there must be something else from the holiday table that they’re also tempted to throw away because they don’t know what else to do with it. The something else I came up with is gravy.

At this time of year I tend to do a lot of roasts and braises. These are always accompanied by gravy. Lots and lots and lots of gravy. I love the stuff. So much so that I spent time perfecting how to make it. Do check out my article on How to Make Gravy Perfectly Every Time to see how it gets done.

With all that gravy going down, it’s true that I sometimes have too much. What happens? I put it in a container at the back of the fridge where it sits until I eventually throw it away. Yes, really. That’s what usually happens. Or that’s what used to happen. Today, I threw out one of those containers and decided that it would never happen again. That gravy is way to good to go to waste. Done.

So I’ve brainstormed a bunch of uses for leftover gravy. I’m going to print these out and stick them on my fridge so that I don’t ever forget to use it up again. Here we go. All the ideas I could come up with to use up leftover gravy: