This Instant Pot Roast Pork will become a family favorite. The salt and pepper mixture creates a tasty crust and seasons the drippings for an out-of-this-world gravy.

First, What Is A Pork Butt?

The cut referred to as a butt roast or Boston Butt is actually from the front of a pig. The shoulder area to be exact. The shoulder is divided into two cuts the top rectangular part (called the butt) and the lower triangular part (usually just called a shoulder roast).

Historically, the top rectangular portion was a less popular cut. Butchers in colonial New England took these less popular cuts and packed them in wooden barrels for storage and transportation. The barrels used were called butts. So now you know. Interesting, right?

Now on to an easy and relatively quick recipe for pork roast. I know, this sounds a bit like an oxymoron. Pork shoulder roasts and pork butt roasts generally benefit from long cooking times. With the introduction of the Instant Pot, an updated electric pressure cooker, that has all changed. In about an hour you can have a fork-tender pork roast on the table.

Why I Love My Instant Pot For Pork Roast

There are three things that I really love about cooking a pork roast in my Instant Pot (this is the one that I have).

The first is the sauté function. Using it creates a lovely, caramel-colored layer on the pork. Which means I don’t have to pull out another pan and get it dirty. Love it!

After searing the roast, I remove it from the Instant Pot and put the trivet that was included to get the roast up out of the cooking liquid and off the bottom of the pot. I think it helps to maintain the color from the searing as well as ensuring that the bottom doesn’t burn.

The second thing that I love is the fact that once the lid is locked on and cooking time is set, I’m free to focus on something else.

Finally, the result is like a slow-braised, tender pork roast, but in the Instant Pot, it cooks in much less time.

How Long To Cook Pork Roast In The Instant Pot

When you roast a pork butt in the oven, it takes about 40 minutes per pound. The Instant Pot is MUCH quicker.

The roast ends up being in the Instant Pot for longer than just those 45 minutes though. Before the pressure cooking starts, the Instant Pot spends time coming up to temperature. That can take as long as 10-15 minutes.

I do the natural release for 10 minutes whenever cooking meat in the Instant Pot because a quicker release results in a drastic change of temperature that can make meat seize up and get tough.

So do the natural release for 10 minutes and then switch the valve to Venting and let the remaining pressure escape. You then open up the Instant Pot and take out the roast.

In the end, a 3 pound pork roast is in the Instant Pot for about 70 minutes, which is still a lot less than if you were cooking it in the oven (that would be 3 pounds x 40 minutes = 120 minutes). And the roast has this extra tender texture from being pressure cooked to boot!

What Temperature Should The Pork Be?

The 15 minutes per pound will produce a tender, juicy roast that is slightly pink in the middle, and a temperature at or just above 145°F, which is the recommended temperature for pork.

A boneless pork butt is recommended for this recipe for easy carving, however if all that is available is bone-in, the times mentioned above will still work perfectly for tender, juicy results.

How To Crisp The Outside Of A Pork Roast

One drawback of the Instant Pot is that it’s a wet cooking method, which means that you don’t get a crisp crust on the outside of your roast, even if you seared it at the beginning. The steam in the pressure cooker has made that not crusty. For sure. However, as long as you seared the meat really well in the beginning, that dark, caramelized crust will remain on any section of the roast that is not touching liquid.

Now, if you like a crisp crust on your roast you’ll need to use the oven after the Instant Pot has done its work – I have instructions for that in the recipe below. Or you can read about it in my post How to Roast Pork Perfectly.

Basically, you let the pork rest for a bit. Then put it into the oven at a very high temperature for just 10 minutes. This will crisp up the crust.

FYI, if you’re planning to shred the pork (like pulled pork) you really don’t need to crisp it up in the oven first.

What Should I Serve With Pork Roast?

What else to serve with the roast pork? If your oven is free, go ahead and make a batch of these amazing roasted potatoes too. Such a perfect dinner!

This Instant Pot recipe for pork roast will become a family favorite. The salt and pepper mixture creates a tasty crust and seasons the drippings for an out-of-this-world gravy. If your roast is larger than 2 pounds, see the note about larger roasts below.

This post originally appeared in July 2018. It was revised and republished in November 2021. 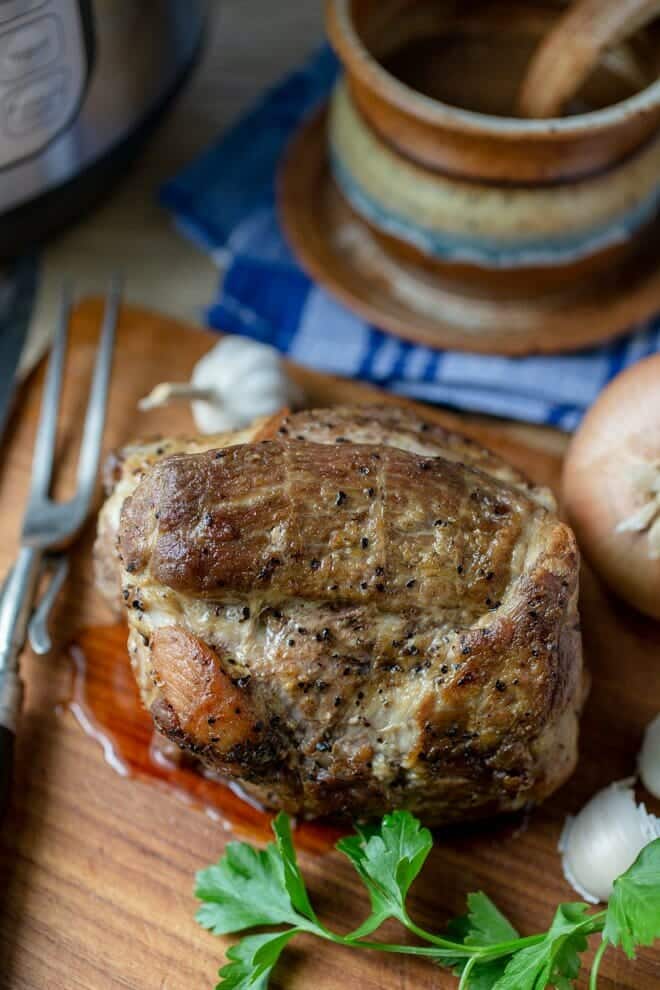 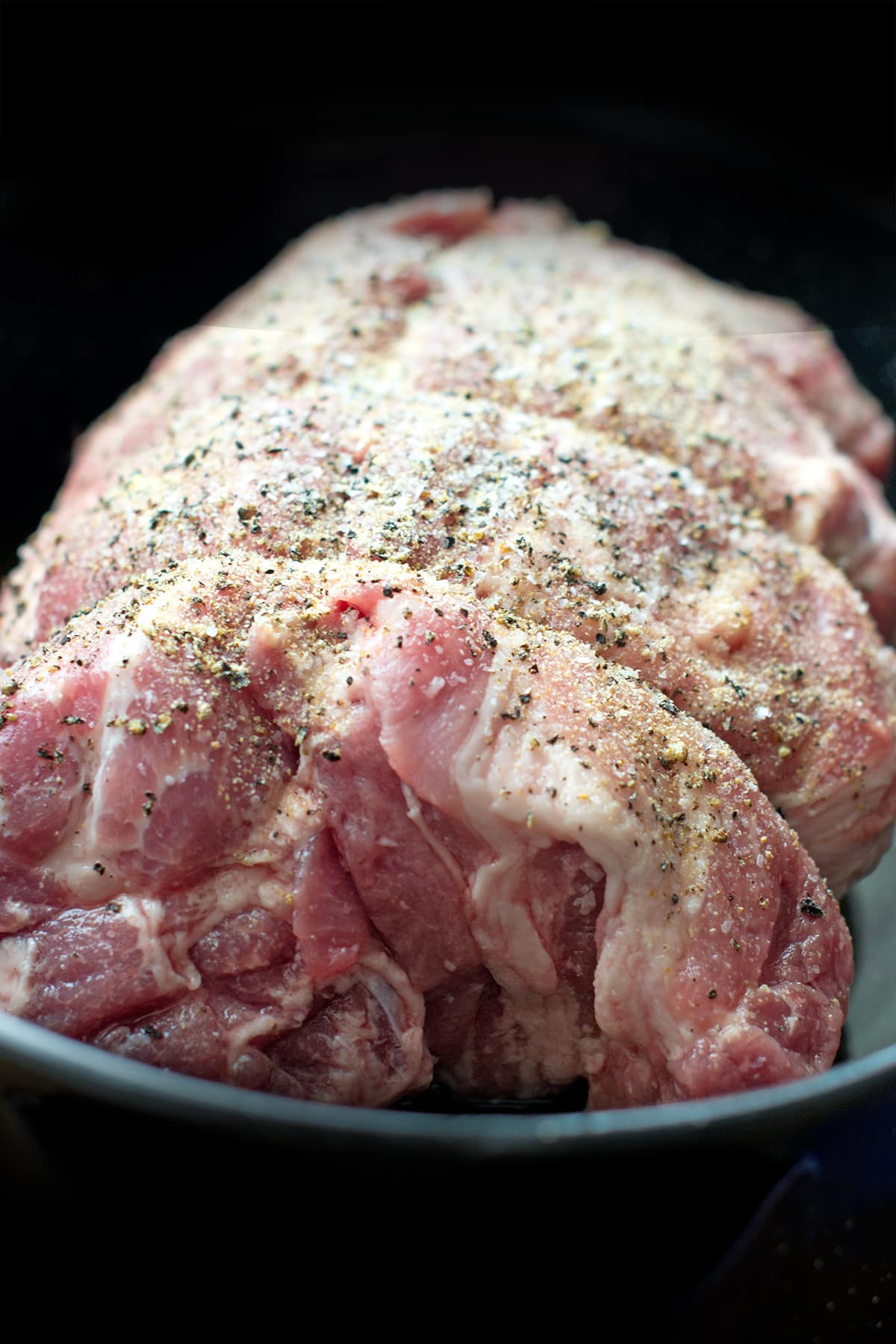 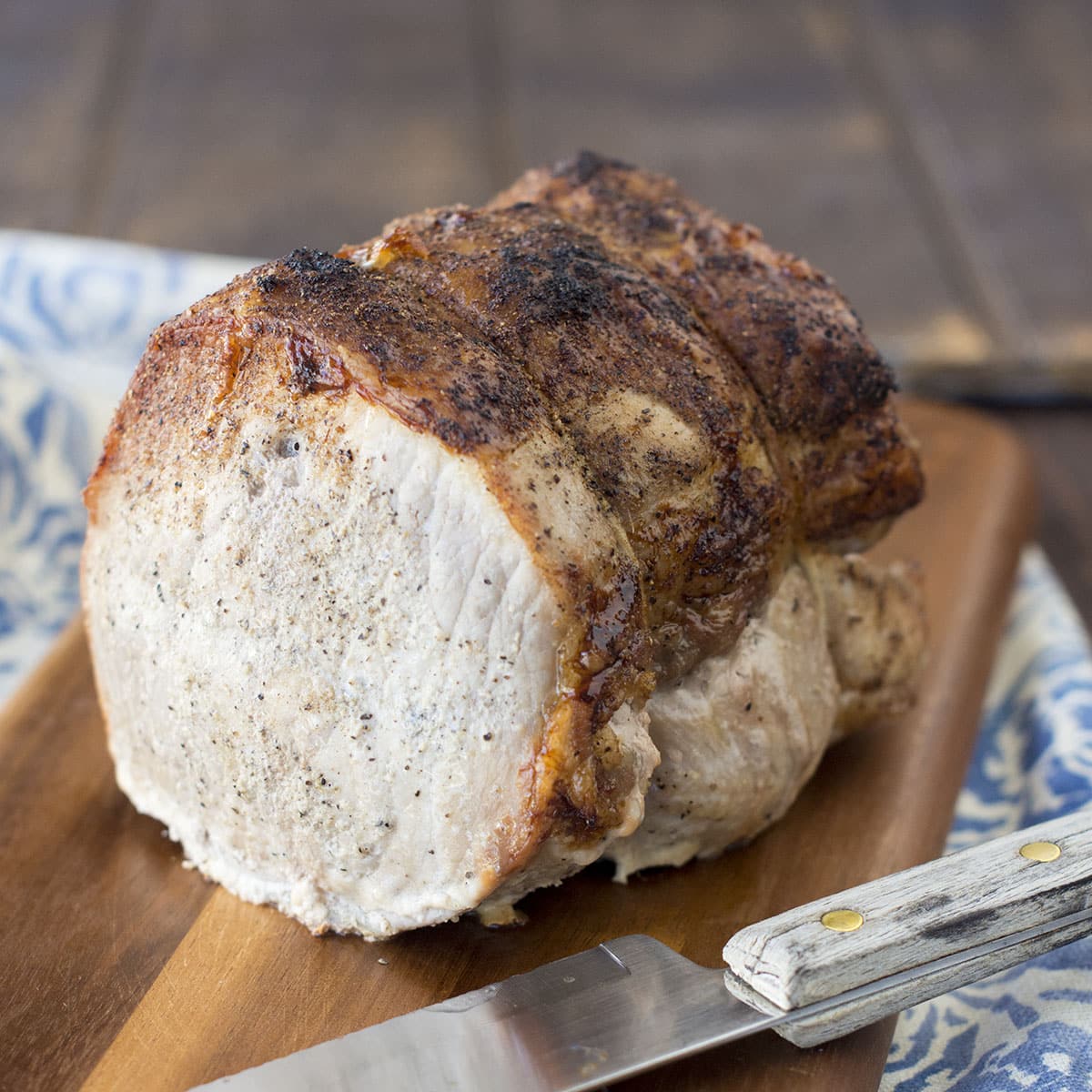 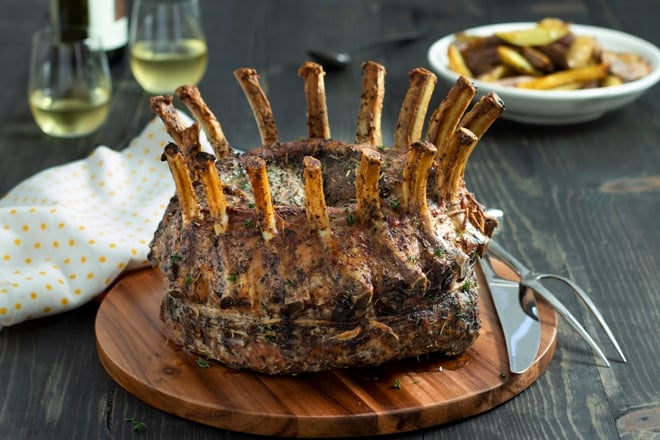 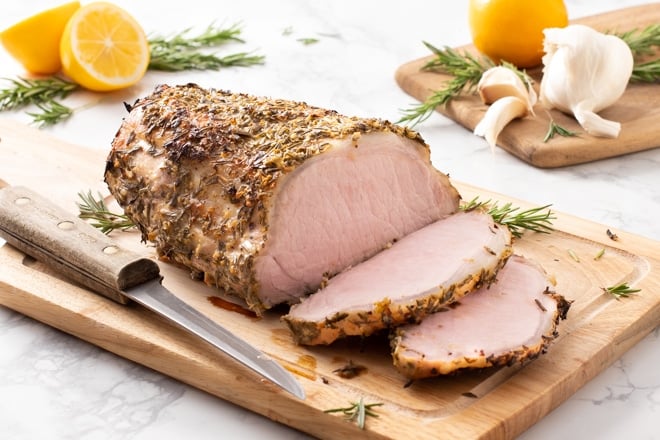