You’ve gotta try this Egg-in-a-Hole recipe with both bread and a juicy ham steak. It’s perfect for a quick weekday breakfast or for a lazy weekend morning. This post is sponsored by Smithfield. 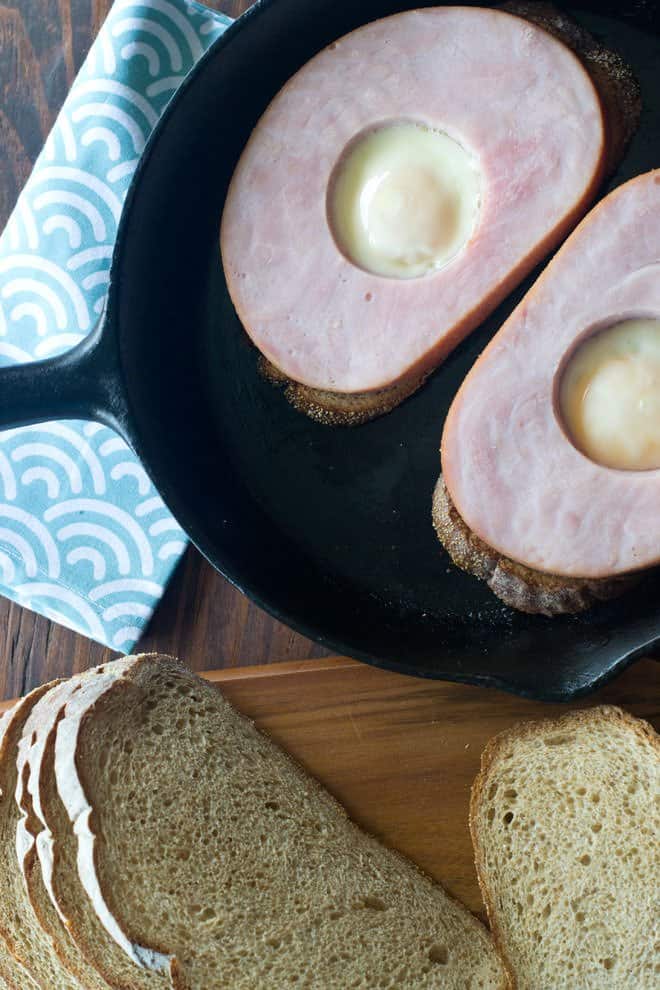 I seem to need a good dose of protein in the mornings or else I don’t feel energized and ready to go. My kids seem to be similar. They graze a bit when they first wake up (yogurts, cheese strings, cheerios) and then they usually want something a bit more substantial.

I really love ham steaks. They’re so versatile, convenient, and delicious. Finding new ways to use them is always fun. 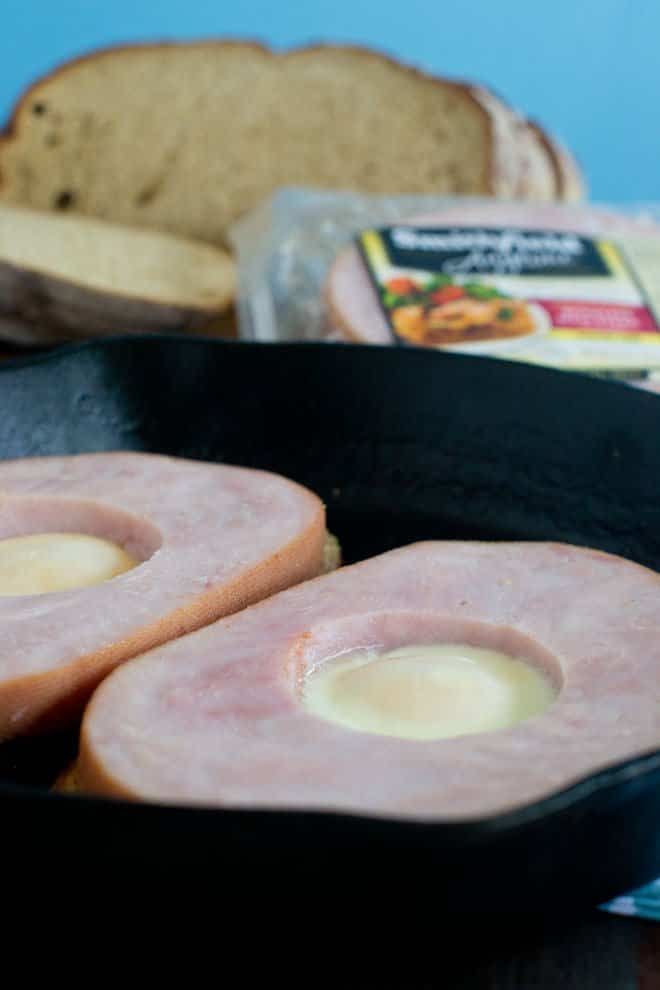 To make these ham steak egg-in-a-hole deliciousnesses, get a skillet heating on low and turn the broiler on. You can optionally panfry the ham steak on both sides at this point but my kids prefer it ungrilled so I leave it alone. Then you butter one side of the slices of bread. Onto the other side of each slice I do a mixture of dijon mustard and maple syrup. Use a 2 and 1/2 inch diameter round cookie cutter to cut a circle in the bread slices and in the ham steaks.

Spray the skillet with cooking spray. Put the bread slices butter-side-down in the skillet. Put the ham steaks on top, lining up the holes. Crack an egg into each hole. Cover the pan. Cook until the bread is browned underneath and the egg is set to desired doneness, 5-6 minutes, adjusting the heat under the skillet as high as medium if things are taking long.

Depending on your stovetop and skillet, the bread might brown before the egg is set. If so, transfer the pan to under the broiler for a minute or two so that the tops of the eggs get cooked without overly toasting the bread. It can get good and toasty under there quickly…see: 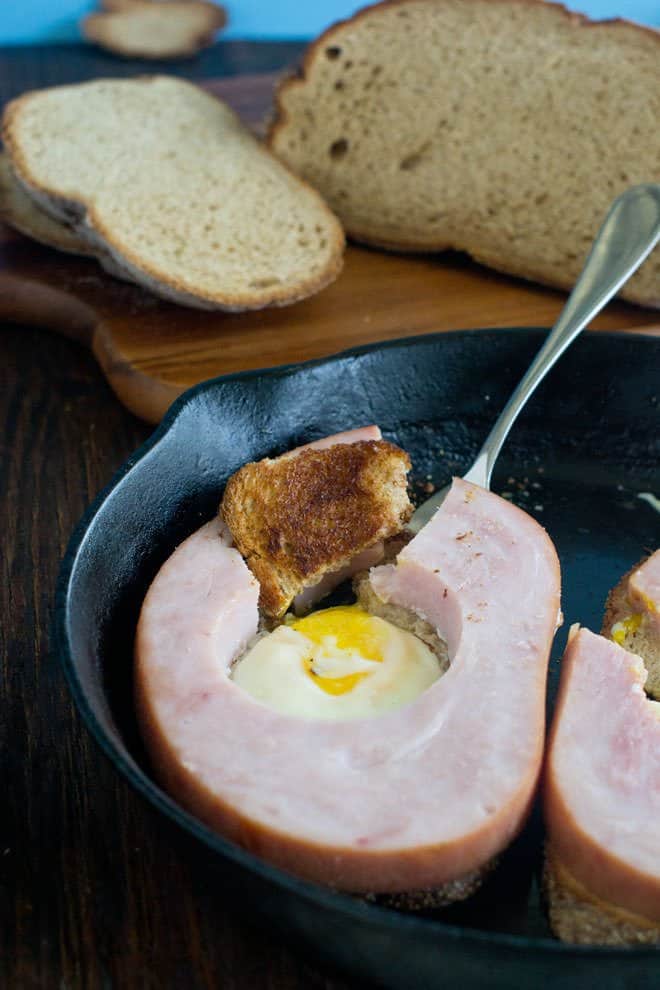 So be sure to keep an eye out under the bread.

There you have it! A great quick, hearty one-pan breakfast that nobody can resist.

You’ve gotta try this Egg-in-a-Hole recipe with both bread and a juicy ham steak. It’s perfect for a quick weekday breakfast or for a lazy weekend morning.

This post originally appeared in September, 2016, and was revised and republished in February, 2021.