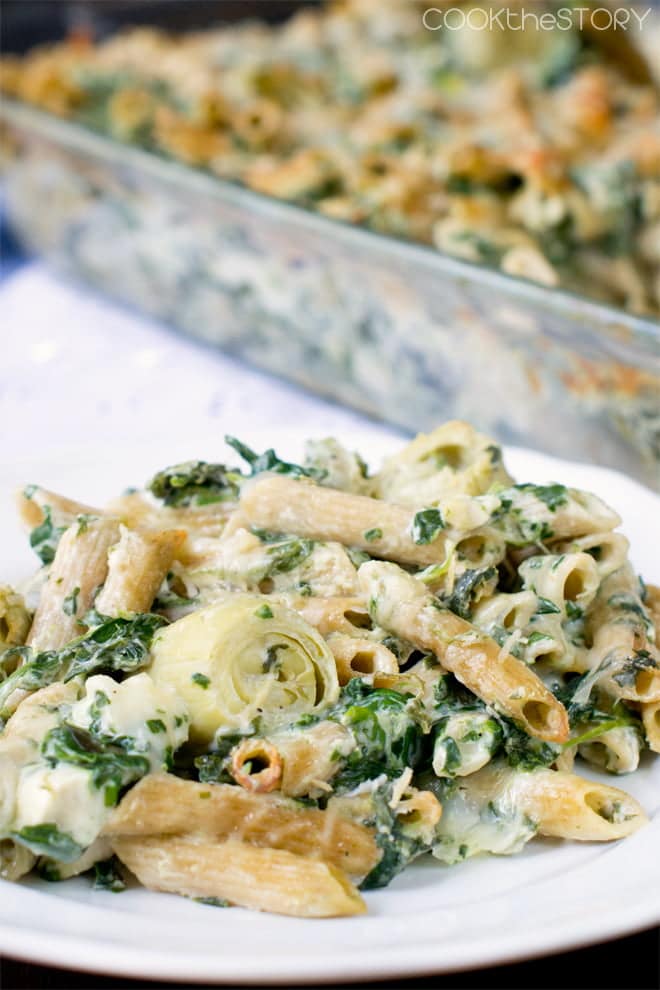 I’m obsessed with turning things into pasta bakes. It’s usually because I have leftovers and want to just toss it all together in a pan and be done with making dinner. Yes, I totally do that. All the time. I cook up some pasta, put it in a big casserole dish with whatever the leftovers are (think roast chicken and steamed broccoli). Then I add some tomato sauce and cheese and bake it up. 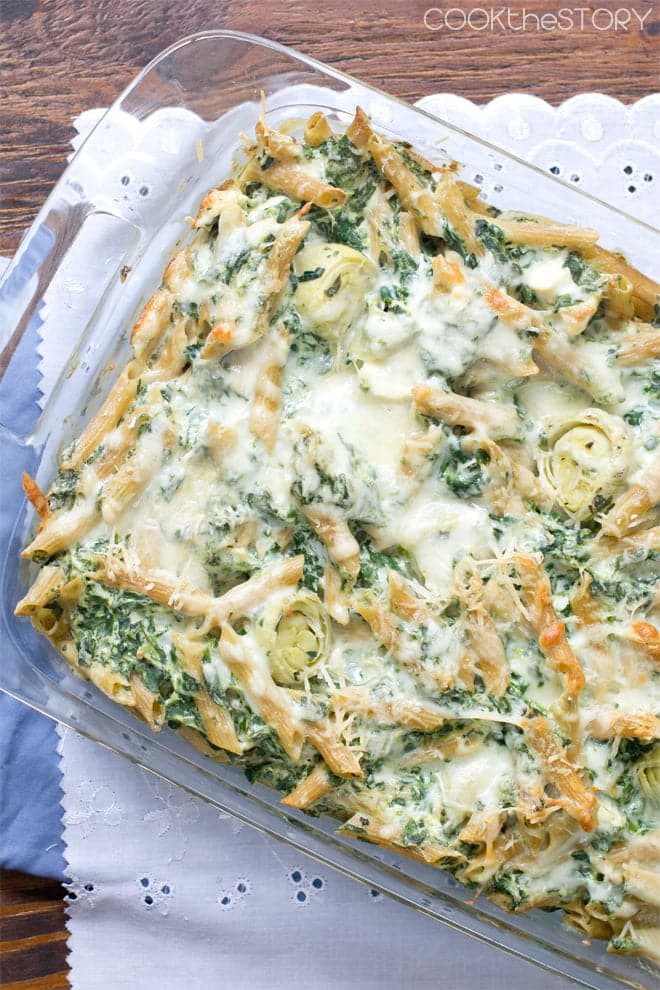 Today’s Spinach and Artichoke Dip originated because there was a tub of spinach artichoke dip in the fridge that was about to reach its expiration date. I added it to a baked pasta dinner. It was sooooo good. I decided that I just had to recreate that but I didn’t want to have to buy several tubs of pre-made dip to do it. 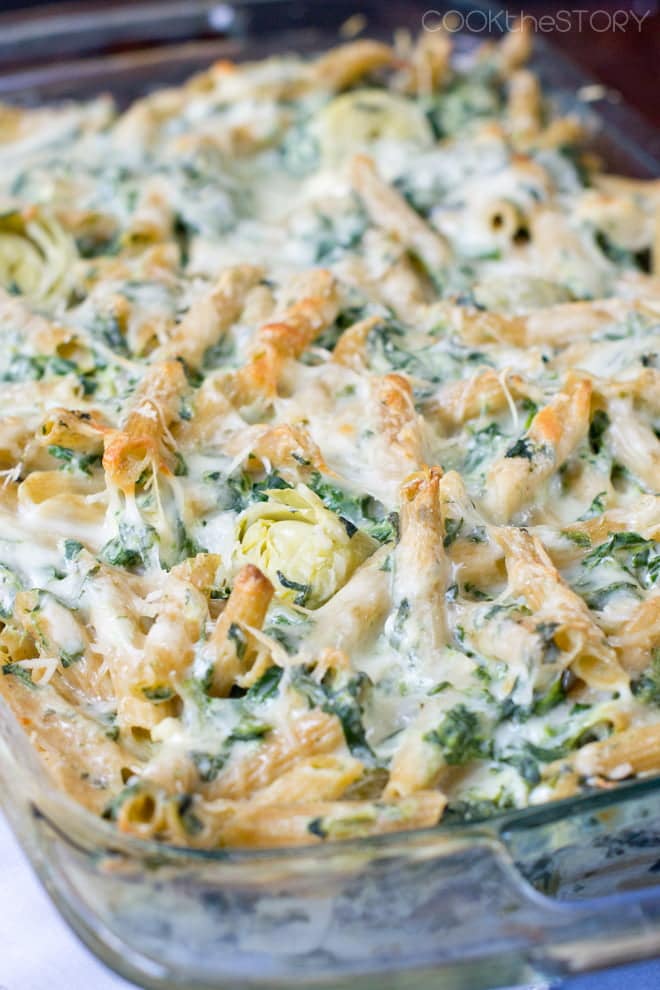 This version uses cream cheese, mayonnaise, frozen spinach and canned artichoke hearts to get that spinach and artichoke dip flavor. There’s also some cooked chicken meat and mozzarella in there. It’s super tasty.

Here it is! My recipe for Spinach and Artichoke Pasta Bake.

This post was originally published in October, 2015 and was fully revised in August, 2016. 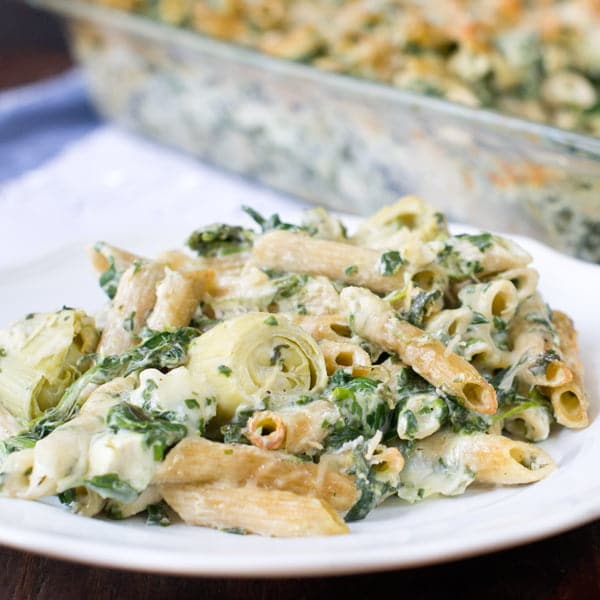 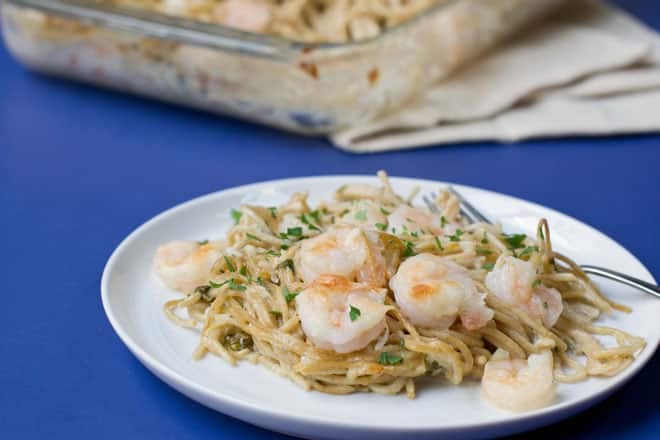 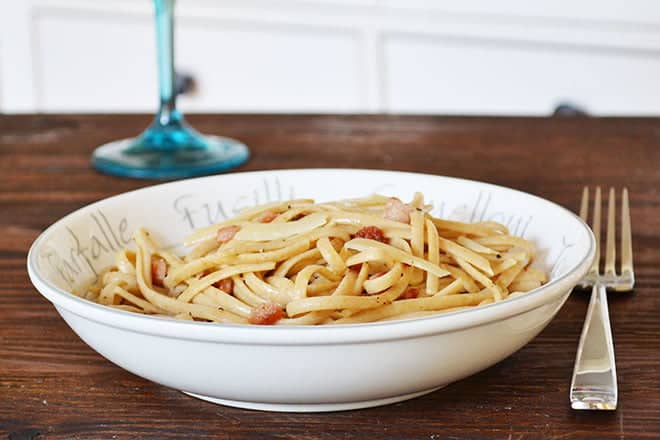 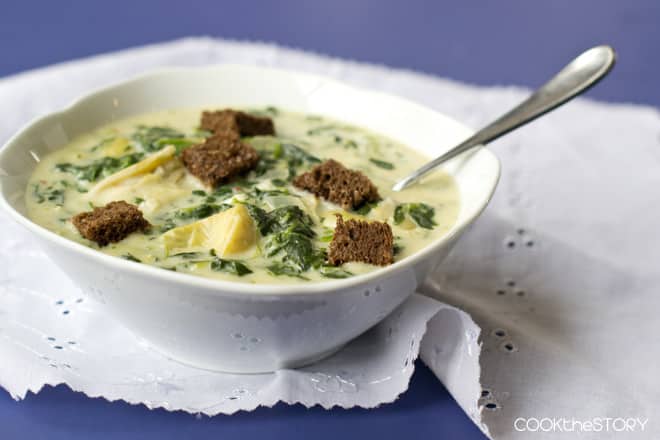 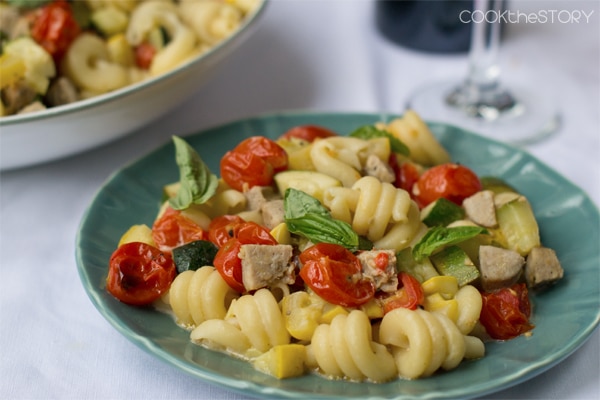