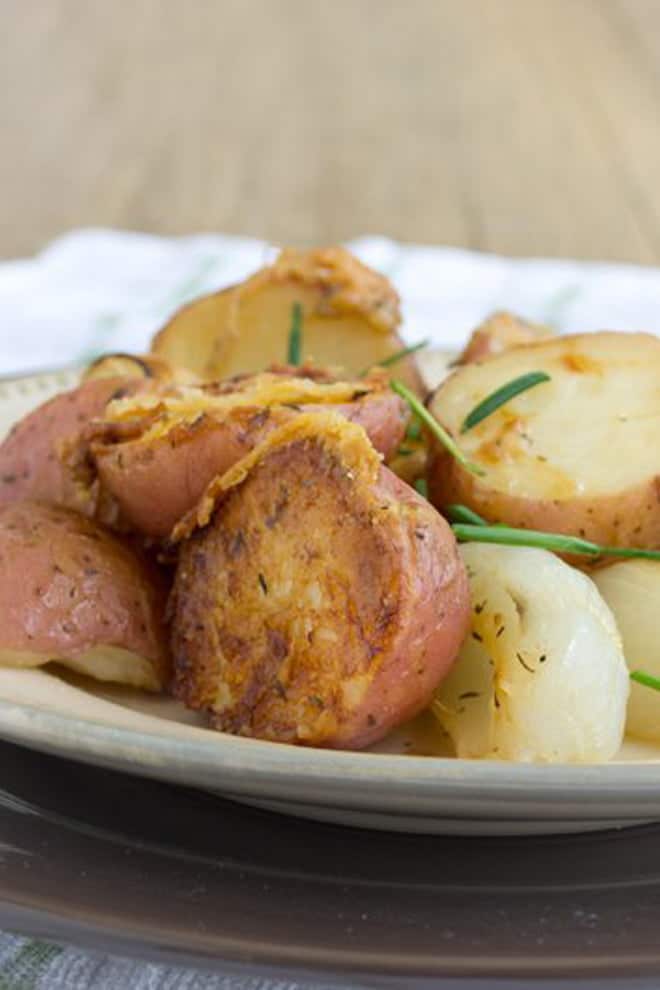 These roasted potatoes are seriously amazing. I sometimes make these potatoes as an alternative to hashbrowns for brunch because they go into the oven and I don’t have to get sweaty standing over the stove monitoring them.

How to Make Parmesan Roasted Potatoes

I use red potatoes for this recipe, they look great and the size means you only have to cut them in halves. For the onion, I love Vidalia for that roasted sweetness. First you’ll toss the cut potatoes and onions with olive oil, salt, and thyme.

Next, fill a large oiled baking sheet with a bed of grated Parmesan cheese. Then you add the red potatoes (cut-side-down) and onions. It goes in the oven at 450°F for 40 minutes until the potatoes are tender and browning. 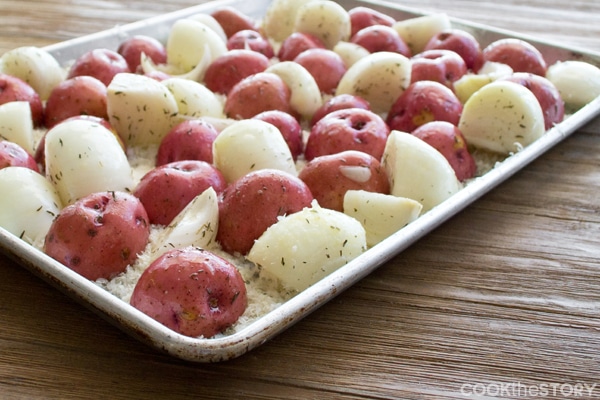 The cheese sticks to the potatoes at the edge of the pan and gets crunchy. In the middle of the pan, the cheese stays a bit gooey. Crunchy cheesy gooey potatoes and sweet onions. Hard to get better than that!

I like to finish them off with a sprinkling of chives before serving, but that part is totally optional. 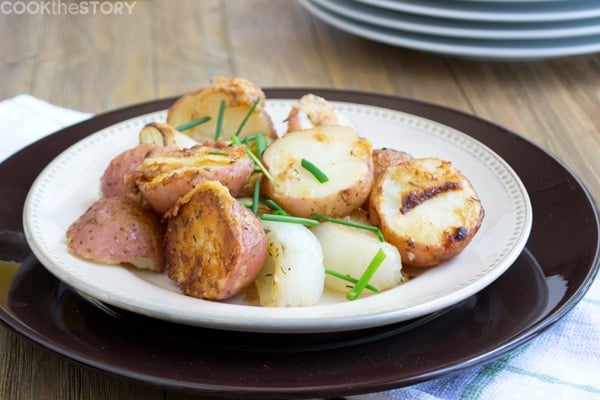 Warning: Your Pan will get Messy

I’ll tell you something though. Your pan is going to be a mess and there’s nothing you can do about it. If you put foil on it first, the cheese sticks to the foil and you don’t get to eat it, which is a major disappointment. If you put parchment down, then the cheese doesn’t brown as well.

You’re just going to have to let the pan soak. And then I’d suggest asking one of your lovely guests to do the washing up. Once you try it though, I think you’ll agree that these potatoes are worth the clean up effort.

And now, the Best Roasted Potato Recipe I’ve Ever Made:

This post originally appeared in May of 2013 and has been revised and republished in October 2020. 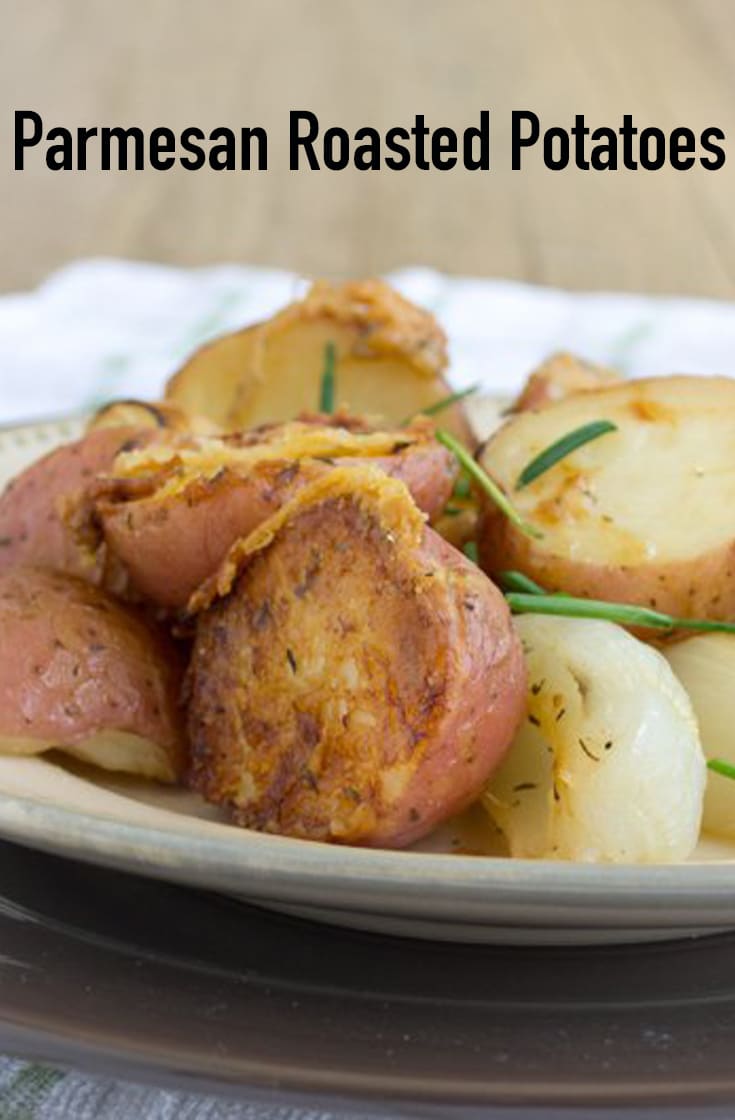 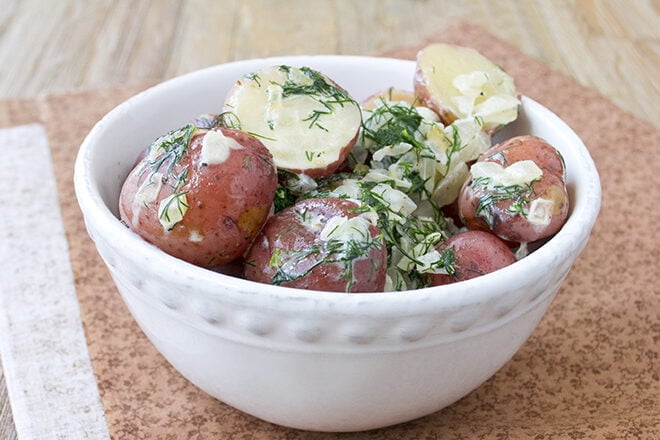 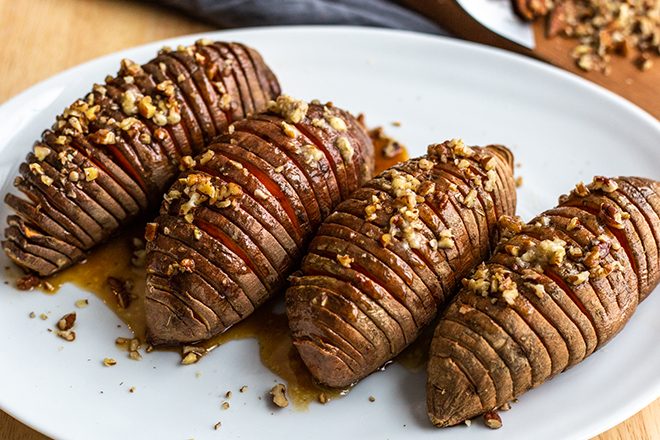 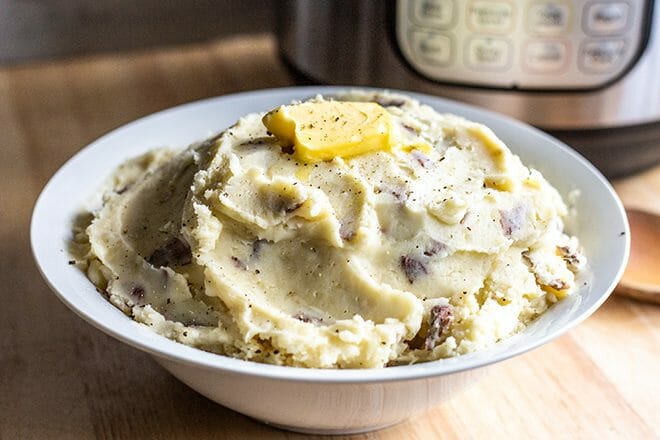 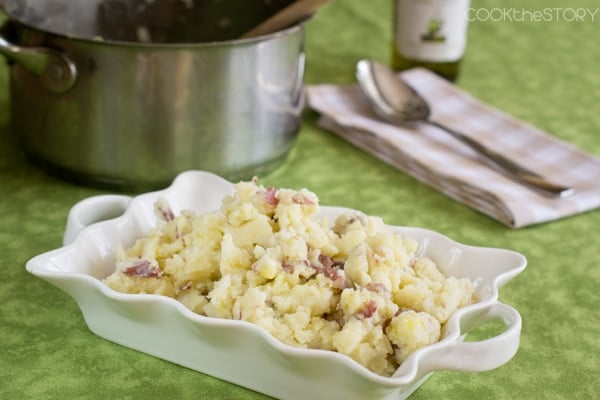