This Mexican Lime Soup is a bit like Tortilla Soup but with a lot of lime and some other fun and unique flavors. Learn how to make this authentic soup quickly.

Lime soup, also known as Sopa de Lima, is an authentic Mexican recipe from the Yucatán Peninsula in southeastern Mexico. 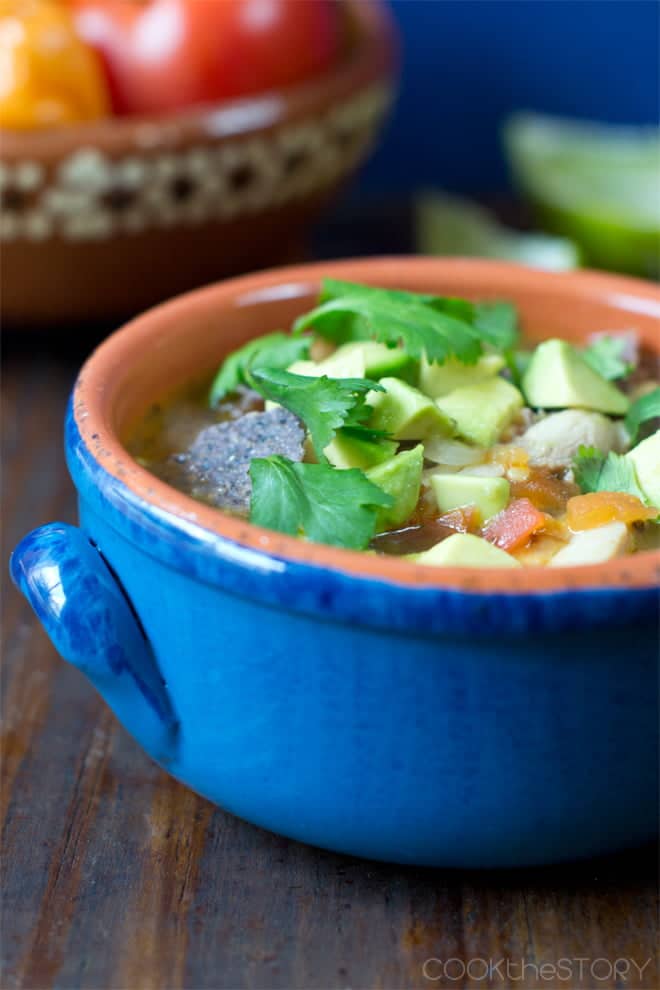 If you’ve ever had tortilla soup, like this one… 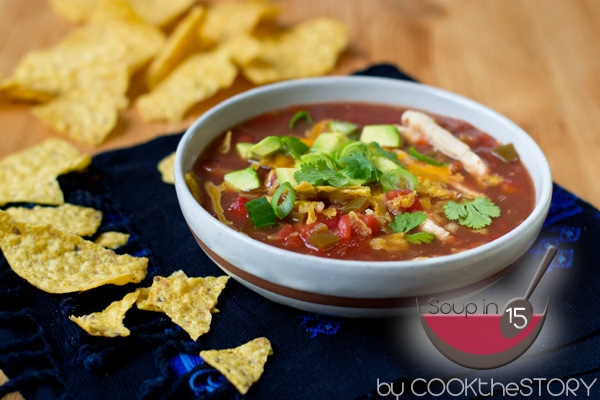 …it’s kind of like that. It’s topped with avocado. And of course, tortilla chips for crunch. The difference is that it has a lot of lime juice and some other unique flavorings from the Yucatán Peninsula. 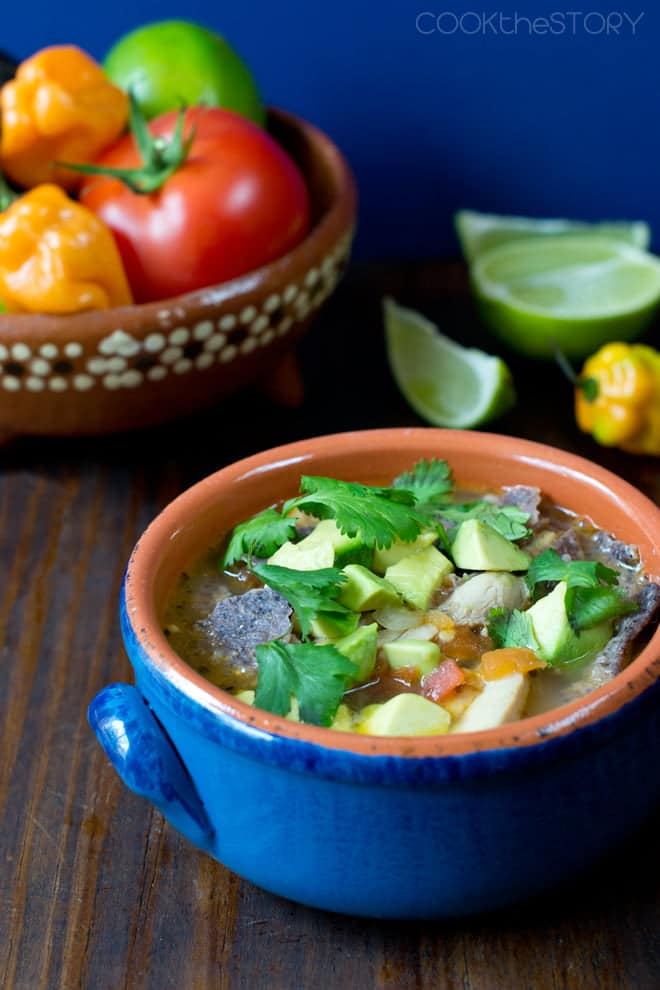 There’s cinnamon and cilantro, which add a unique flavor to the soup. Which leads me to a great tip for making delicious soups. Go into your pantry and finding spices that you wouldn’t normally add to soup, like cinnamon. It changes the flavor completely and makes for a new and exciting meal. To add more spice to your kitchen, try these Mexican Starter Spices. 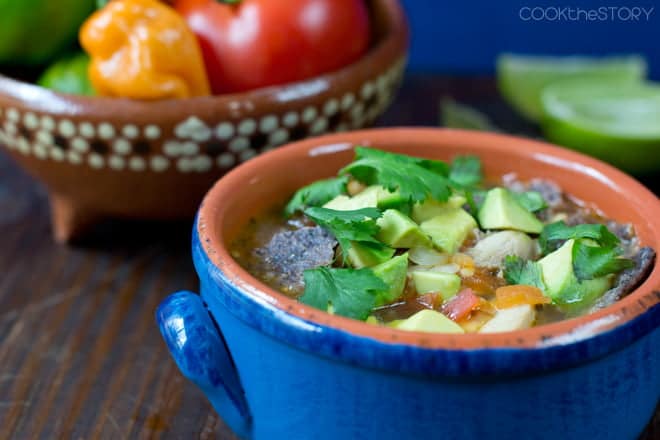 This soup is a bit like Tortilla Soup but with a big blast of lime. But it also has the warm flavors of cinnamon and cumin. A must try if you love Mexican food. To make this soup in under 15 minutes, first gather together all of the ingredients, tools, pots and pans that you’ll need. This is so that everything is at your fingertips. No need to prep any ingredients though. All of the prep is included in the instructions and counts towards the 15 minutes. Yield 8 cups. 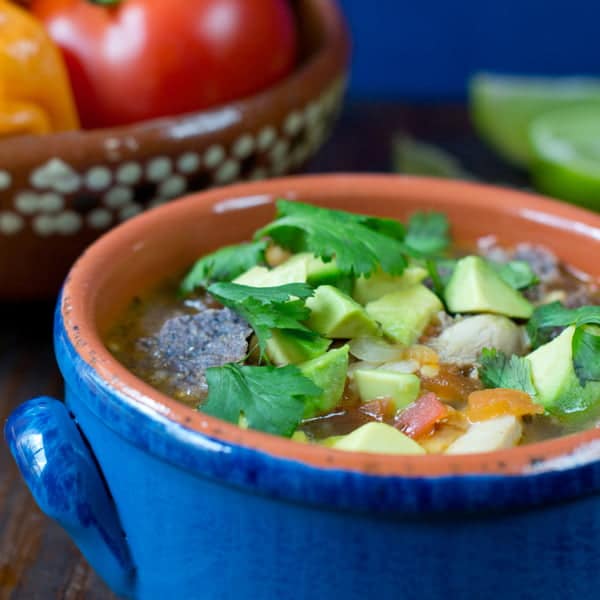