How to Bake Ham Perfectly

A perfectly baked ham is simpler than you might think—here’s everything you need to know to make it like a pro! 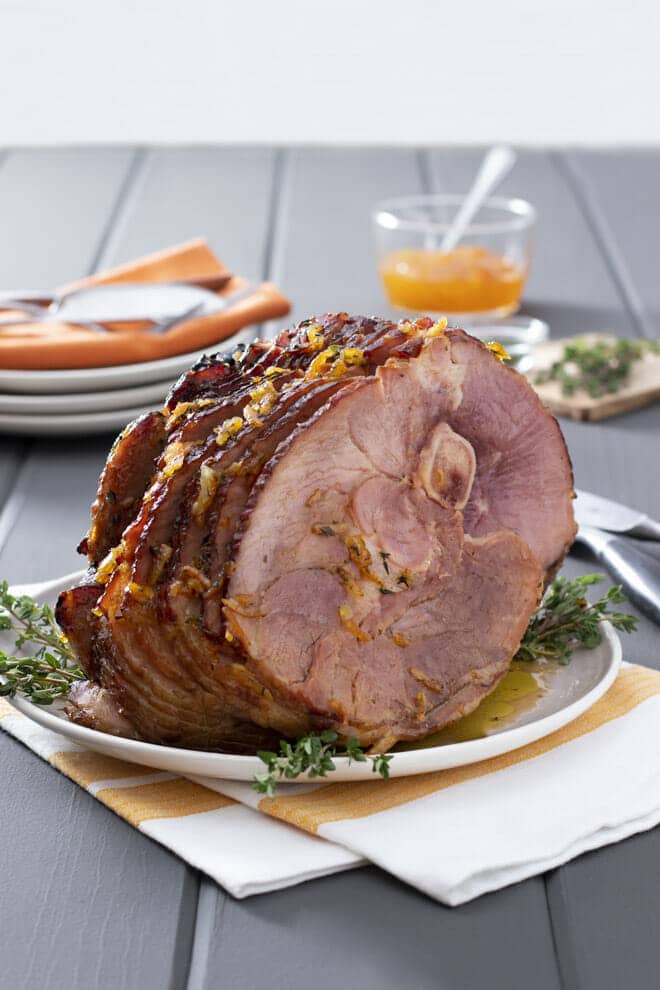 (How do you make sure that your ham is one of the 99% that’s already cooked? The label will tell you.)

Then what’s with all the recipes for ham, you ask? They’re just ways to dress up, or add flavor to your ham as you heat it.

Did you know that? I sure didn’t when I started cooking ham. But it’s kind of a relief, isn’t it? I mean, it’s absolutely not hard to heat something up!

So, what is the best kind of ham to buy?

Now that we’ve got that out of the way, let’s fill in a few basics. According to The National Pork Board, “ham” typically refers to meat from a hind leg that’s been cured and often smoked. A ham can be wet- or dry-cured.

Wet-cured is by far the most common. Dry-cured ham is also known as old-fashioned, country-style, or Southern-style ham and is extremely salty. Because of that very strong and salty flavor, you serve dry-cured ham in small portions—so not what you want for a ham dinner.

Besides coming wet- or dry-cured, ham also comes bone-in or boneless. A boneless ham is sort of football-shaped—for your convenience, it’s sometimes cut into a portion of a football—and is super easy to cut into nice, even slices.

But I prefer bone-in because it has more flavor and a little more fat, which means it tends to be juicier. Bone-in can be harder to carve though, so that’s why I prefer a spiral-sliced one. It means I can get great ham flavor and also a little help in the slicing department.

So if we’re talking about making ham for dinner, we’re typically talking about a fully cooked, wet-cured ham that’s either boneless or bone-in, and if it’s bone-in, ideally it’s spiral-sliced.

The recipe below can be used for a boneless or bone-in ham. However, I have more specific boneless ham cooking instructions over here if you want more details on that.

How do you heat Ham?

You can heat your ham any number of ways—in the oven, on the grill, using a slow cooker, you name it. I like to do a variation of my How to Roast Pork Perfectly method using something like the reverse sear technique—warm it relatively low and slow, then finish it with a blast of heat to get those delicious, crispy, caramelized edges. (And there are lots of them on a spiral-sliced ham. Yay!)

How to Flavor Ham?

Now for the dressing up part. I flavor my ham with a relatively classic orange marmalade glaze modernized with a little fresh thyme. If you have a glaze, sauce, basting mixture, or seasoning that you like, you can absolutely use my cooking method for that, too.

Anything with a decent amount of sweetness is also conducive to crispy edges. And here again, there’s an advantage to spiral-sliced—more nooks and crannies for the flavoring to seep into. (Yay again!)

And that’s all you need to know to cook ham like a pro.

A perfectly baked ham is simpler than you might think—here’s everything you need to know to make it like a pro!

This post originally appeared March, 2019 and was revised and republished in April, 2021. 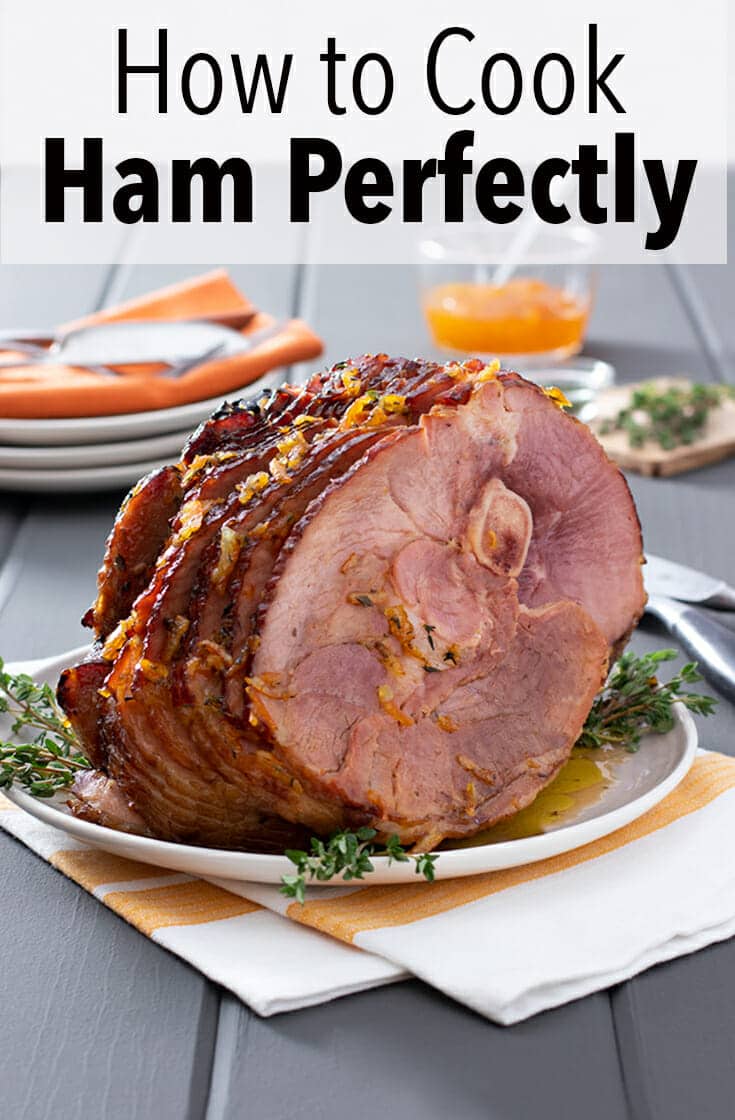 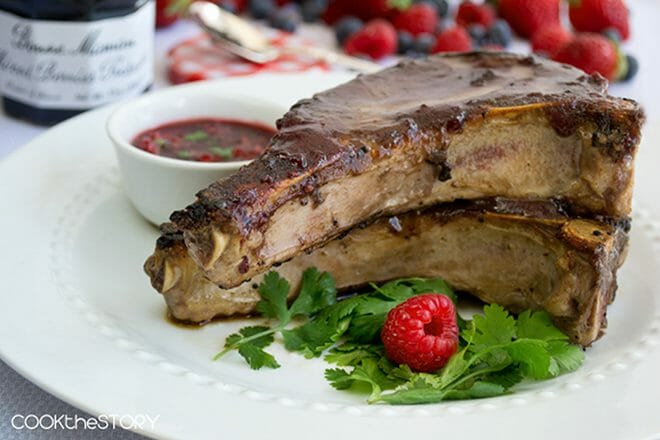 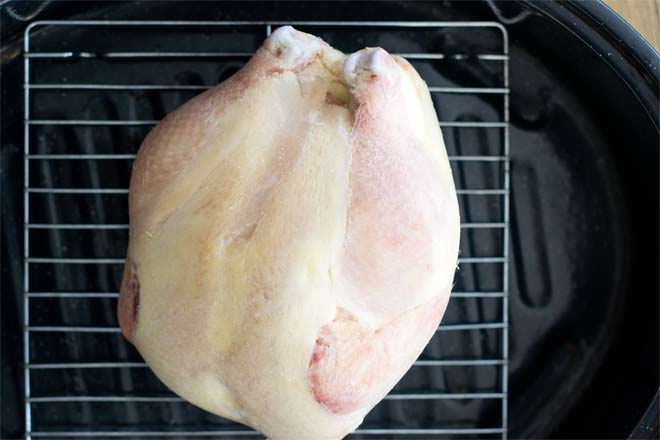 How To Cook a Whole Chicken From Frozen 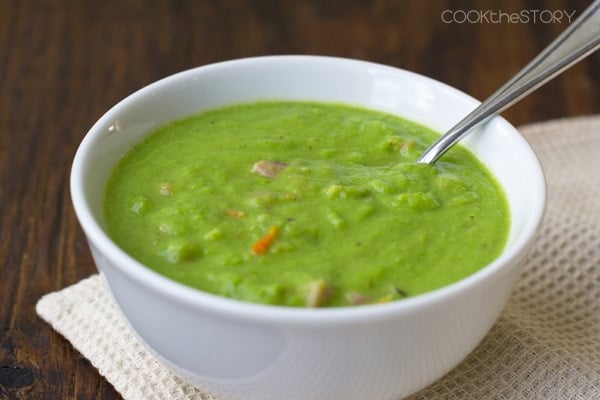 17 responses to “How to Bake Ham Perfectly”