These Buffalo Chicken Stuffed Peppers are the best stuffed peppers I’ve ever had. So much flavor and so quick to make. Make them for dinner tonight! 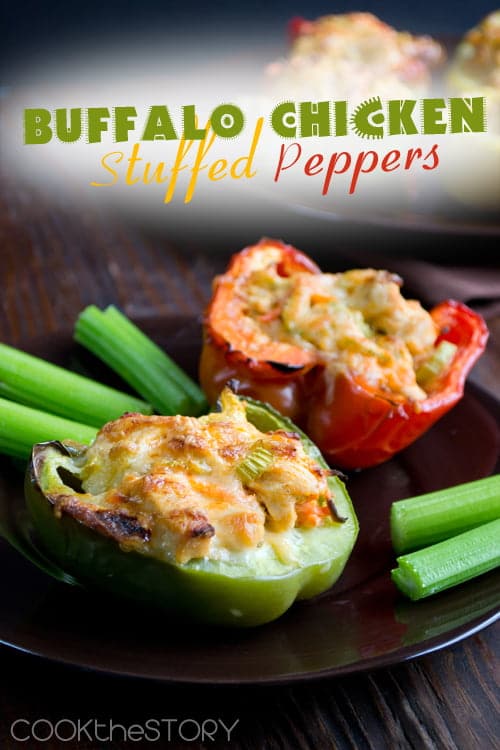 This Buffalo Chicken Stuffed Pepper Recipe is super-quick and super-easy to make. You mixed together chopped up, uncooked chicken breast, shredded cheese, shredded carrots and thinly sliced celery with Buffalo sauce and ranch dressing (do you SEE all those Buffalo chicken flavors in there?). Then you loosely stuff the mixture into peppers and bake until cooked through, 30 minutes. Really easy. Really tasty.

There are two reasons. First, you chop the chicken into small pieces so that it’s quicker for it to cook through.

Second, by doing the peppers in halves (look at the picture or watch the video above) there isn’t as much filling. That means that the center of the pepper can get hot enough quickly enough for the chicken to cook. Note that even though the chicken is small and is very likely to be cooked through in the given cooking time, it is best to be safe and check that the internal temperature of the peppers (right in the middle of the chicken filling) is at least 165F. Use an instant-read thermometer like this one to check that.

This method, using halved peppers, works really well. If you want to do whole peppers, I’d say cook the chicken first. Here’s a primer on how to make stuffed peppers that includes advice on cutting the peppers, what to include in fillings, when to use raw and when to use fully-cooked ingredients, and how long to cook them, in case you want to tweak this at all. And, on the off chance that you’re not in the mood for Buffalo flavors, here’s my more basic Cheesy Chicken Stuffed Peppers recipe.

These peppers have raw chicken inside. Make sure that you test the internal temperature with an instant-read thermometer before serving. They need to be at 165F.

This post originally appeared in February, 2014 and was revised and republished in March, 2021 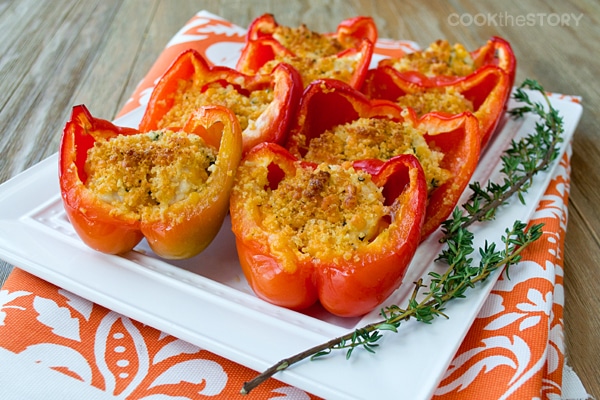 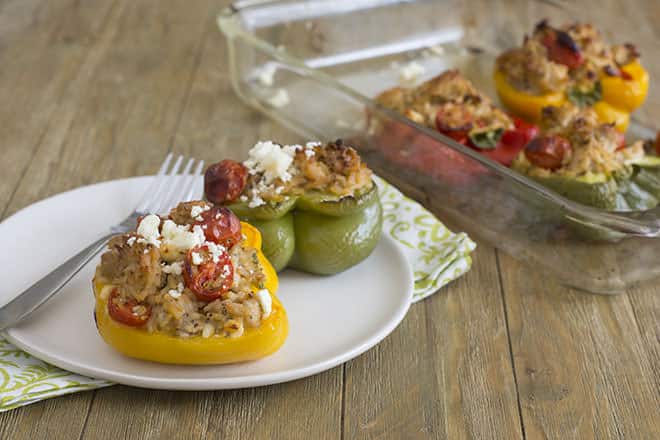 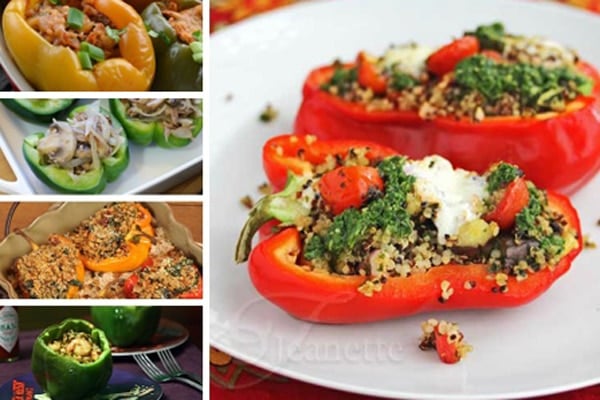 How To Make Stuffed Peppers 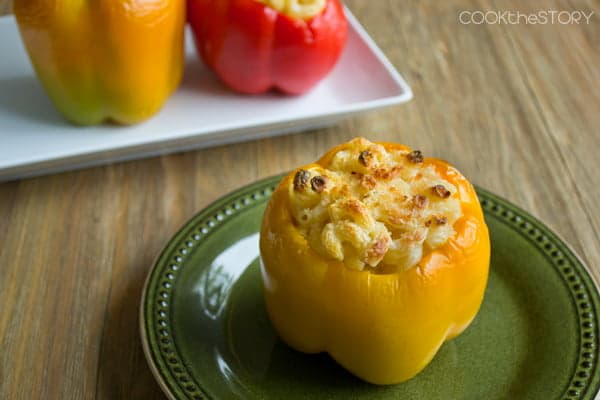