Baba Ganoush, or Baba Ghanoush, is a Mediterranean dip that’s an easy and delicious way to get in all of those servings of vegetables you’ve been promising yourself. My simplified version is easy to make, vegan, and can be used for so much more than just a dip.

For this recipe, the eggplant is first roasted in a hot oven and then broiled, so before beginning, place the oven rack in the upper-middle position.

Roasting the eggplant unpeeled and whole is important. Not only because it’s the easiest and most unfussy way to begin, but it also provides the most roasted, smoky flavor from an ordinary oven, without having to fire up the grill. The roasting process adds more complexity and sweetness to the eggplant, too, by caramelizing the outside skin and flesh just under it.

Roasting whole also eliminates the long and tedious process of cutting and salting the eggplant to remove excess moisture. Some evaporation does take place during roasting, but the majority of the liquid will be removed after cooking, which is also the easiest way in this case.

What Kind Of Eggplant Should I Use?

To get the most bang for your buck in terms of yield for this recipe, select the largest “globe” variety of eggplant you can find in the grocery store. It should have a deep purple, almost black, skin color, free of soft spots and brown spots. The eggplant should be shiny and feel heavy for its size.

How To Roast Eggplant

While the oven is preheating, poke vent holes in various places around each eggplant using the tines of a fork or tip of a paring knife. Eggplants naturally contain a lot of moisture, which can boil and force the eggplant to burst open in a high-temperature oven. So the vent holes allow steam to escape during roasting and prevent any mini explosions from happening. This also helps with evaporation, which will concentrate the flavor of the eggplant.

Place the eggplant onto an unlined baking sheet after poking those holes into each of them. Then peel at least six garlic cloves, the larger the better, and add to the pan. Rub the eggplant and garlic with a little bit of olive oil and place the pan in the oven for 40 minutes, undisturbed. Don’t open the oven door to peek, check on them, turn them, etc. It can sometimes smell like it’s burning (but it’s not), so turning on the oven fan toward the end of the bake time can help with that.

Salt isn’t needed at this point, since it won’t really penetrate the flesh, but is added later.

After the 40-minute bake time, immediately (without opening the oven door) switch the oven from bake to broil. The skin of the eggplant needs to become well charred, like a roasted red pepper might be. Getting there will produce additional steam, and possibly wisps of light smoke, so at this point turn your oven vent on high.

Once the broiler comes to temperature, you can open the oven door slightly to allow any steam or light smoke to escape. Broil the eggplant and garlic on high for about five to eight minutes, depending on the strength of your boiler.

Remove the pan from the oven and let the eggplant sit for about five minutes. The garlic will look burned, but don’t panic. The inside of the garlic is perfectly soft and mellow, and the caramelized outside will add that smoky flavor to the dip we’re after.

How To Make Baba Ganoush That Doesn’t Separate

To avoid this, Serious Eats walks you through a process similar to making mayonnaise for their Best Baba Ganoush Recipe. I found an easier way though, made in a mini food processor or blender, while still keeping the integrity and texture of the eggplant intact.

After letting the eggplant rest for five minutes, slice it open with a sharp knife and scoop the flesh into a fine mesh strainer fitted over a bowl, leaving the skin behind. Be sure to scrape out the flesh that is right against the skin, which will have the smokiest flavor.

The eggplant still contains quite a bit of moisture at this point. This will make the baba ghanoush too watery if left in there, so it needs to be squeezed out. Using gentle pressure, press on the eggplant using the back of a spoon to extract more of the liquid trapped inside. When only a few drops of water are falling out of the strainer, you’ll know it’s ready. Set this aside and make the tahini dressing. A mini food processor works best, but a blender will work, too.

Add the roasted garlic, remaining olive oil, tahini, lemon juice, and salt to the bowl of the mini food processor and blend until it’s as smooth as you can get it. Add the strained eggplant and pulse two or three times. The short, quick pulses will break up the long fibers of eggplant flesh while still keeping it chunky, and also provide just enough power to keep everything emulsified.

What Spices Go In Baba Ganoush?

The baba ganoush flavors most familiar to us all are simply the roasted eggplant, olive oil, tahini, lemon juice, and salt in this recipe. However there are other classic spice blends that can be added as a garnish or as the tahini dressing is being made.

A few pinches of smoked paprika will enhance the smoky flavor of the dip. Cumin and curry powder will make the dip taste more like a hummus. Red chili flakes and fresh cilantro add heat and freshness.

Serve this at room temperature or chilled with hunks of pita or naan. Or try red and yellow bell pepper slices for dipping. In addition to serving this as a dip, baba ganoush also makes a great sandwich spread, or binder for stuffing, and even a flavorful base for wilted greens. Like almost all dips, the flavor will become deeper and more intense the longer it sits. So if there are any leftovers, they’ll taste even better the next day.

Listen to me explain briefly about how to make this delicious dip, with some great tips along the way, by clicking the play button below: 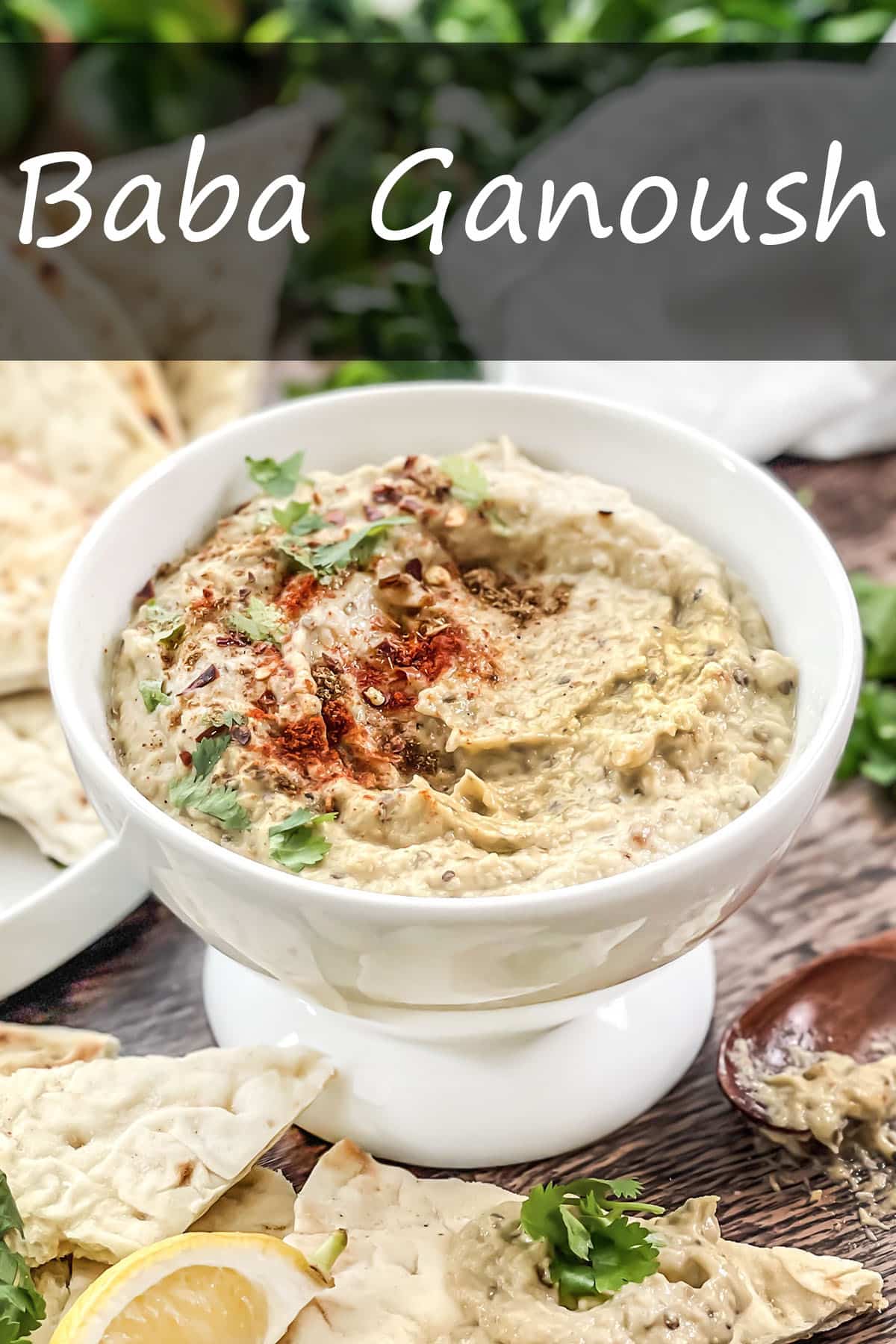 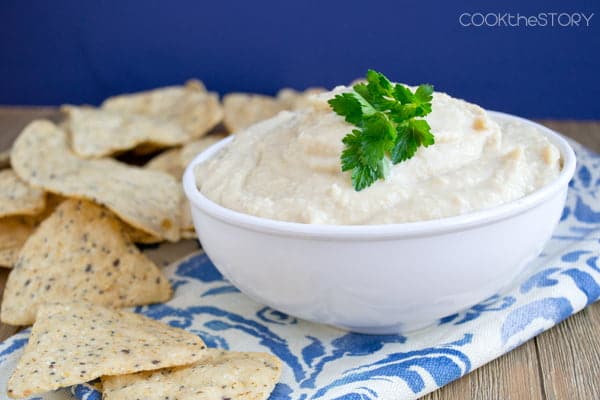 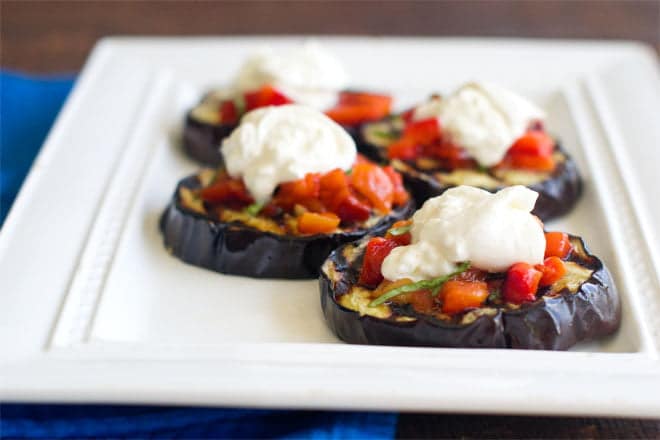 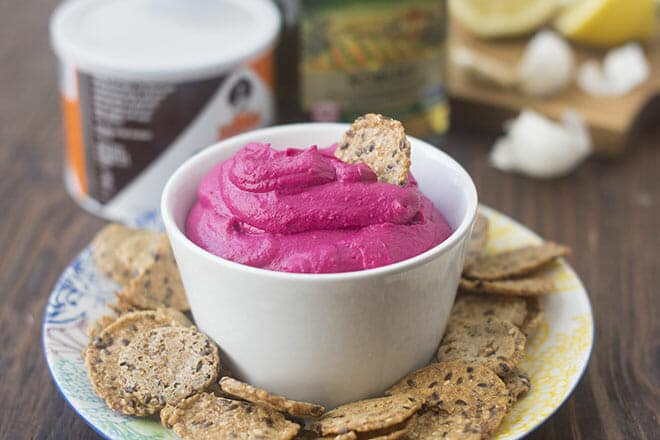