Tartar sauce is so creamy and tangy, and so delicious with seafood. I used to think of it as a restaurant food, but now I make it at home all the time. 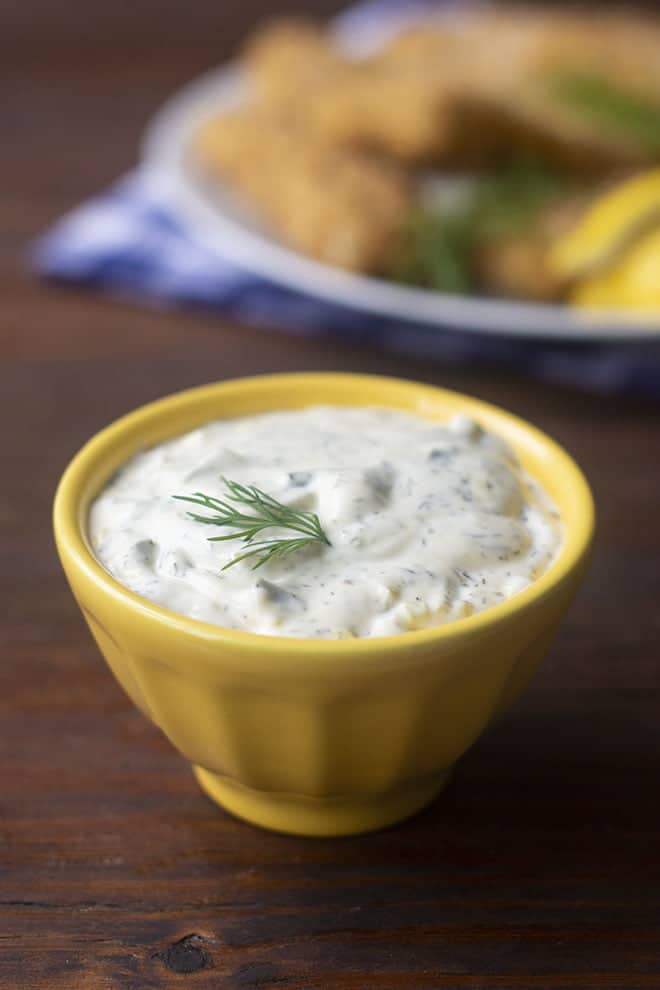 I used to only have tartar sauce when eating fish and chips at a restaurant. I think I bought a container of it once, years ago, but I didn’t use it up quickly enough so it didn’t seem worth it to have it in my fridge all the time. But then I started making my own, just a little bit of it when I need it. Now my fish dinners at home are better than ever!

What Is Tartar Sauce?

Tartar sauce is a creamy condiment with a mayonnaise base. It is served with battered, deep-fried seafood, but is also wonderful with seafood prepared in any way.

The origins of tartar sauce are likely French. It appeared in French cookbooks in the mid-19th century. But there is some evidence that it might have first come from further East.

What’s Tartar Sauce Made Of?

Tartar sauce usually has a mayonnaise base although it can be made with crème fraiche, fromage frais, or sour cream instead.

In addition to the creamy base, it also has chopped pickled ingredients like pickles, capers, and olives. In addition, there is often some lemon juice or vinegar for tang, and some herbs like dill or parsley for a bit of fresh flavor. Some people also add Dijon or spicy mustard for some extra depth and tang.

In North America, it is common to make tartar sauce out of mayonnaise and green relish. That makes it super quick and easy to make.

What Kind Of Relish To Use

If you’re making tartar sauce using relish instead of chopped pickles, choosing the right relish is important. I’ll admit here that I’m not usually a relish fan and so this has always been tricky for me. I find the typical relishes out there to be too sweet. When I’d mix them with mayonnaise, I didn’t like the result at all.

If you don’t like regular relish, then I have something exciting for you to try. There’s a product out there called Dill Relish. Here’s what it looks like. The Dill Relish is sold near the other relishes in the condiments section of my grocery store.

The Dill Relish look like regular relish but it’s made from dill pickles instead of sweet pickles. It’s therefore not really sweet at all. It’s quite sour and, well, it tastes like dill pickles! Ever since I discovered it, I’ve been using it on all kinds of things, and mixing it with mayo to make tartar sauce is one of my favorites.

How To Make Tartar Sauce

Tartar sauce is really simple to make. You’re really just mixing things together. My go-to recipe is a mixture of mayonnaise, the dill relish, some dry dill (or fresh if I have it), garlic powder, salt, and pepper. That’s it! Just mix it up.

How To Store Tartar Sauce

The homemade tartar sauce will stay good in the fridge for 5-7 days. Keep it covered in an airtight container. If it separates a bit such that it’s watery on top, simply pour off any water that you can and then stir it well before serving.

I have honestly not tried freezing it. I only ever make a small batch and it never makes sense to try it. Also, since dairy in general doesn’t freeze great, I figure it wouldn’t be ideal. It would probably separate badly and not look very nice.

Tartar sauce is so creamy and tangy, and so delicious with seafood. I used to think of it as a restaurant food, but now I make it at home all the time.

*I prefer to use dill relish here. You can use whatever kind of relish you have. If you use regular green relish, you might want to add 1/2 teaspoon of lemon juice or white vinegar for a bit of tartness and to counter the sweetness of the relish. 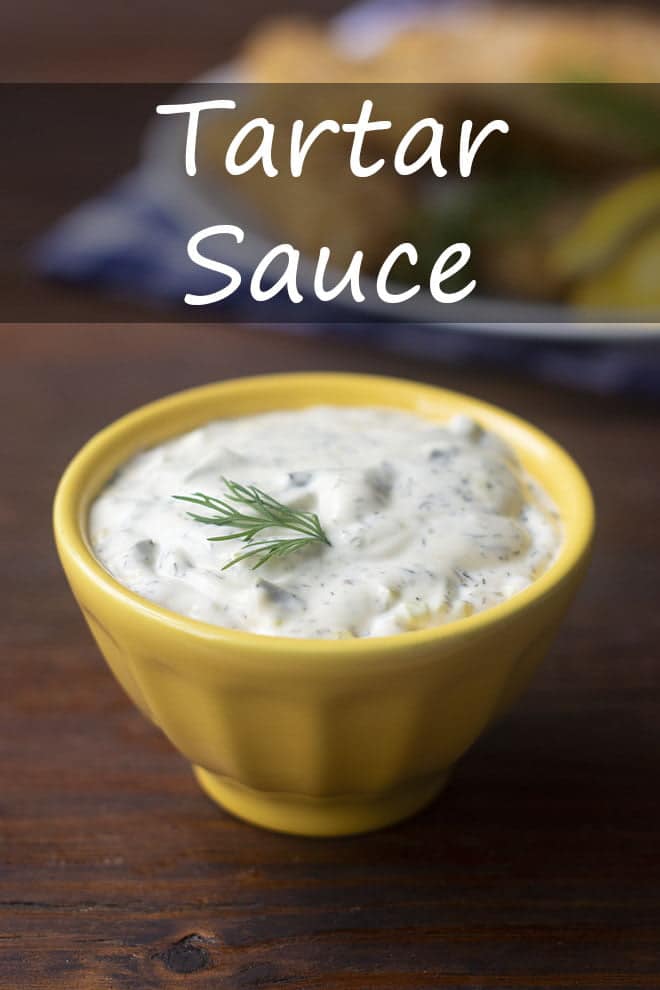 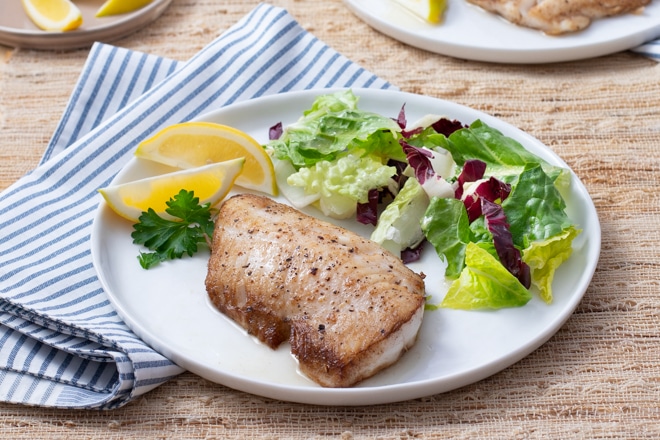 How to Cook Fish Fillets Perfectly 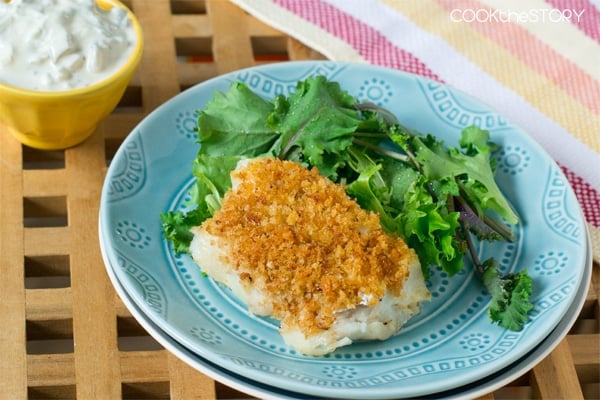 How To Cook Fish From Frozen 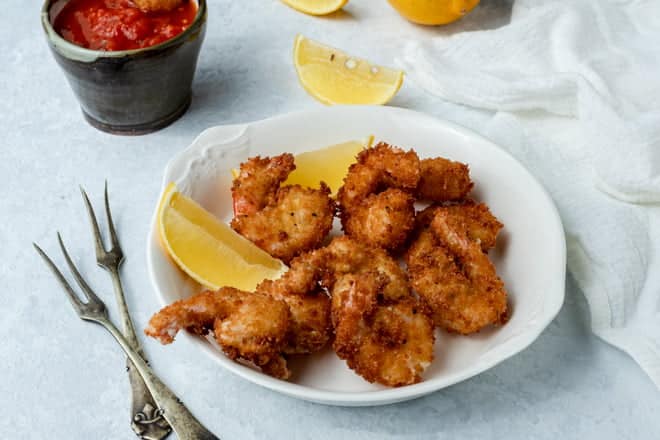 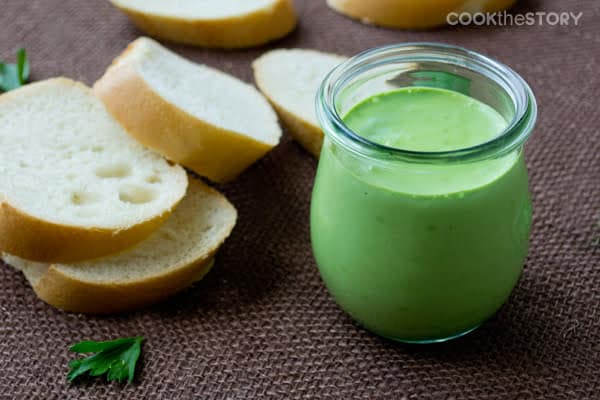