This Potato Leek Soup Recipe (a.k.a. Vichyssoise) is ready in under 15 minutes. There’s a secret to making it so quickly and I can’t wait to share it with you. With this soup being so quick and easy, you have time to grab some leaks and celebrate National Vichyssoise day on November 18!

Did you know that the French-sounding Vichyssoise Soup was invented in New York City? This cold cream of potato and leek soup was originally made by Chef Louis Diat while working at the New York Ritz Carlton. He named it after the French town Vichy, which was near his home town.*

Since this soup is an American invention, it’s hardly surprising that we have a National Vichyssoise day. And it’s tomorrow!

In honor of this special day I’ve come up with a really really quick version of Vichyssoise. This one, like all of my SOUPin15 recipes, is ready in under 15 minutes. 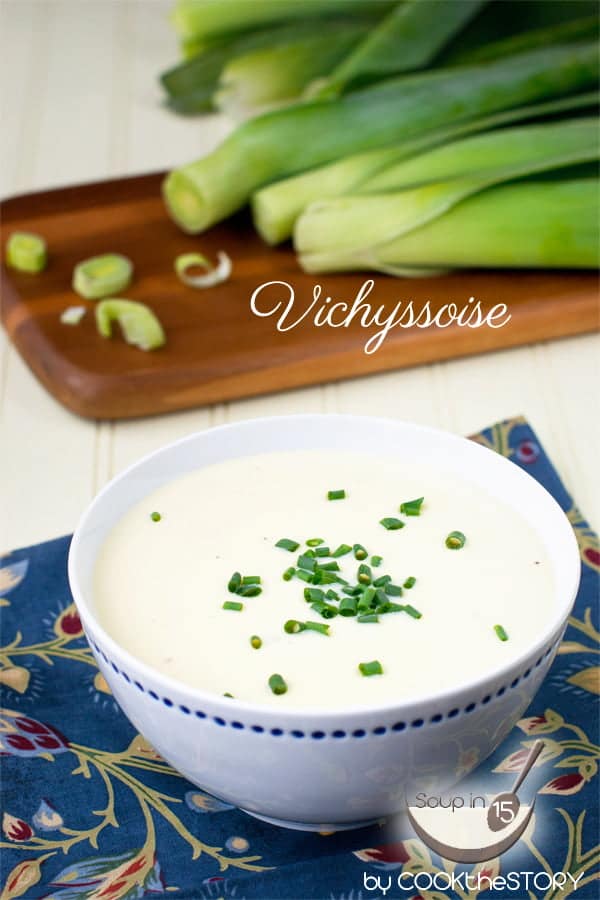 You may recall from this post about Loaded Potato Soup that it was difficult to get potatoes to cook in a very short time. I therefore knew that I could not start with raw uncooked potatoes, cook them and then get them chilled in under 15 minutes. So I decided to start this soup off with canned potatoes. 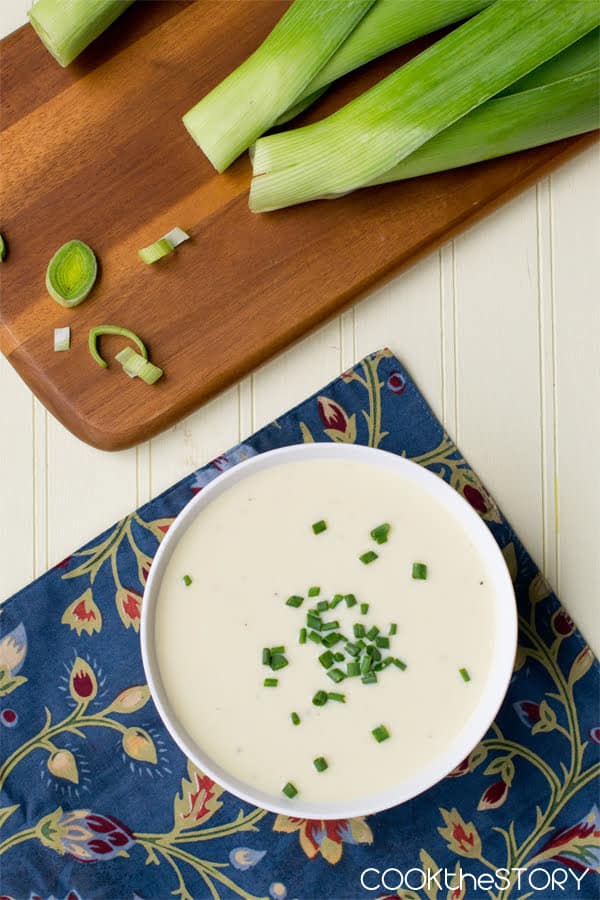 I’ve told you about canned potatoes before. They really are a brilliant thing. I always have a can or two in my pantry because they can be used to make quick hashbrowns or roasted potatoes. And because you can add them to soups and stews.

If you’ve never used canned potatoes before you might be worried that they will taste weird or that the soup will taste weird. Don’t worry at all. Nobody will be able to tell. So far I’ve served this soup to eight different people none of them suspected. In fact, they all raved about how creamy and rich the soup was. 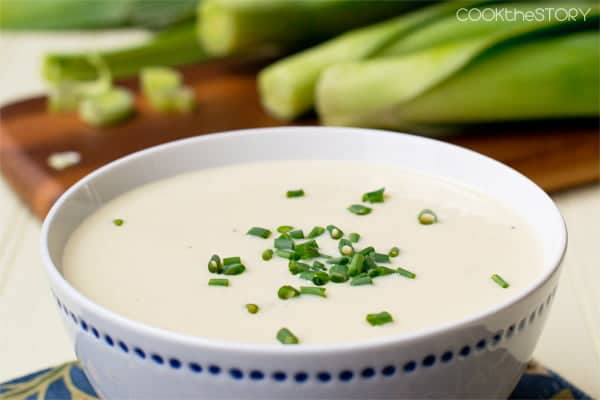 Note that the recipe includes instructions for serving this soup both hot and cold.

Oh, and if you enjoy cold soups, you should also check out my Roasted Red Pepper Soup recipe. 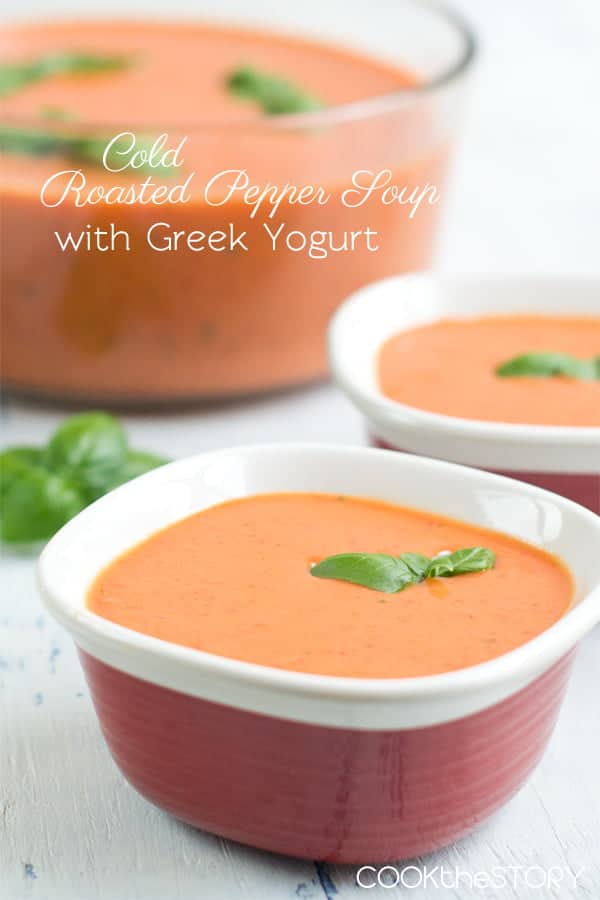 This super-quick version of Vichyssoise uses canned potatoes to speed up the process. They’re fully cooked and ready to add to the soup before pureeing it. If you would like to serve this soup hot, see the note below. To make this soup in under 15 minutes, first read through the recipe. As you read gather together all of the ingredients, tools, pots and pans that you will need. This is so that everything is at your fingertips while you cook. Do not prep any ingredients though. All prep is included in the instructions and counts towards the 15 minutes. See you in 15! (Yield 7 cups, serves 6 as an appetizer)

To serve this soup hot, do not chill the bowl and broth and do not add the ice cubes. Instead, add 1 cup extra cream or broth or use water. Proceed with the recipe. After adding the half and half and the nutmeg, heat the soup over medium heat, stirring often, until heated through.

*The info about the origin of Vichyssoise comes from What’s Cooking America.