This barley with mushrooms recipe is a healthy, meatless side dish. This tasty recipe comes together quickly and uses a grain that you can feel good about. 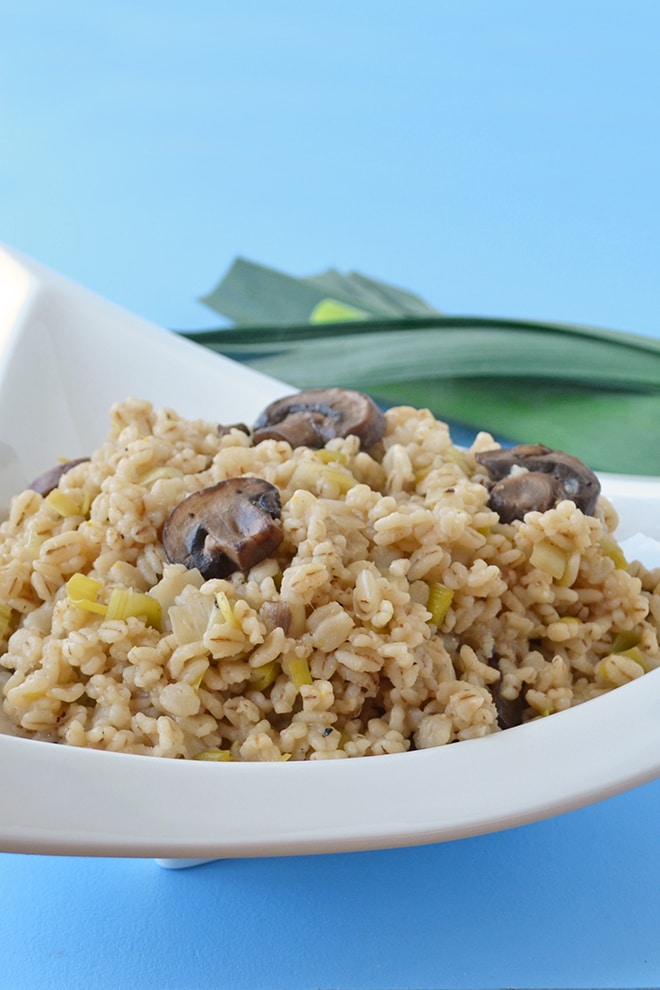 Barley. I adore barley. It takes me back to my childhood kitchen and to my parents’ restaurants where there was often a big pot of soup full of barley and veggies on the stove.

Barley is the world’s oldest cultivated cereal grain. Pearl barley is usually what you will find in the US, where the outer hull has been removed and which cooks faster than the unprocessed version. There’s also quick cooking barley, which is what we’ll be using today.

Once cooked, barley is a little chewy and has a slightly nutty flavor, similar to brown rice or farro. You are probably most familiar with it in soups.

But barley shouldn’t be relegated to soupdom forever. Barley makes a fantastic side dish. You can use barley the way you use rice by serving it plain beside some fish or under a stir-fry and, as with rice, you can also add some flavors to it while it cooks to make a Barley Pilaf. Unlike white rice though, barley is super-healthy. It’s a whole grain packed with fiber and nutrients.

Now, I’ll admit that barley does have a long cooking time (similar to brown rice) but there is a product called Quick-Cooking Barley that is really delicious and takes only 15-ish minutes to cook. This recipe calls for the quick-cooking variety so that this barley side dish recipe can be made on any busy weeknight.

Two brands of Quick-Cooking Barley to look for on your grocery store shelves: Quaker and Mother’s Natural.

Oh, and the mushrooms in here are lovely and so meaty. however, while mushrooms have a meaty texture, they are not meat. I know, it’s confusing, and you’re probably now wondering if they’re vegetables. If you are, check this out. And some people have even asked more before if they’re mold.

This barley with mushrooms recipe is a healthy, meatless side dish. This tasty recipe comes together quickly and uses a grain that you can feel good about.

*Quick-cooking barley is sold in a box. In my current grocery store, it is right near the normal barley, which is near the rice. In my grocery store in Toronto, I think I remember it being near the boxes of tabbouleh. That was about 3 feet away from the barley, so close by, but not right next to it. There are two brands that I know of.

This post originally appeared in January 2013 and was revised and republished in February 2021. 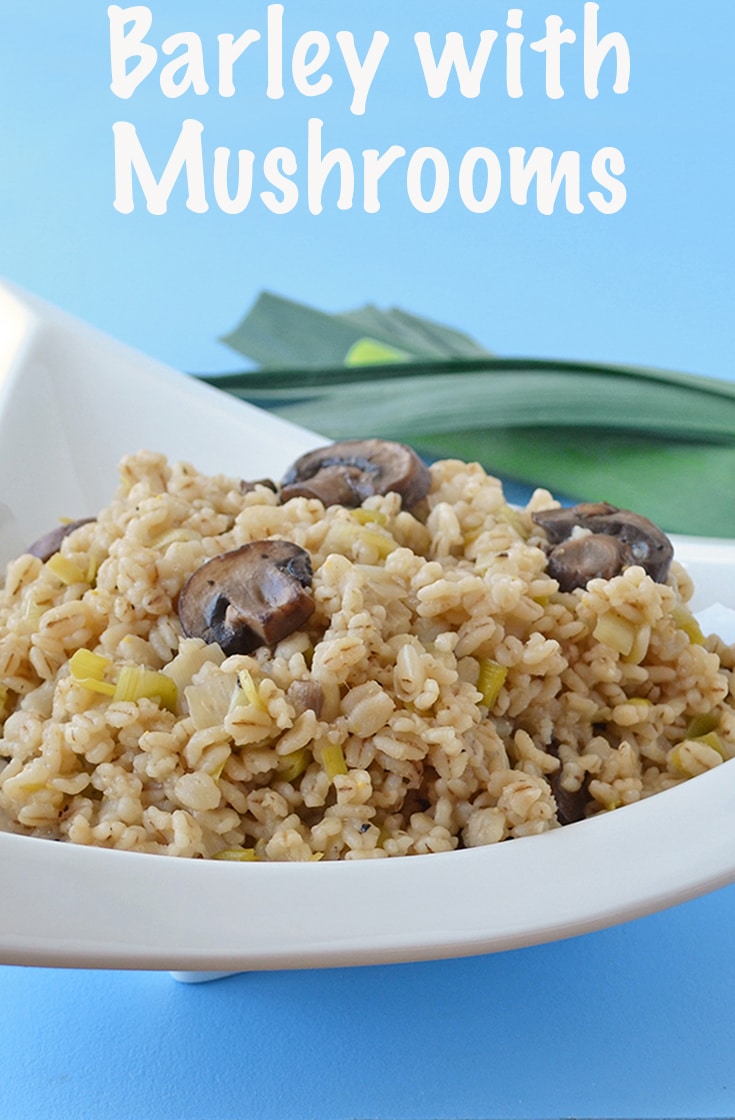 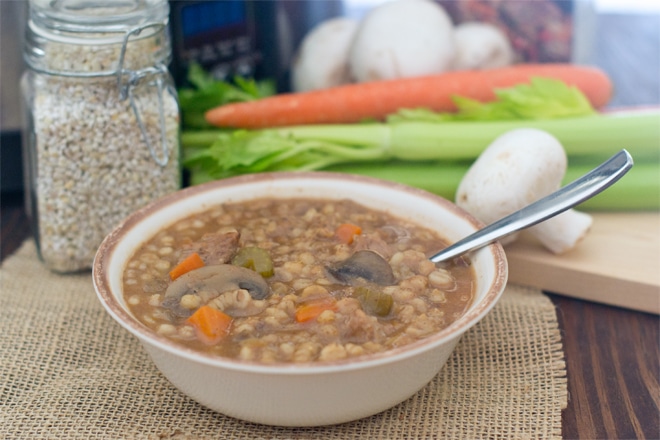 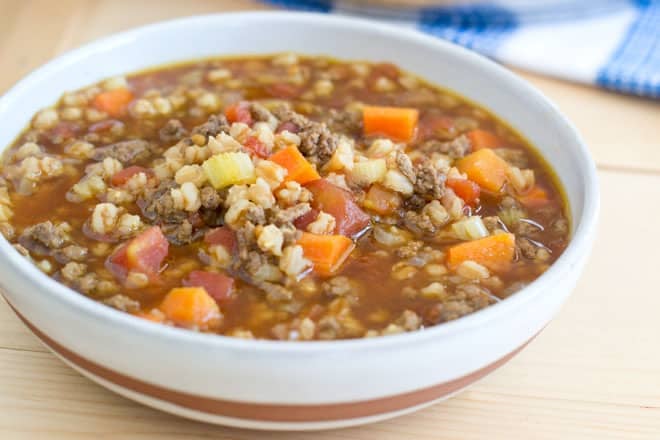 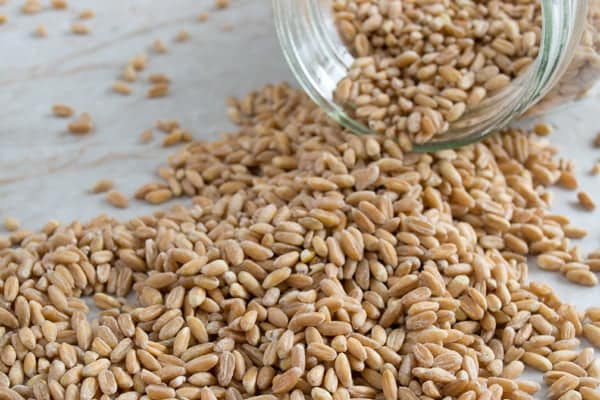 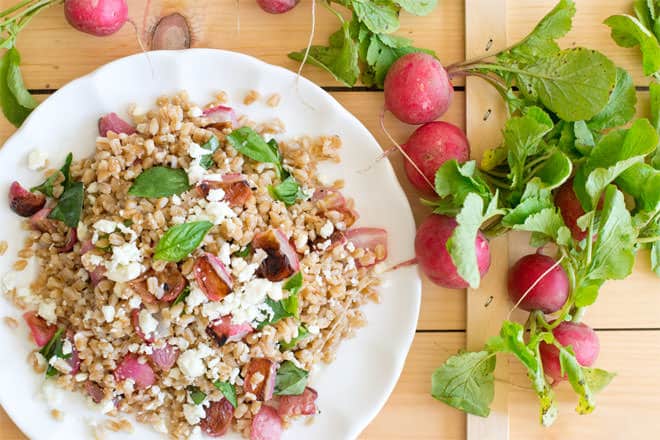 15 responses to “Barley with Mushrooms”