Home > Side Dishes > The Best Way To Cook Beets: Oven-Roasted

The tastiest beets are always roasted beets. And, if you learn how roast them properly, roasting is the least messy way to cook them too. It’s a win-win!

I really love beets but dealing with them can be a messy, staining business. That’s why I came up with this borscht recipe that uses canned beets. It works amazingly well. And while I do love the canned beets in that soup (you can’t even tell they came from a can!) I don’t like canned beets as much on salads or as a side dish. Fresh beets that have been roasted are truly the best beets you can ever taste.

The dilemma: If I want to have beets on a salad or as a side dish, but I don’t want to use canned beets, and I don’t want a big mess, what do I do?

The No-Mess Way To Cook Beets

The reason beets are so messy is that when you peel them, you expose their inner juicy scarlet flesh and those juices bleed everywhere. I wondered what would happen if I tried cooking beets without peeling them first. I tried roasting them with the skins on and, voilà! Success!

With this method, you skip having to peel the beets, and thus, you don’t have a mess.

Roasting beets really is the tastiest way to cook them because it keeps the flavors inside of them. When you boil beets, some of the flavor from the beets goes out into the water. You end up with a less concentrated flavor.

When you instead roast beets, some of the beets’ liquid evaporates from the beets, but the flavor stays in, and it actually gets more concentrated.

So, we now know that roasting beets with their skin on is the least messy way to cook them and also results in the most delicious beets. Here’s how you do it!

What Temperature To Roast Beets At

I roast beets at 450F. However, mine are wrapped in foil, as you’ll see below. The reason for this is because it’s even less messy. Any red color stays in the foil.

Since I’m using foil to wrap up the beets anyhow, I can use the high heat and not worry about the outsides of the beets burning. If you’re not using foil, you’ll want to decrease the heat to 350F. The beets take quite a while to cook through in the oven and without the foil, they will burn at the high temperature.

How Long To Roast Beets

It really depends on their size. Beets range from the size of a golf ball to as big as a softball. Also, the density of beets can vary, with some being harder, and thus taking longer to cook, than others. But don’t worry about this. I have a trick to get you perfectly cooked beets no matter what their size is.

As mentioned, beets come in different sizes and densities. The times given above are therefore just an approximation. The best thing to do is to do is to test if your beets are cooked through by sticking a skewer (metal or wooden) right through the beet (if your beets are individually wrapped in foil, you can put the skewer right through the foil as well). If it goes in and all the way through easily, it’s ready.

When I buy bunches of beets at the grocery store, sometimes beets from the same bunch are differently sized. There is often one really big one and two smaller ones. If that’s the case, you’ll want to test each beet for itself and not assume that just because one beet is done, they all are.

Now, if you test the beets and some are ready while others aren’t, this is perfectly fine. Just take the beet that are done out of the oven and put them onto a plate. Leave them wrapped up in foil. They’ll stay warm for quite awhile while the other beets finish cooking.

Once you have your delicious roasted beets, you’ll want to know how to use them. My favorite way is to serve them warm tossed with butter and salt. The butter melts with a bit of beet juices to make a light pink sauce. It’s pretty and it’s so good!

Here are some other amazing recipes that use beets:

Photo Tutorial: How To Roast Beets

Rinse the beets well. Don’t use a scrub brush or anything though. You don’t want to rupture the skin because that will expose the staining juices and they’ll start making a mess. Just rinse and rub with your fingers.

Don’t worry if some dirt clings to near the stems. You’ll be trimming that all off later. For now, trim the stems off but make sure to leave a good inch or two of stem attached to the beet. Why? Because if you actually cut into the beet root you will again expose that staining flesh. Our goal here is to keep the juices enclosed inside of the skin as much as possible.

Line a cake pan with aluminum foil. In case any juices do escape, you don’t want them getting on your pans and making a mess. Avoiding mess is the whole point here, after all. Note that if you are only roasting one or two beets and you want to use less foil, you can wrap the beet itself in foil instead of the whole pan. Then put the wrapped beet or beets into a pan before putting them into the oven.

Arrange beets in a single layer in the dish. Don’t pack them too snugly. You want air to circulate around them. An 8×8″, 2 quart baking dish is perfect for 4-5 medium-sized beets.

Cover the dish tightly with aluminum foil. This keeps the heat in, stops the beets from burning, and helps the beets cook more evenly and more quickly.

The tricky part is timing. Beets really vary in size and, I find, in hardness. Some take longer than others. Use a wooden skewer to test if the beets are done. Put the skewer into a beet. If it slides in easily, it’s ready. Unfortunately, here you are puncturing the skin so some of those messy juices will come out, but it won’t be too bad. Trust me. The beets will take between 45 minutes to an hour to cook.

Let the beets rest until they’re cool enough to handle. Then use your fingers to rub the skin and peel it off. Keep the beets in or over the dish as you do it. Your hands are going to get a bit messy here but it’ll be ok.

Note that some beet skins are stubborn and you may have to use a paring knife to remove the skin.

Trim off both ends of each beet and transfer beets to a plate.

Other Ways To Cook Beets

I am positive that roasting beets is the best way to cook them. However, life always has room for variety, right? if you’d like to cook them another way, my favorites are:

Finally, if your beets come with really nice, undamaged greens and stems attached, I have to tell you that those are amazing. Beet greens is one of my favorite vegetables. I often buy beets just to get the greens. If you are lucky enough to get nice greens, please don’t throw them away. Instead, cook them like this. You will be very happy, I promise. Enjoy! -Christine xo

The tastiest beets are always roasted beets. And, if you learn how roast them properly, roasting is the least messy way to cook them too. It’s a win-win!

Listen to me explain briefly about how to make these beets, with some great tips along the way, by clicking the play button below:

This post originally appeared in November 2017 and was revised and republished in August 2021. 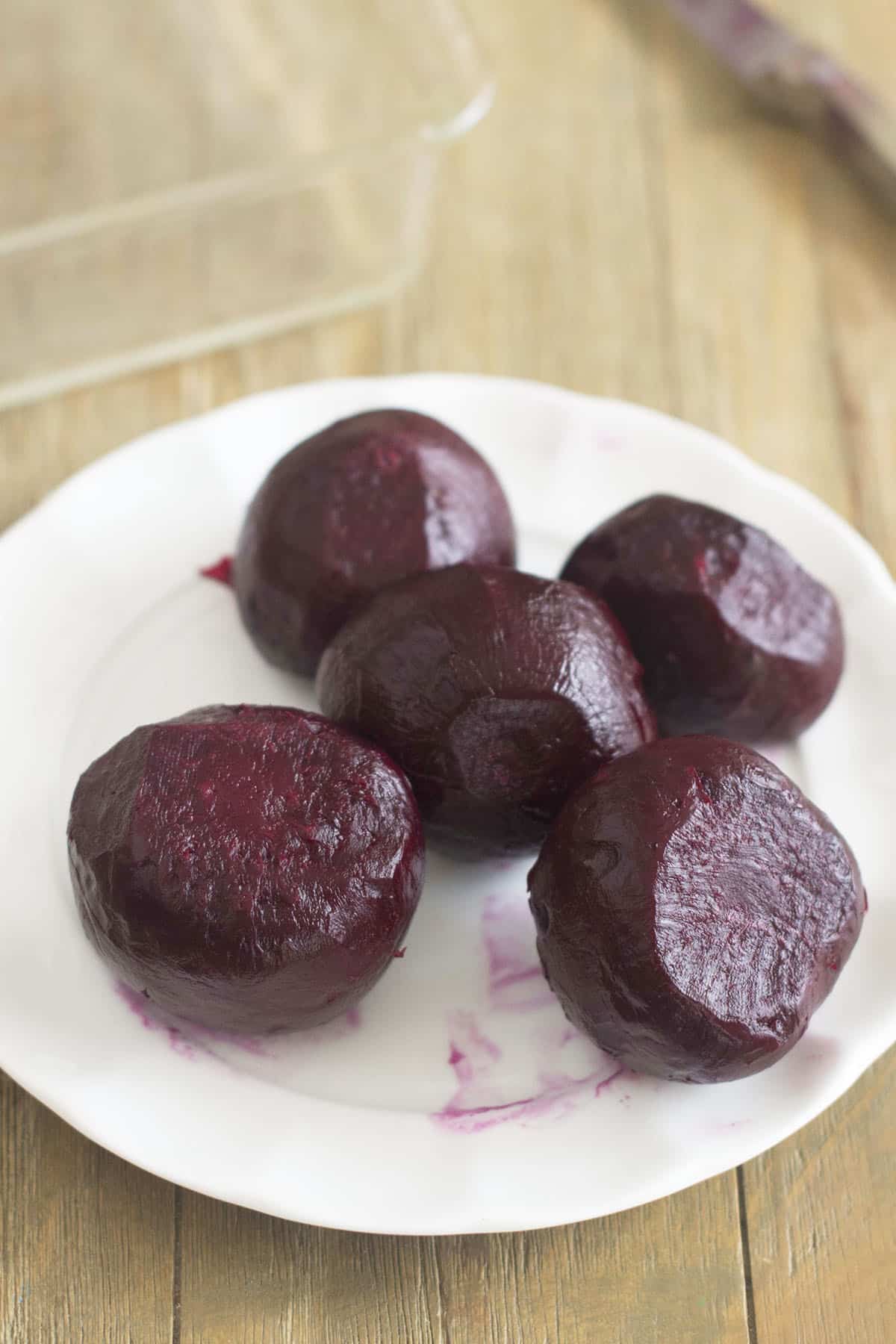 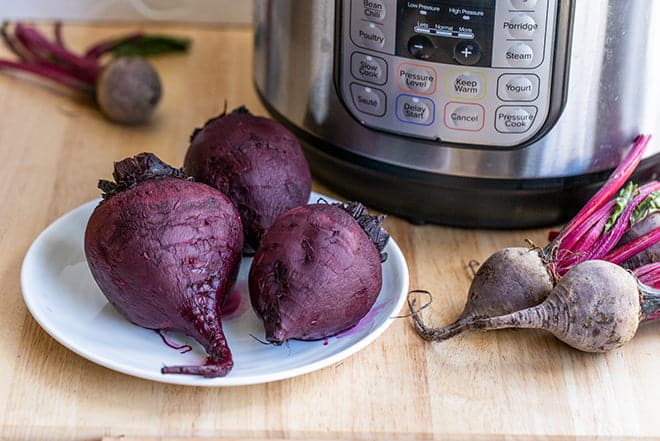 How to Cook Beets in the Instant Pot 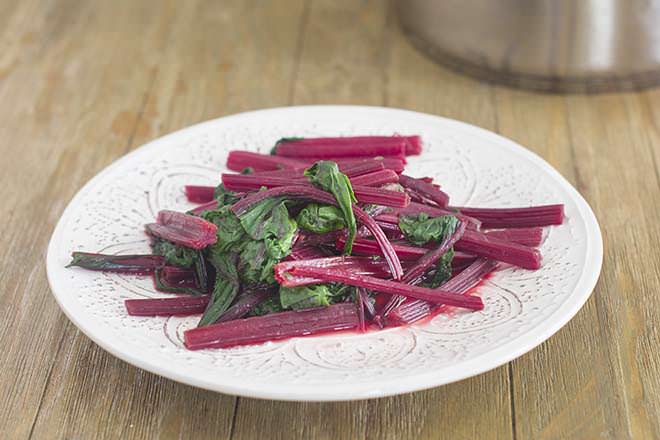 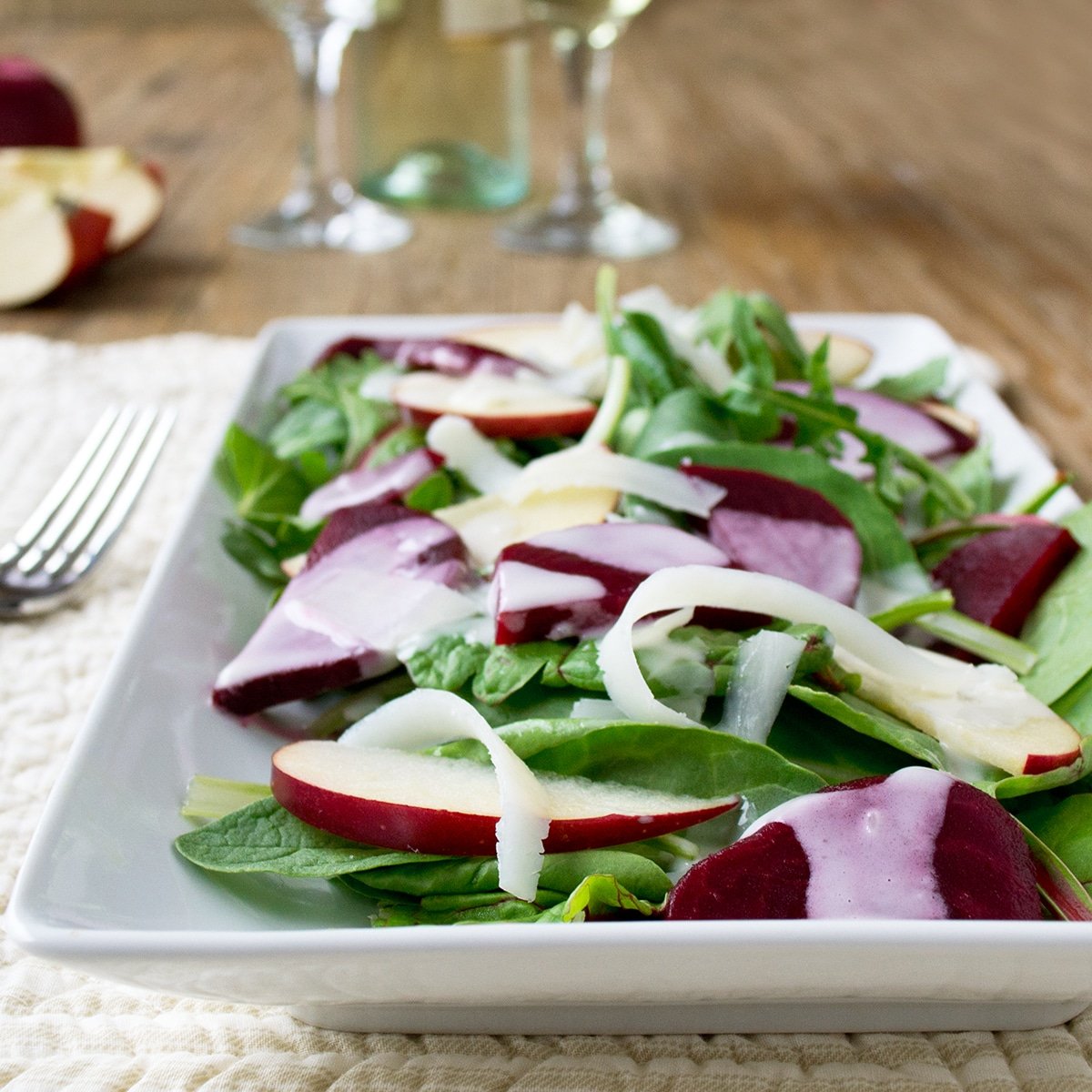 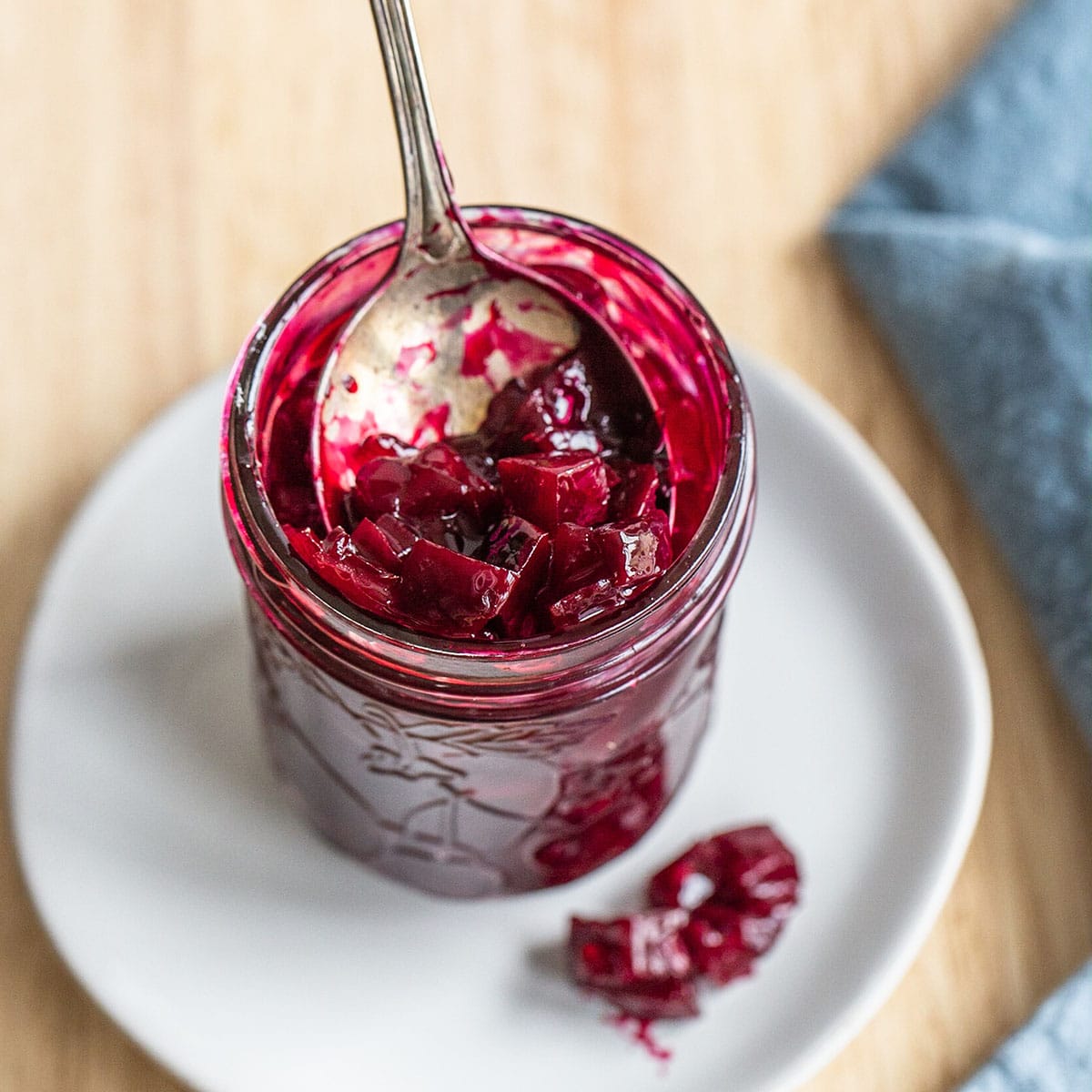 41 Responses to The Best Way To Cook Beets: Oven-Roasted