Get this delicious recipe for a lean protein-packed Alfredo Sauce that uses Greek yogurt instead of tons of butter and cream. This post is sponsored by Stonyfield. 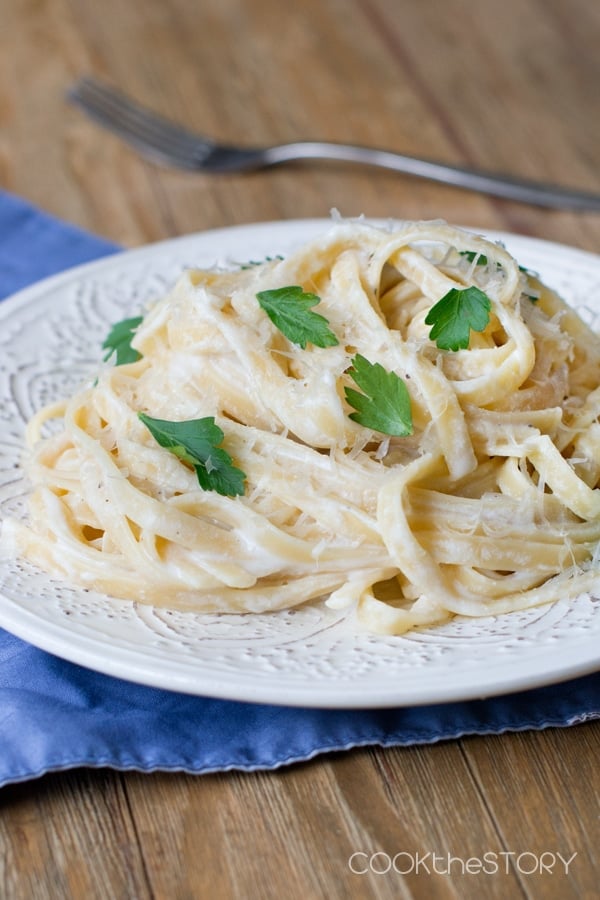 I love using Greek yogurt in pasta sauces. It’s so thick and creamy while also being low in fat. It also has a lot of protein, which really fills me up. I make this Spaghetti Carbonara with Greek Yogurt all the time. And now, I’ve added today’s Greek Yogurt Alfredo Sauce to my line up.

As with other Greek yogurt pasta sauces, it’s quite a bit leaner than the traditional version and it’s really easy to make.

How to Make Greek Yogurt Alfredo

Here’s A Video Showing How To Make Greek Yogurt Alfredo:

To make the alfredo sauce, you first melt some butter and add minced garlic. Warm it for a few seconds. Add some white wine (or water, vegetable broth, or chicken broth). Heat it up to a simmer.

Then remove it from the heat, let it cool a tiny bit and then stir in Greek yogurt, salt, pepper, and shredded Parmesan cheese. 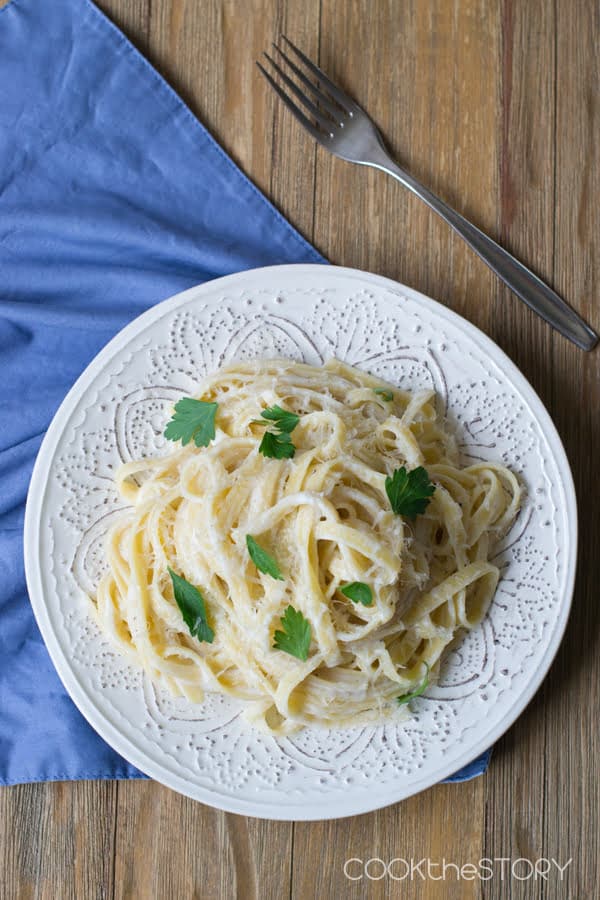 Put the pan on low heat, stirring until the Parmesan has been incorporated in, but don’t let it reach a simmer. Yogurt is finicky at higher temperatures and could easily curdle on you.

In fact, you should be careful about how you add the finished sauce to your noodles for that very reason. If you drain your noodles and return them to the still very hot cooking pot and then add your Greek yogurt sauce, the heat could cause curdling.

Instead, drain the noodles and transfer them to a room temperature serving bowl. Stir them around for 30 seconds or so to cool them a bit. Then add the sauce, stir, and serve. Note that if something goes wrong and it does curdle, no worries. It’s perfectly safe to eat. And it’ll still be tasty too, just kind of clumpy as though you added garlicky Parmesan-flavored ricotta to your noodles instead of sauce.

To serve this sauce, cook 14 oz. pasta according to package directions. Drain. Transfer pasta to a large serving bowl and stir it by itself to cool it slightly for 30 seconds. The cooling makes it less likely for the heat to curdle the sauce. Add the still-warm alfredo sauce and stir to coat. Garnish with shredded Parmesan cheese, if desired.

*Do not use grated Parmesan. The measurement is different. Grated Parmesan takes up less space. If you do have grated and have to go with it, use 1/2 cup.

Video by Leigh Olson. Article and recipe by Christine Pittman.

Disclosure: I’m proud to be a Brand Ambassador for Stonyfield. They compensate me to write about and use their products in my recipes, blog posts and across social media. All opinions are my own. Always.

This post originally appeared in September 2015 and was revised and republished in January 2021. 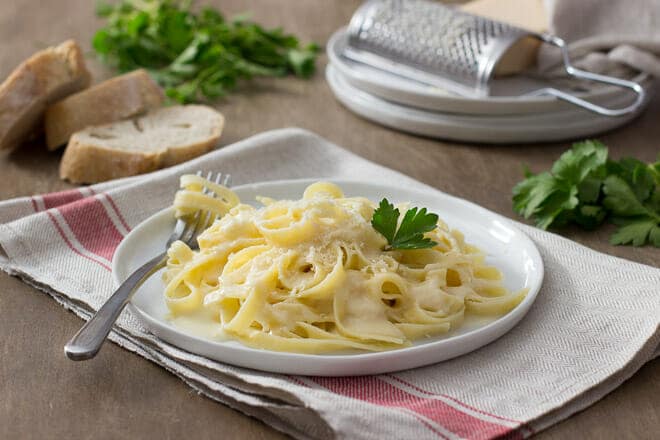 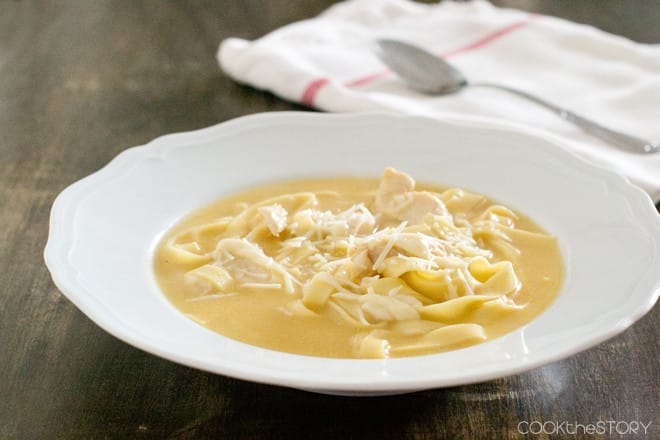 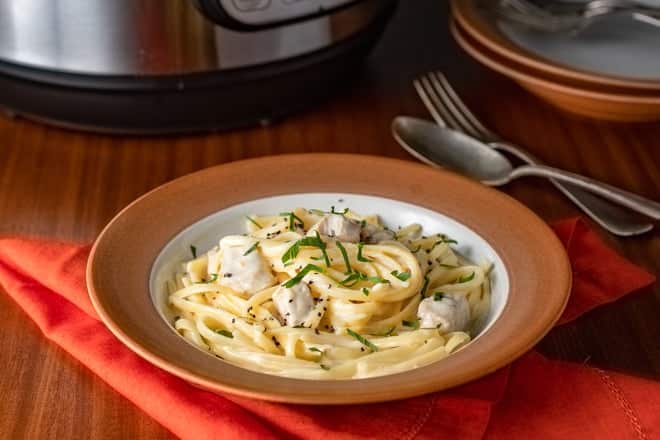 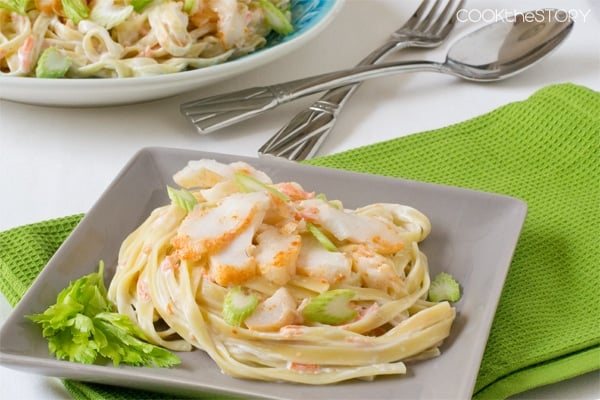