Pumpkin Soup with Bacon and Parmesan

This delicious savory pumpkin soup recipe is topped with crunchy crumbles made of Parmesan cheese and bacon and is ready in under 15 minutes! 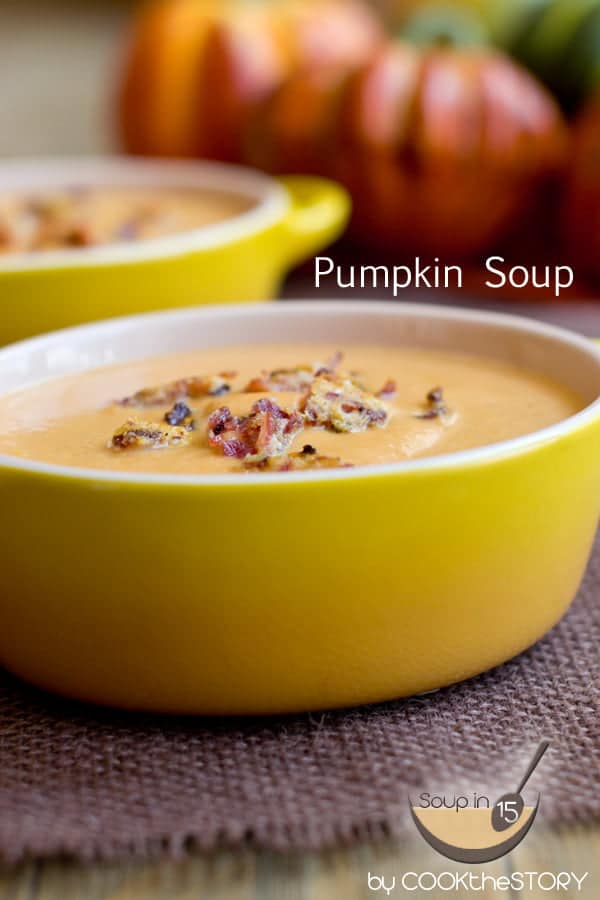 When I was in grad school some of my good friends were Italian. I invited them to my our annual Thanksgiving dinner. I was surprised to find out that one of them had never had pumpkin pie before and the other it had it and thought it was disgusting. She said, “I just don’t understand pumpkins and sugar together. You need sage. A little prosciutto or Parmigiana-Reggiano. Never sugar.”

“O.K., so pumpkin with sage, bacon and parmesan,” I thought. I can try that. Oh man, was she ever right! Not right that pumpkin pie is bad. I love it and always will. In fact, my sister site, The Cookful, is doing a whole series devoted to Pumpkin Pie right now. There’s a classic pumpkin pie recipe, a slab pie for a crowd, ways to decorate pumpkin pies, tips and how-to’s. So much Pumpkin Pie amazingness!

But that pumpkin with bold savory flavors is delicious too. About that, she was spot on.

This pumpkin soup recipe uses those savory flavors so it’s not sweet like this one (which I bet is super-tasty too!) although it does have a touch of brown sugar. It’s made with chicken broth and sage. And then you top it with a crunchy bacon and Parmesan cheese crumble.

As part of my SOUPin15 series, this pumpkin soup is ready in 15 minutes or less. And, as always, the quick soup recipe comes with a Souper Tip, the thing that makes this soup so delicious so quickly. My tip for this soup is canned pumpkin. And not just for pumpkin soup, either. You can add canned pure pumpkin (don’t buy pumpkin pie filling by mistake. Read the can carefully) to any vegetable soup. Because it’s a thick puree, it adds body as well as a touch of  rich vegetable flavor. See all the Souper Tips here.

This savory pumpkin soup is topped with crispy crumbles made of parmesan and bacon. And it’s all ready in 15 minutes. To have it ready that quickly, before you begin be sure to read through the whole recipe so that you know what’s coming up. As you read through, gather together all of the pots, pans, spoons and other tools as well as all the ingredients you will need. That will put everything at your fingertips. No need to prep any ingredients though. All prep is within the recipe. See you in 15!

This post originally appeared in September, 2014 and has been revised and republished in November, 2016. 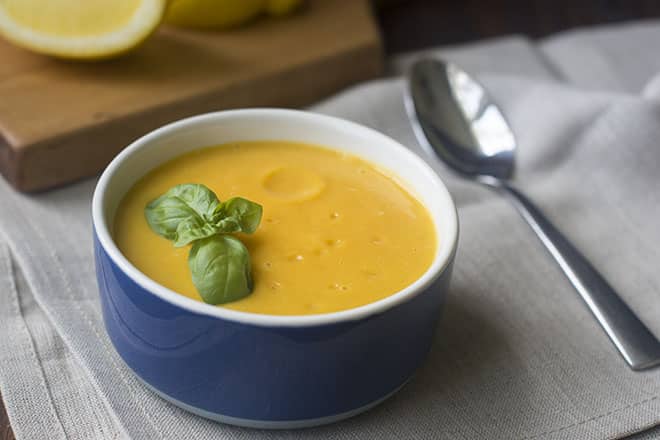 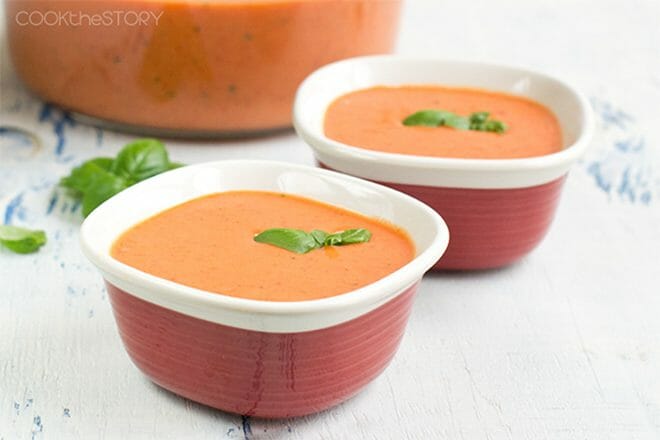 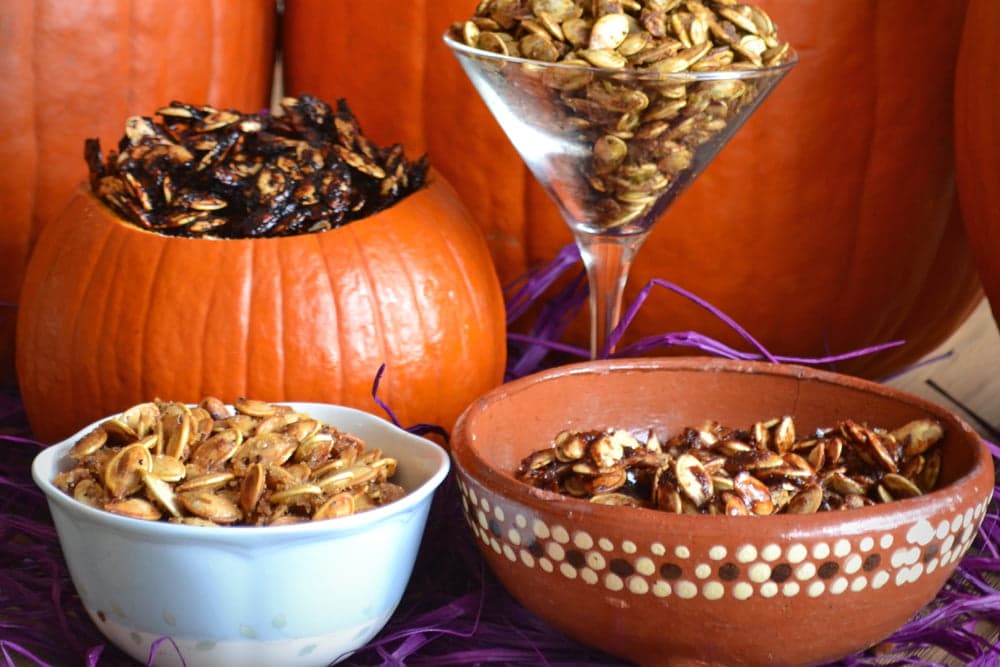 How to Make Roasted Pumpkin Seeds

21 responses to “Pumpkin Soup with Bacon and Parmesan”