This Leftover Turkey Pho Recipe is ready in under 15 minutes but you’d never know it. It has huge depth of flavor, just like traditional Pho.

Do you know the correct pronunciation for that Vietnamese noodle soup spelled P-H-O?

It’s actually pronounced Fa. As in the Deck the Halls song: fa-la-la-la-la   la-la-la-la. Well, almost. Not quite. You can hear someone saying ‘Pho’ correctly here. 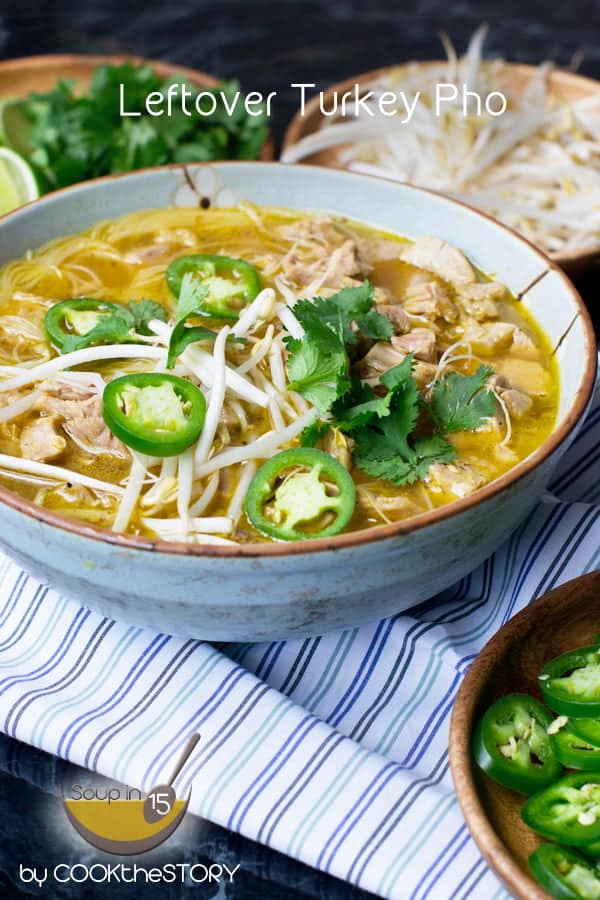 Whether you call it faux, fa or play it safe by calling it Vietnamese Noodle Soup, it’s tasty stuff. But I don’t usually make it at home because the traditional authentic Pho relies on a time-consuming process, which you can read about over here.

Instead of that long version, I wanted to do a quick and easy soup that uses up your leftover turkey from Thanksgiving. So I sped things up by scorching some aromatics in a pot (rather than roasting them slowly) and then adding broth to them to extract the flavor.

The result is a rich and flavorful broth to which you add your leftover turkey to warm through. And then you serve it with soaked rice noodles and all the usual fixings like cilantro and/or basil, lime, chilies and bean sprouts.

If you don’t have leftover turkey, use leftover chicken or rotisserie chicken. You can instead turn this into a beef pho by using beef broth and adding very thinly sliced raw beef instead of the turkey. It will cook through in the same amount of time. Easy! 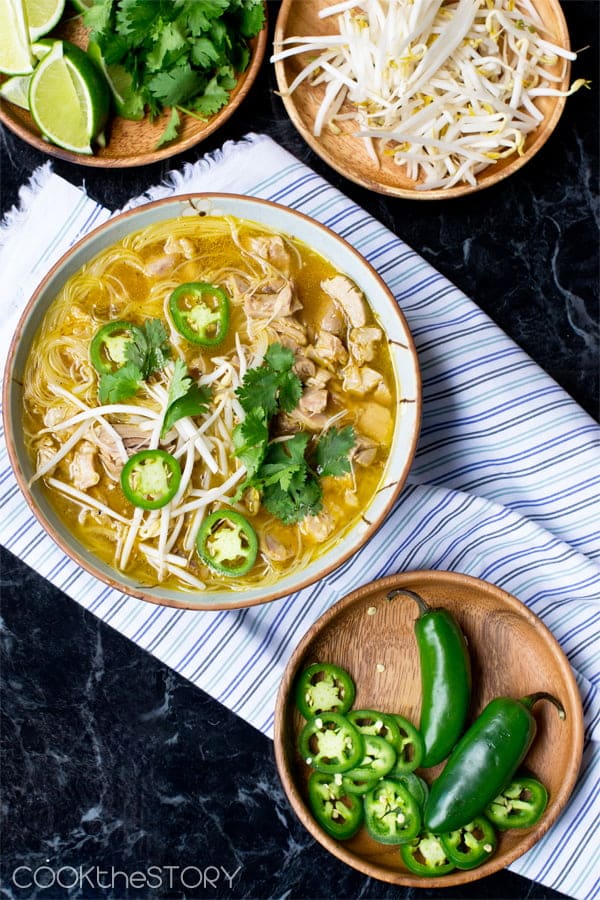 The SouperTip for this soup, the thing that makes it so delicious so quickly is the fish sauce. Vietnamese fish sauce is a very pungent liquid that you store in your refrigerator. And then, anytime you’re making a soup or sauce or gravy and it seems to be lacking a certain meaty flavor, add a few drops of fish sauce. It won’t make it taste like fish. It won’t make it taste like anything. It just adds a subtle background meatiness that it hard to achieve in other ways.

To get more ideas for making soups delicious quickly, head over here. 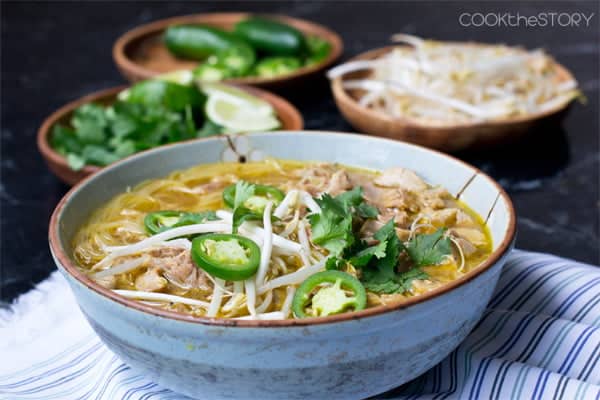 If you want a nice salad to serve with this soup, you should also check out this great Asian salad recipe. 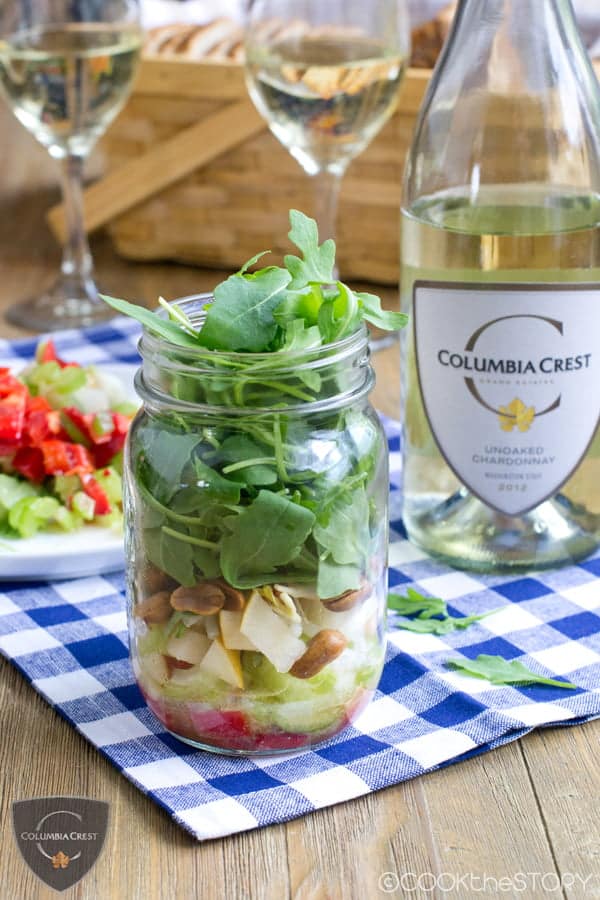 This Leftover Turkey Pho Recipe is ready in under 15 minutes but you’d never know it. It has huge depth of flavor, just like traditional Pho. If you don’t have leftover turkey, use leftover chicken or rotisserie chicken. Or you can turn it into Beef Pho by using beef broth instead of chicken broth and then adding very thinly sliced raw beef instead of the turkey. Note: To make this soup in 15 minutes, first read through the recipe. As you do, gather together all of the ingredients, tools, pots and pans that you will need so that everything is at your fingertips. But don’t prep any ingredients. All prep is included in the 15 minutes and is explained in the instructions section to do as you go. Yield 8 cups soup (plus noodles and toppings).

If you’re looking for more creative ways to use your leftover turkey, try these recipes by my friend Elise over at Simply Recipes.

Or, try this! Follow the recipe over here for Vietnamese Bahn Mi Tacos. But instead of raw pork tenderloin, use your fully cooked leftover turkey. Everything will be exactly the same except you only need to heat the turkey skewers until the meat is heated through since it is already fully-cooked. The onion slaw on these tacos, as well as the garlic lime mayo, are out of this world and you would never know that you’re eating simple leftovers!