How to Cook Steak Perfectly

This method of cooking steaks creates a flavorful crust and the perfect temperature in the center while sealing in all of the delicious juices. 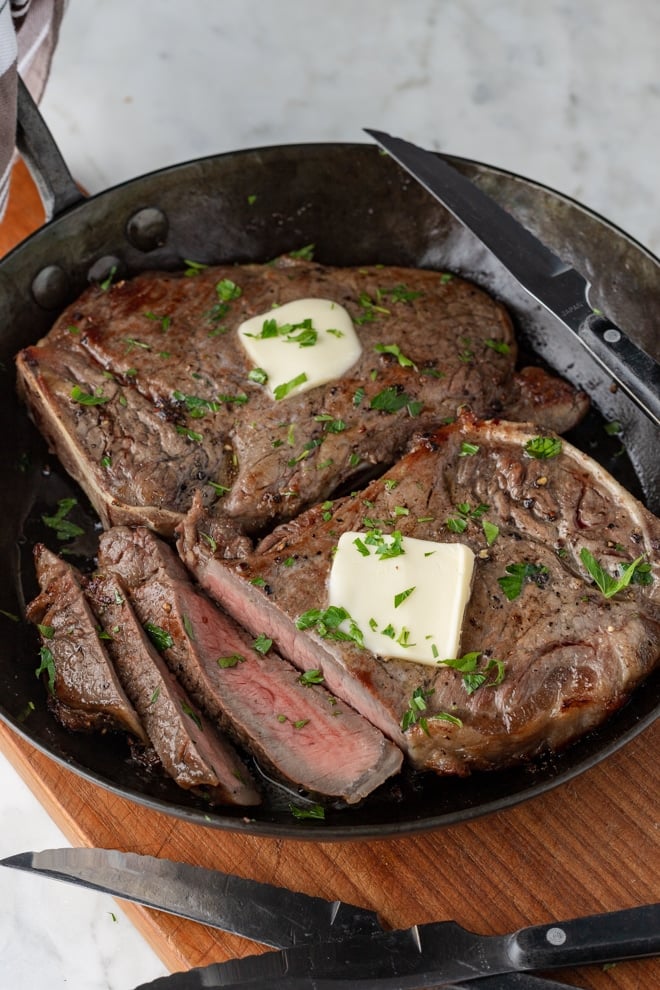 What Makes a Perfect Steak?

I don’t know about you, but when I think of the perfect steak visions of a crispy seared crust and a perfectly cooked, juicy, tender interior pop into my head. And to get this perfect steak, I follow three easy steps that I also use for cooking steaks from frozen.

Step 3. Finish cooking in the oven

How to Cook the Perfect Steak

After removing from the fridge, you’ll want to pat them dry and season with salt before letting them come to room temperature. Ok, I know that people get a little nervous about leaving meat out on the counter, but for the 30 – 40 minutes that it takes for salt to be absorbed into the steak (flavor) and start to break down the proteins (tenderness), you won’t risk the meat going bad. Though, after 60 minutes you do run the risk of bacteria multiplying.

After the 30 minutes is up, I brush both sides of the steak with olive oil and sprinkle with fresh ground pepper. I know there is some debate over whether to pepper before cooking. Some people say that the pepper burns, but I think that it adds a deeper flavor to the meat. So, I pepper it before I toss it into the searing hot pan.

Which brings me to Step 2, the sizzling hot oven-safe pan. And I mean SIZZLING HOT! (I heat my pan over high heat on the stove for about 7 – 10 minutes.) Once the steak hits the pan, the magic starts. This is where you get that crispy crust on the outside of the steak. If you don’t hear the tell-tale sizzle when the steak makes contact with the pan, you’re going to end up with a pale, sad steak.

It is also where the variables show up. The thickness of the meat, the true temperature of the oven, and how long the steaks were seared. I am going to strongly recommend using an instant-read thermometer to ensure that your steak reaches your desired doneness. To reach my favorite doneness, medium (145˚F), I finished my steaks in the oven for 3 more minutes. Then I let them rest. I like to put a pat of butter on top of them while they sit for 5 minutes which allows the juices to be reabsorbed back into the meat. If you want to get a little more fancy, make The Best Garlic Butter and put a dollop of that on top.

This method of cooking steaks creates a flavorful crust and the perfect temperature in the center while sealing in all of the delicious juices.

Internal temperatures for steak doneness is as follows. Insert an instant-read thermometer in the thickest part of the steak:

NOTE: The FDA recommends that steak be cooked to an internal temperature of 145°C or 63°C. 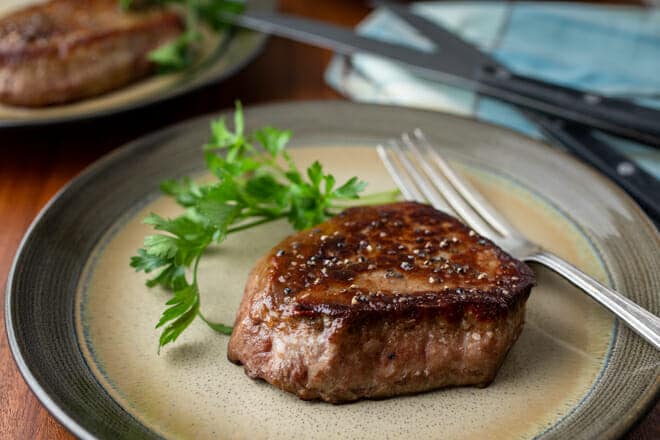 How to Cook Steak From Frozen 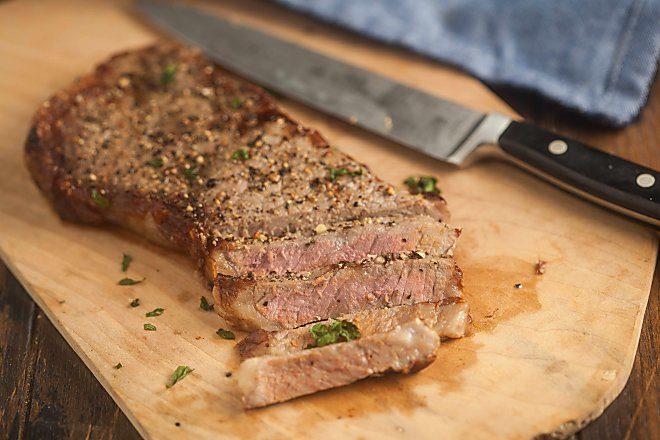 How to Broil Steaks Perfectly 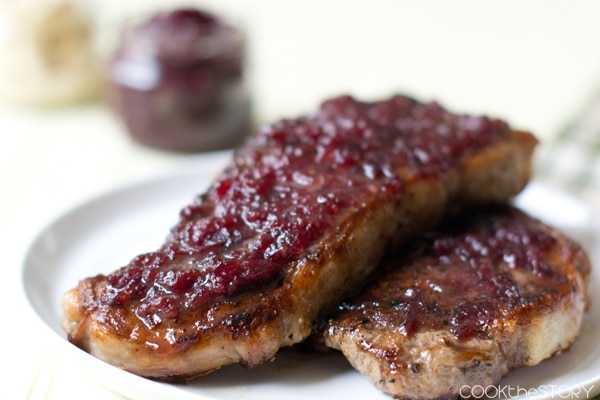 Categories: Easy Entertaining, Entrees, How To

21 responses to “How to Cook Steak Perfectly”