Pickles are good on subs and great on burgers. But soup? You bet. Try a Delicious Dill Pickle Soup in 15 Minutes. It might just become your family’s new favorite! I partnered with Stonyfield to bring you this post. 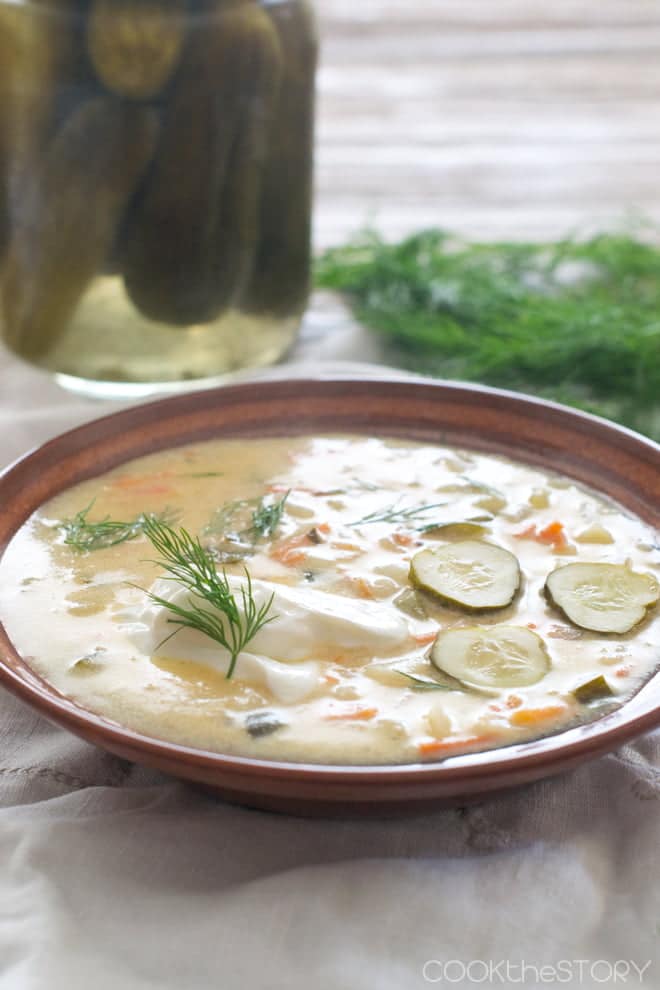 I mentioned it to my mom, who is a big Noble Pig fan. I said, “Mom did you see the Dill Pickle Soup on Cathy’s blog? Would you ever eat it?”

And she told me that my aunt used to rave about a Dill Pickle Soup that her husband’s mother made. It was their favorite thing in the world and could not get enough of it. My mom said that she always meant to try out the recipe but never got around to it.

So I got around to it! I made a batch of Cathy’s Dill Pickle Soup. 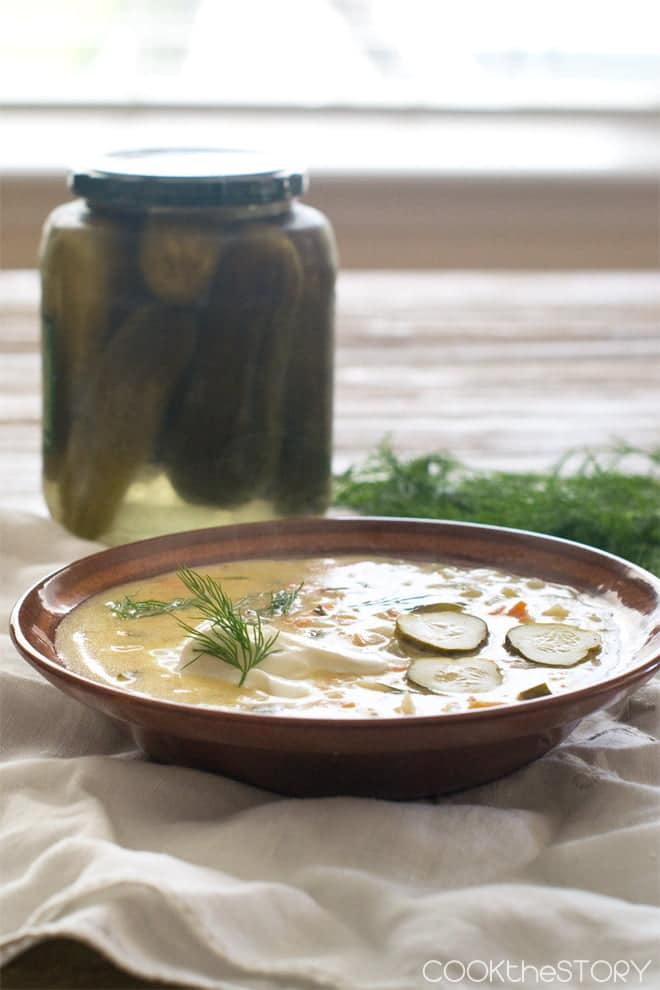 OMG! It’s like a creamy potato soup with extra salt and tang from the pickles and sour cream. So so so good. Addictive. Really addictive.

I decided that it was a perfect soup to adapt to my 15-Minute Soup Series. To get this soup ready in 15 minutes, I had to change a few things. Most importantly, I didn’t peel and cube potatoes. It would take too long to do all that and get them cooked through in time.

Instead, I decided to try something new. I bought a bag of southern-style hash browns from the freezer section. These are frozen cubed potatoes. But they’re already partially cooked so as soon as you heat them, they soften. Frozen hashbrowns are the SouperTip for today’s soup. They’re what make it possible to make this soup so quickly. To see all my other 15-Minute Soup and the Soupertips that go with them head over here. 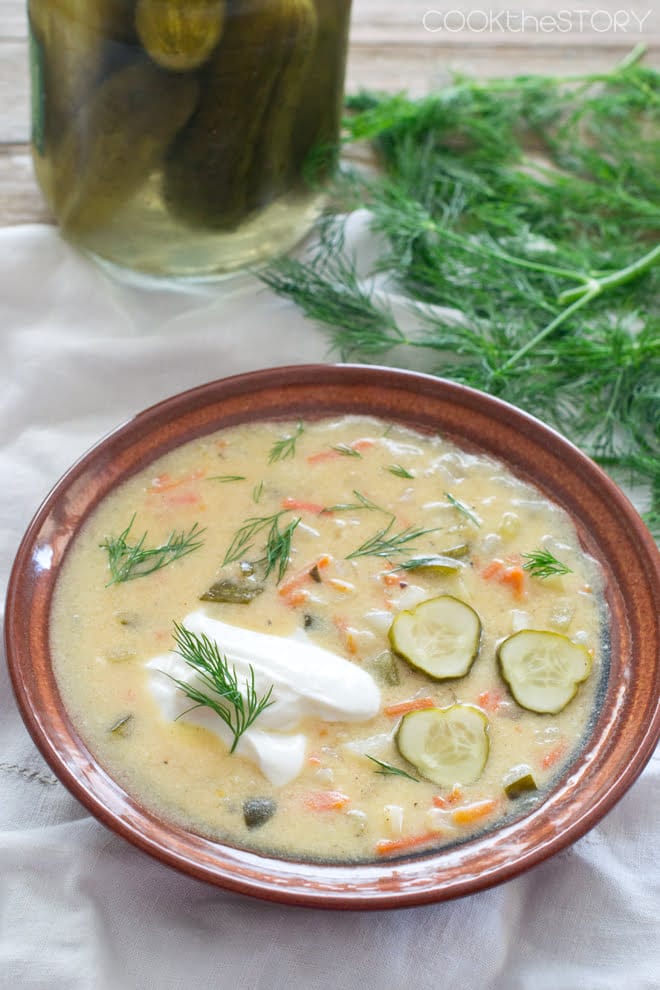 There are a few adjustments to the amounts and the methods between my and Cathy’s soup, mostly to do with speeding things up. For instance, my batch is smaller than hers so that it takes less time to heat things through. Also, I’ve used Greek yogurt in mine instead of sour cream. This is because I rarely buy sour cream but always have a tub of Stonyfield Greek yogurt in my fridge. (I love sour cream but if I bought it regularly I’d eat it regularly and then I’d have to do more sit ups and I hate sit ups). This version of Dill Pickle Soup is therefore a bit healthier as well as being really quick.

I can’t wait for you to try this soup. Really. You’re going to be amazed and delighted by how good it is. Let me know down below if you try it. I can’t wait to hear what you have to say! 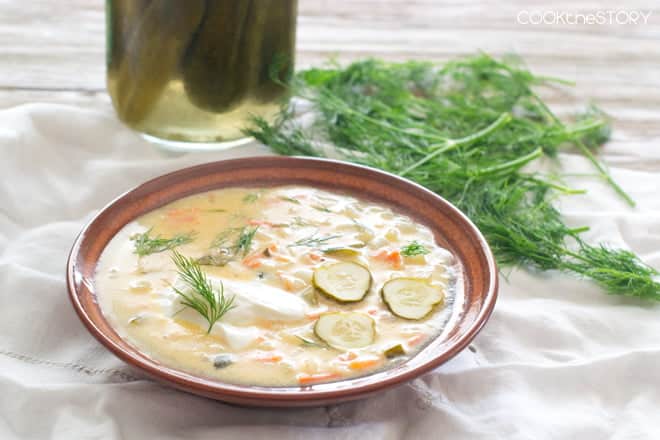 Disclosure: I’m a Stonyfield Brand Ambassador meaning that they compensate me to write about their products on my blog and on social media. All opinions are my own. 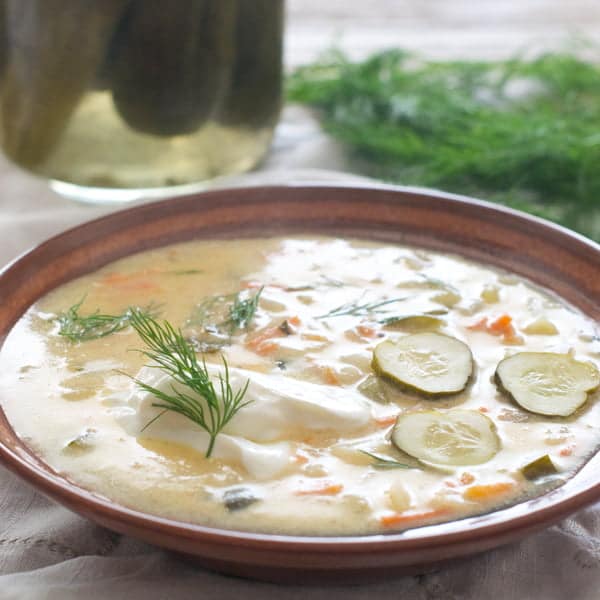