What do Bill Maher, Gary Hirshberg and a Welsh rarebit recipe have in common? Find out here!

Earlier this week I asked for your thoughts on the meaning of the word natural when it comes to food labeling. The inspiration for the question is of course California’s Prop 37 which will be on the ballot this November. This proposition would have California join the many places that already require products that are genetically modified to be labeled as such.

On Friday evening, Gary Hirshberg of Just Label It and co-founder of Stonyfield Farm spoke with Bill Maher on Real Time about Prop 37 and the danger of genetically engineered foods. You can watch their conversation here.

It’s funny how sometimes your worlds collide. Real Time with Bill Maher is one of my favorite shows, I’ve had genetically engineered foods and Prop 37 on my mind a lot lately, I love Stonyfield and have recently joined the Stonyfield Clean Plate Club, and only last week I sent them a recipe to publish on their site. 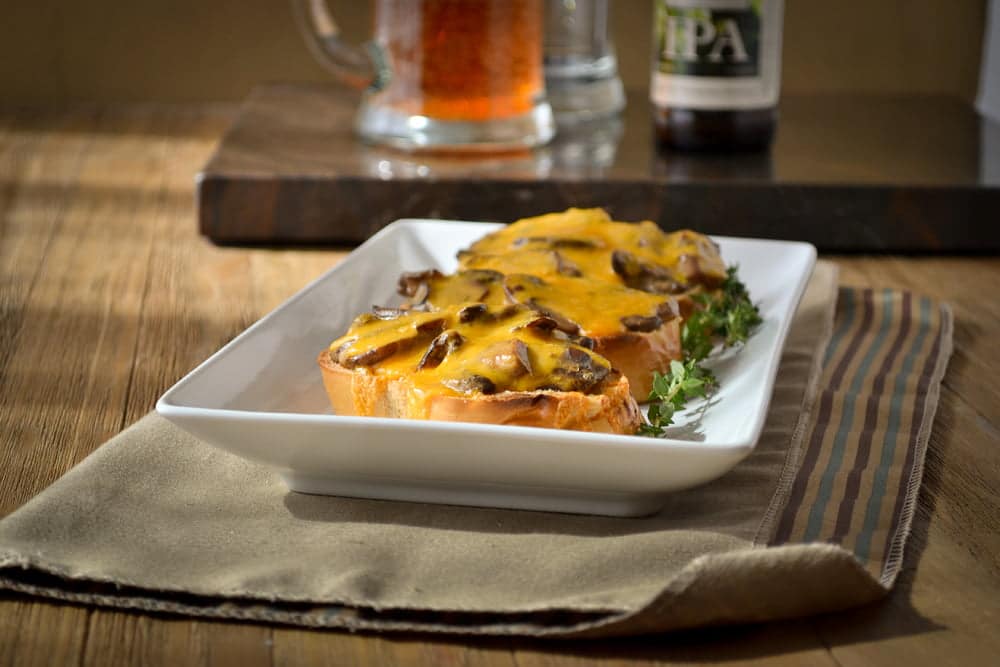 This union of things that I love and care about makes me want to share the Welsh rarebit recipe with you, my readers, whom I also adore.

Welsh rarebit would usually consist of a rich cheese and ale sauce poured over toast. For this version, I’ve made the dish a bit less sloppy, turning it into canapés that you can easily pick up with your fingers. I’ve used Stonyfield Organic Yogurt, of course, as well as Peak Organic IPA, cheddar cheese, mushrooms and thyme to make these canapés just as tasty as the classic dish that inspired them.

Another tasty canapés recipe that you might want to check out are my Corned Beef Canapes. 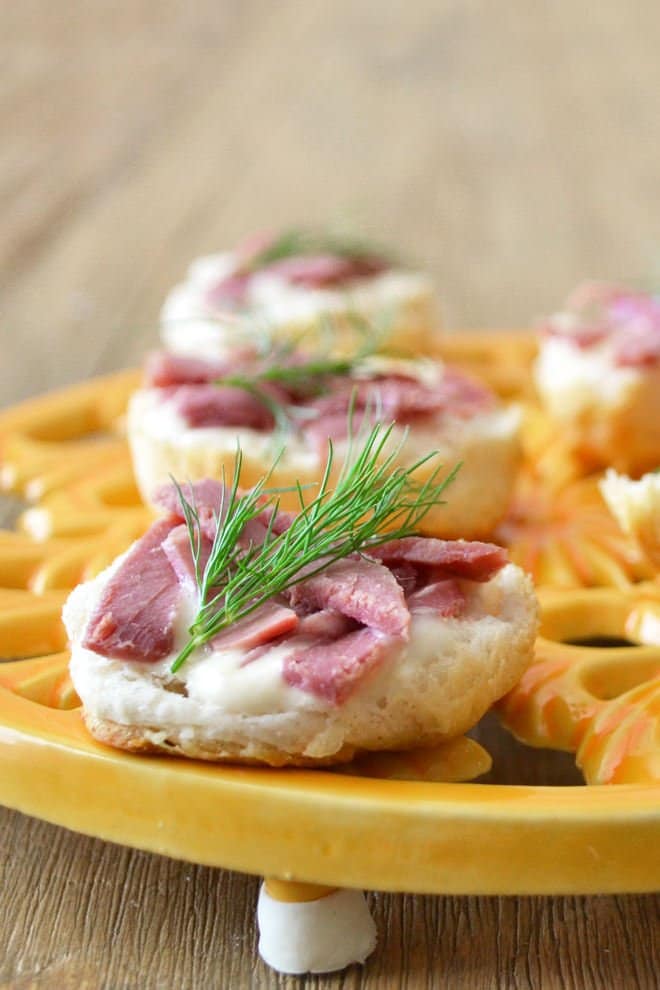 I hope you enjoy this Welsh rarebit recipe.

This is a fun take on Welsh rarebit. Typically, rarebit is a somewhat messy appetizer of cheese and IPA ale served over toast. This version is less messy and has been turned into finger food.

You can also head over to Stonyfield’s Clean Plates Club to see my Welsh Rarebit Recipe.

Before you go I have a question. Have you ever had a moment like mine when you’re watching TV and suddenly your worlds seem to collide on screen?

I’d love to hear about it, especially if it’s food related. Scroll down and leave me a comment.