Shrimp Creole is a traditional Cajun dish that covers rice with shrimp cooked in a tomato based sauce with plenty of spices, onions, celery, and bell peppers. 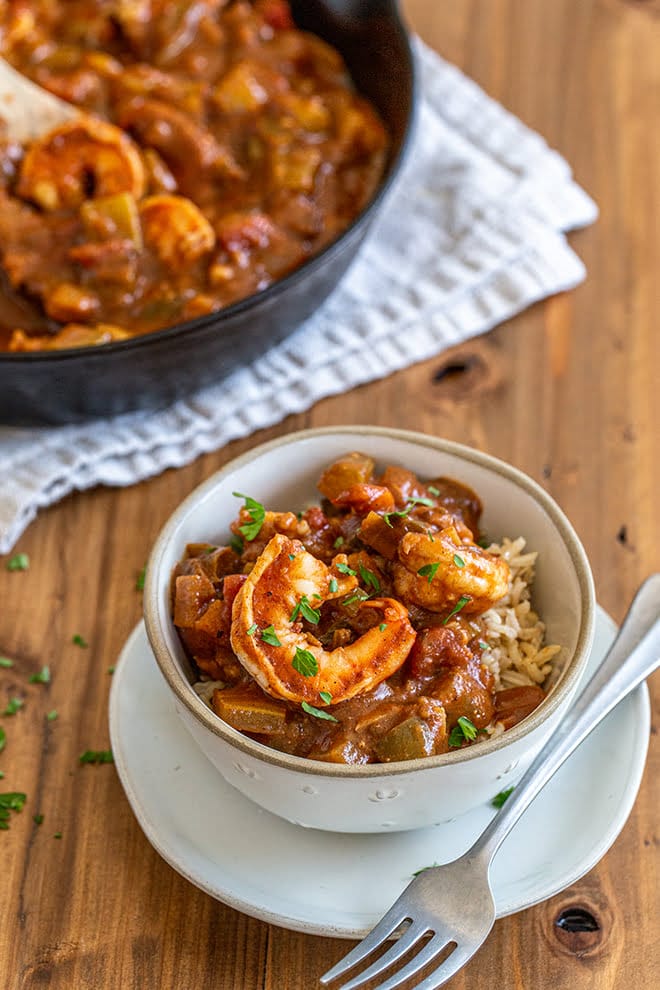 For me, Shrimp Creole is the definition of traditional Cajun cooking. Plump seafood simmered in a tomato-rich broth that’s nice and spicy from pepper sauce, paprika, and cayenne.

It’s a little bit different from its cousin, Shrimp Etouffee, basically because it has a thinner tomato base as opposed to a rich, roux gravy base. You can read more about the difference in this post.

Many traditional Cajun dishes have the holy trinity in them, which is just onion, celery and bell peppers. I love these aromatics as a base for a dish because they add so much flavor. I always make sure to add in some fresh, minced garlic, too.

To make Shrimp Creole, I start by thawing shrimp and setting it aside. In a dutch oven, I saute the holy trinity in olive oil and butter and then I add just a bit of flour for texture. The garlic and spices go in, and once they release their flavors, I add diced tomato, tomato sauce, pepper sauce, and Worcestershire sauce.

I like to let the shrimp cook right in the sauce, and then I serve it all over rice. It’s both bright and fresh and comforting at the same time.

You’re going to love it!

Shrimp Creole is a traditional Cajun dish that covers rice with shrimp cooked in a tomato based sauce with plenty of spices, onions, celery, and bell peppers. 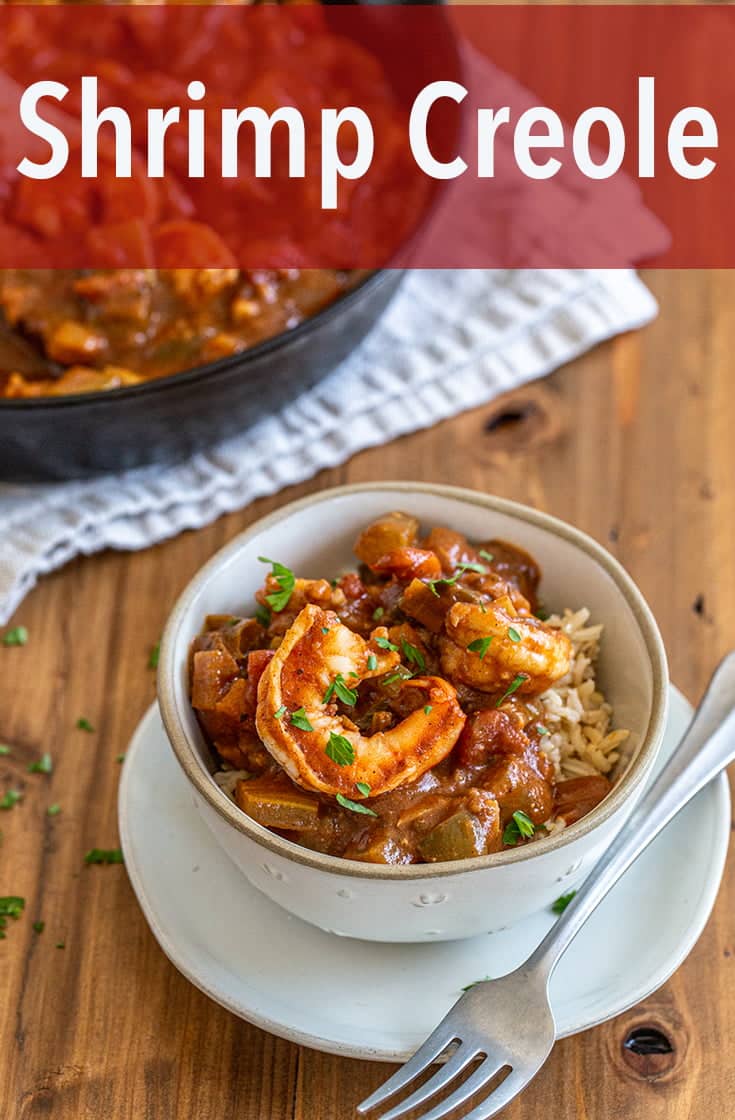