Millet Salad with Tomatoes and Feta

This Millet Recipe is a light and simple salad made with tomatoes, parsley, lemon and feta cheese. 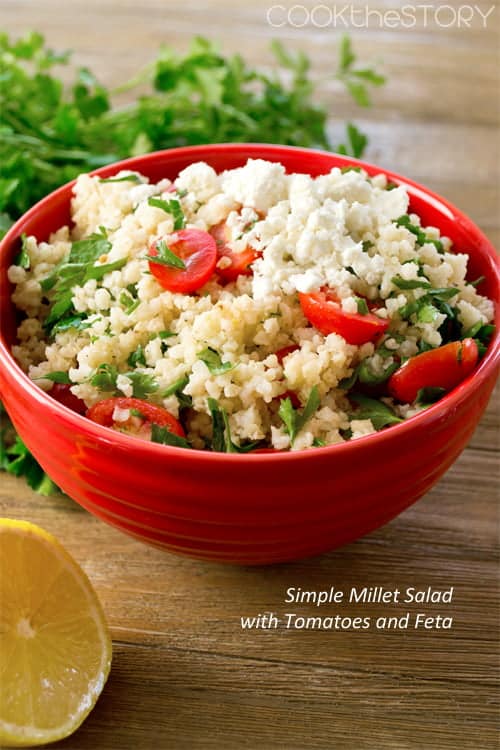 She says that 98% of the time somebody in her family doesn’t like what she’s made.

I hear that. It’s tough to spend time finding a recipe that you think your family will like, shopping for it and cooking it, only to feel like you failed in the end. This happens to me too.

Usually my husband and I like the food. But my 5 year old and 2 year old spit things out on a regular basis. And it’s seriously depressing to see that gross blob of half-chewed food hit their plates.

I know it’s hard sometimes, but here’s what I try to do. I try to tell myself that just by cooking the meal I’ve made a difference in their lives. They’re seeing real food enter their homes, real food go onto their plates and tasting real food in their mouths (however briefly it might stay there).

It’s this tasting part that I really try to focus on.

Maybe they won’t like the millet in this side dish salad. But maybe they’ll like it next time when they try it in this Millet Breakfast Skillet. 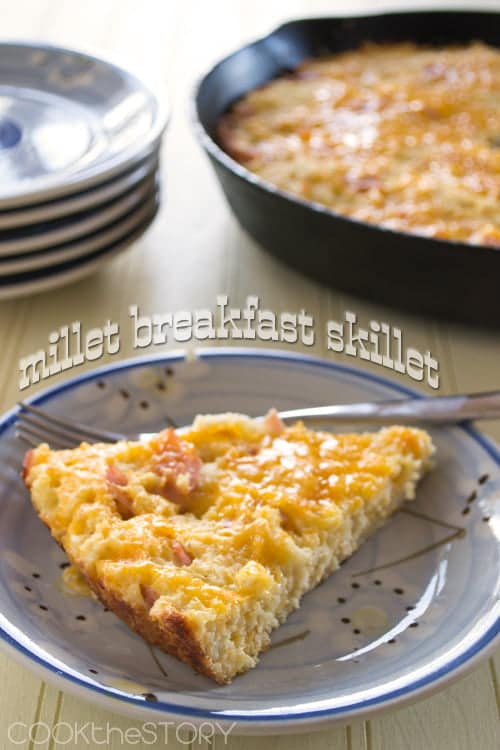 Or maybe 15 years from now they’ll be the kind of person who’s willing to try millet again to see if they like it then. 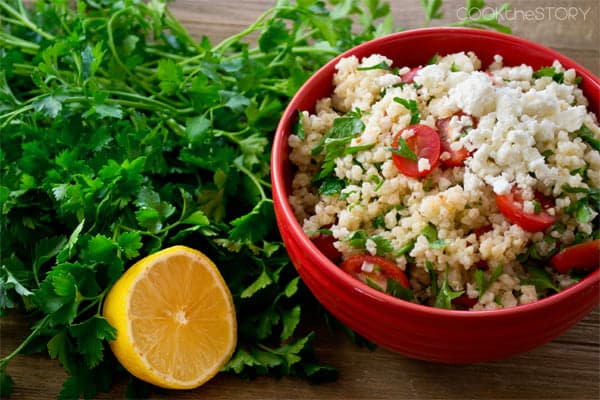 Here’s my recipe for a light and fresh grain salad made with millet, tomatoes, parsley, lemon and feta.

This is a simple light salad made of millet, tomatoes, lemon, parsley and feta. It calls for cooked millet. Click here for instructions on how to cook millet.

Do you think your family would like this side dish? Would they at least give it a try? Head over to the Cook the Story Facebook Page and post about it. Or scroll down to leave a comment here.

Disclosure: Bob’s Red Mill provided me with the millet for this recipe and a bunch of other grains to try as well as a big box of grains to try for the giveaway mentioned above. All opinions are my own.

6 Responses to “Millet Salad with Tomatoes and Feta”