Poutine is a Quebecois  dish of french fries, gravy and cheese curds. It can be a time-consuming dish to make from scratch at home so I’ve come up with a quick and easy way to have it anytime I’m craving this lazy poutine recipe! 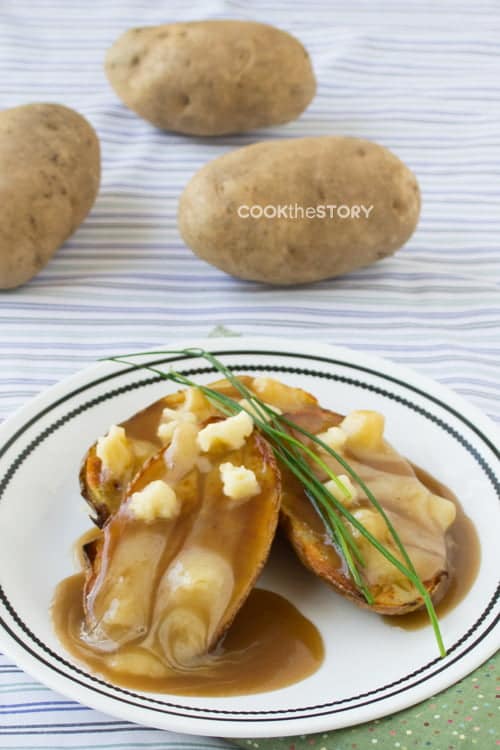 Me: “Hi, I’d like to place an order for delivery.”

Me: “I’d  like to place an order for delivery.”

Me: “What do you mean you don’t deliver?”

Me: “But KFC always delivers.”

And then she hung up on me. I think she thought I was a prank caller because it turns out that in Florida KFC doesn’t deliver. And people who live here think it’s an insane idea when I mention it to them.

But in Canada, KFC delivers. There are entire ad campaigns with men dressed in red (or possibly even dressed as large chickens, but I might have dreamed that) saving your weeknight by showing up on your doorstep with a bucket.

Yes, that’s right. In Canada, KFC not only delivers but it has poutine too. I’m telling yah, in Canada, KFC is way way way more amazing than it is in the US.

Now that I’m in Florida, when I get a late night craving for poutine, there’s nobody I can call.

And so I’ve come up with this little craving-buster: Lazy poutine made with baked potatoes.

You take a baked potato, broil it for a minute or two until it’s crispy, top it with cheese and then pour on hot (microwaved, from a bottle – OMG, I cannot believe that I’m admitting to this!) gravy. 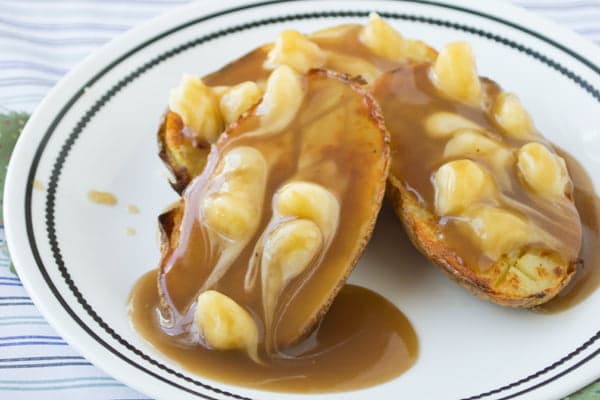 Then you queue up an episode of Glee, try not to cry when Finn appears, try not to cry again when he sings, and you eat.
Oh, and in  case you’re wondering: Yes that creamy swirl at the bottom is cheese being melted by gravy. I dare you to not crave this right now.

If you love poutine (and really, who doesn’t?), you should also check out my recipe for Buffalo Chicken Poutine. 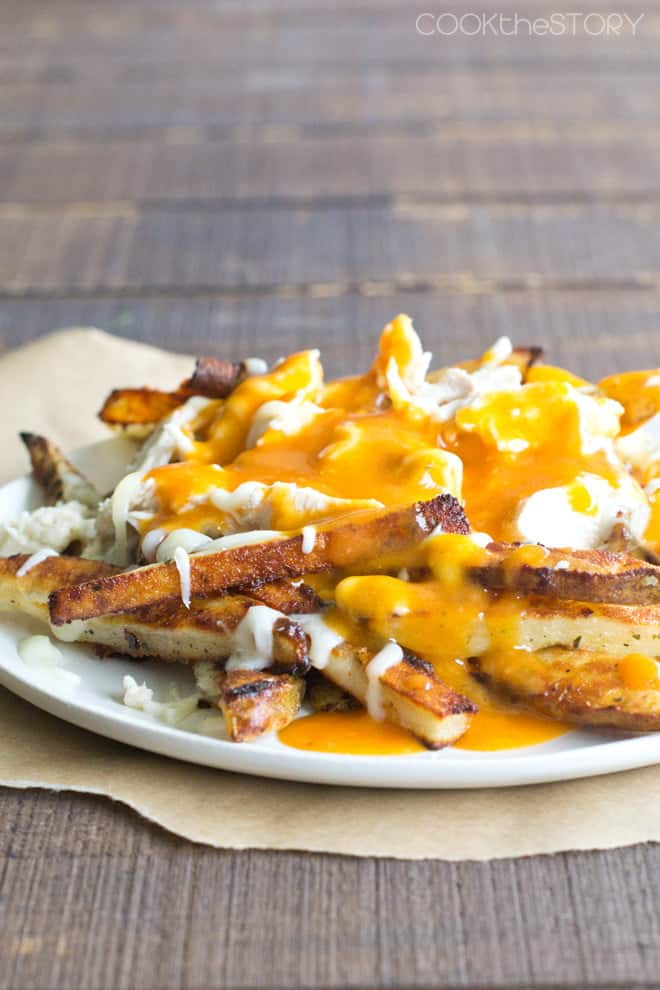 This is a quick and very satisfying side dish. If you have leftover baked potatoes, skip the second step of the instructions.