Home > Side Dishes > Crispy Bacon in the Oven

Making bacon for a crowd? Find out how to make a big batch of bacon in the oven. With this method, you get nice and crispy bacon with very little effort.

Why Make Bacon In The Oven?

I’ve been making bacon in the oven for a long time now. It’s so much easier than on the stove, because you don’t have to watch over it constantly or worry about it splattering everywhere. You can also do a larger batch at a time which is perfect when I’m cooking brunch for a crowd.

The only issue I’ve ever had is that it doesn’t always get crispy enough. I decided it was time to figure out exactly how to get nice crispy bacon in the oven.

What Kind Of Bacon Should I Use?

First of all, you need to start with the right kind of bacon. In this case, it’s the thickness that matters. You don’t want a really thick cut because it will retain quite a bit of chew no matter what. If you like that chew, go for it. If you’re looking for crispy, don’t. Also, don’t choose a really thin sliced bacon. This tends to break up and stick to the pan in weird ways. Instead, choose a medium cut.

Not sure what to look for? When in the grocery store, hold up the packets of bacon sideways so you can see how thick they’re sliced. Compare a few brands and choose the middle one, it’ll be a tad under 1/8 of an inch. Another way to spot the right thickness is to count the slices, but this isn’t foolproof since some bacon slices aren’t as long (center cut is shorter). If you’ve got full-length slices, then you want about 18 slices in your 1 pound (16 oz.) package of bacon.

Tips For Cooking Bacon In The Oven

You want to use a fairly hot oven for cooking bacon. For whatever reason, I used to do my bacon at 350°F but switching to 400°F made a big difference in how crispy it gets. (Note that 450°F was too high and parts of the bacon burned before others crisped up.)

Also, use a nice large baking sheet (this is what’s called a “baker’s half sheet pan“) or use two. You don’t want the slices overlapping much so that hot air can’t get to each one. Another reason for not wanting the slices to overlap is that they will stick together as they cook and then break when you try to separate them. The pan below is probably as full as you want to get. I fit the entire pack of bacon onto the one half sheet pan there and it worked out well. Some pieces did stick together but only a bit so it was easy to get them apart.

Tip: Some people line their pan with foil so that the clean up is easier. For whatever reason, I always forget to do this. I soak the pan with hot soapy water for a bit and then use a stainless steel scourer (great for metal that does not have a non-stick coating) and the mess comes off really easily.

Next, and this is really critical, drain off the fat as you go. Peek into the oven after about 7-10 minutes. There will probably be a little bit of fat in the pan. Drain it off into a bowl (be careful, it’s really hot!). Tilt the pan over a bowl so that the oil can pour off, but so that the bacon doesn’t go sliding off the pan.

Then check on the bacon every few minutes. If there’s fat accumulating, get it out of there. Why is this? You might think that bacon swimming in hot fat would fry it more and thus crisp it up more. Instead, it seems to act more like water than fat and keeps the bacon soggy. You want the bacon exposed to the hot air in the oven because that is what crisps it up.

Finally, when the bacon’s ready, get it off of the pan immediately. You don’t want it to start steaming. You want it cooling a bit because cool is crisper. The room temperature air seems to dry/cool the fat and make the bacon crisp up more.

Transfer the bacon to a plate lined with paper towel. This absorbs some of the fat, drying the bacon and thus adding to that crisp-factor.

You could also consider using a cooling rack on your pan when cooking the bacon. You get out a large baking sheet and top it with a cooling rack. Make sure it’s an oven-safe cooling rack like this. Some have a coating that makes them not good for putting into the oven. Put the bacon in a single layer on the rack. When the bacon goes into the oven, it will be exposed to air from all around which will result in extra crispness. Note however that I don’t do this, I find the rack makes too small a difference for the annoyance of having to clean it after.

How To Keep Bacon Warm

Cook an entire package of bacon (or more!) with very little effort. This method gets it nice and crispy. Perfect for a crowd.

This post originally appeared in November 2017 and was revised and republished in June 2020. 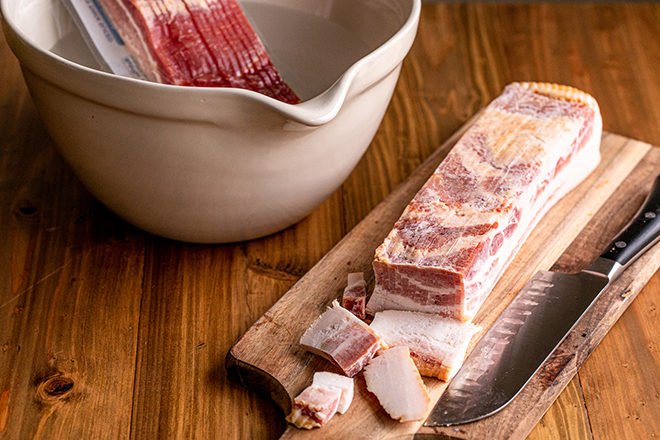 How To Cook Bacon From Frozen 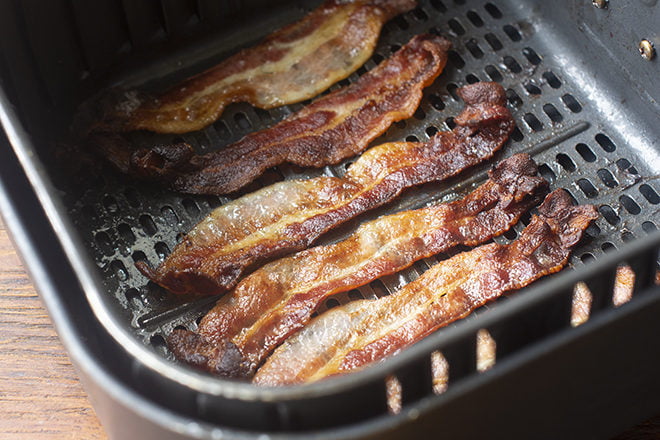 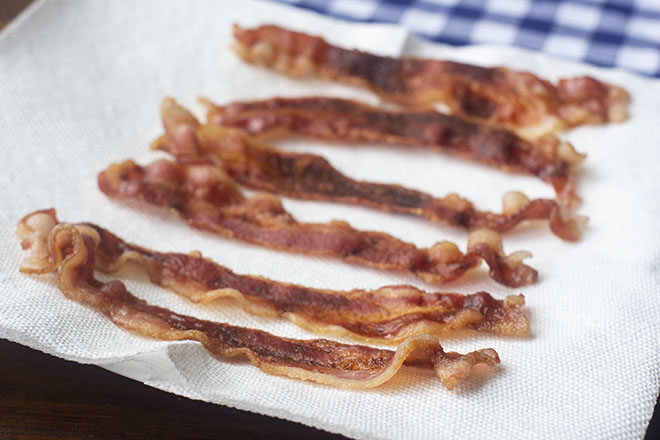 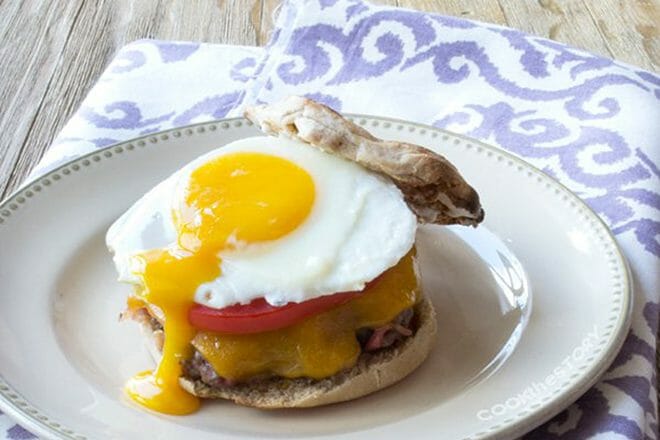 5 Responses to Crispy Bacon in the Oven