Colcannon is an Irish dish made by mixing mashed potatoes with kale. And lots of butter. I put even more butter on top. Try this for St. Patrick’s Day.

My son doesn’t like potatoes. Not even french fries.

The only way I can get him to eat them is if I mash them up and shape them into snowmen.

And, oddly enough, he’ll eat potatoes if I mix them with kale and call it Colcannon. But it’s not because of the kale. Nope. It’s because of the butter. Look at it melting there on top of those potatoes. 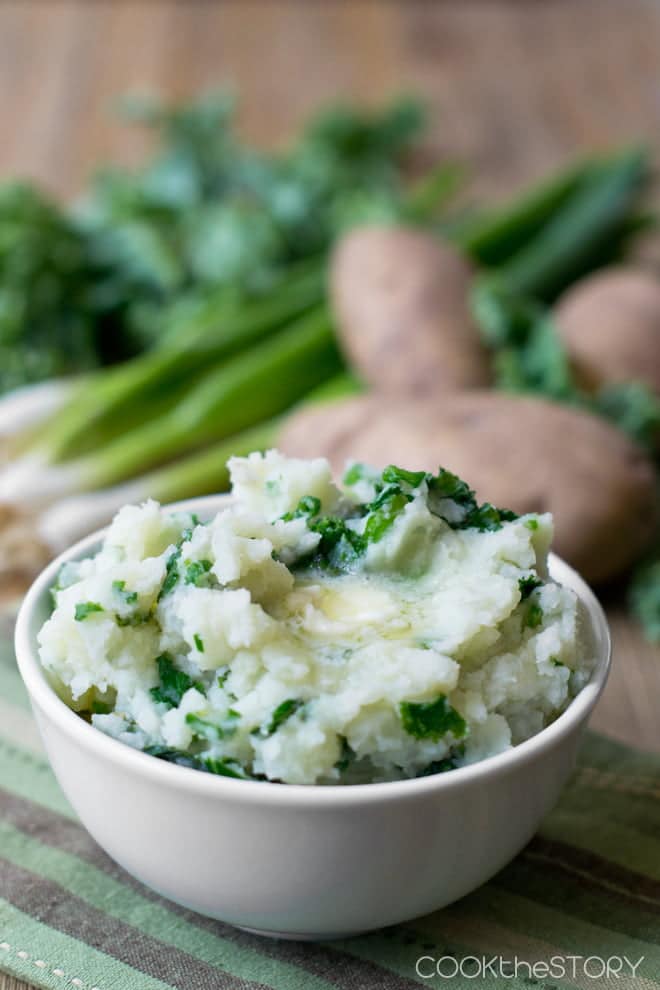 Colcannon is a mixture of mashed potatoes and sautéed kale or cabbage that exists as an excuse to eat butter. You see, there’s not just butter mashed into the potatoes. No, that’s not enough. To serve colcannon you smear butter onto the top of each serving so that it melts into a golden puddle. When you eat it your goal is to get melted butter onto each spoonful. 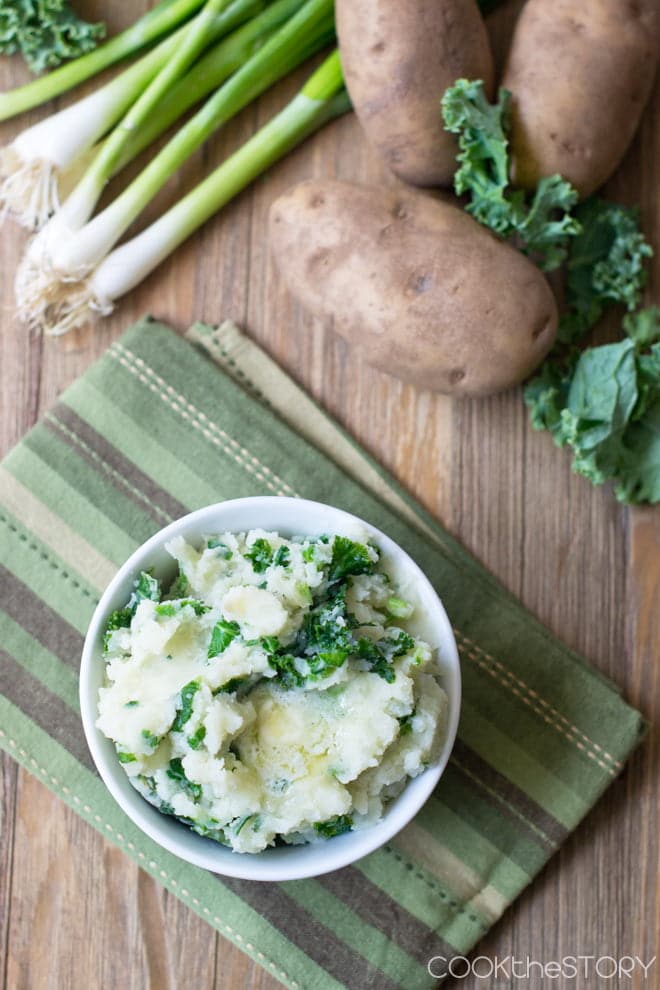 Now you understand why my son eats potatoes if I mix them with kale.

If you like this recipe, I think you’ll also love these Potatoes with Lots of Dill. 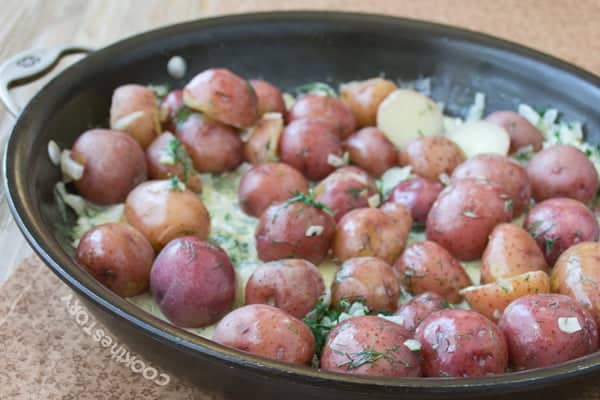 Colcannon is a buttery blend of potatoes and kale with a lot of butter. And then some more butter. Did I mention there’s some butter going on here? It’s a traditional Irish dish and is perfect for St. Patrick’s Day (and any other time you need an excuse to eat butter). 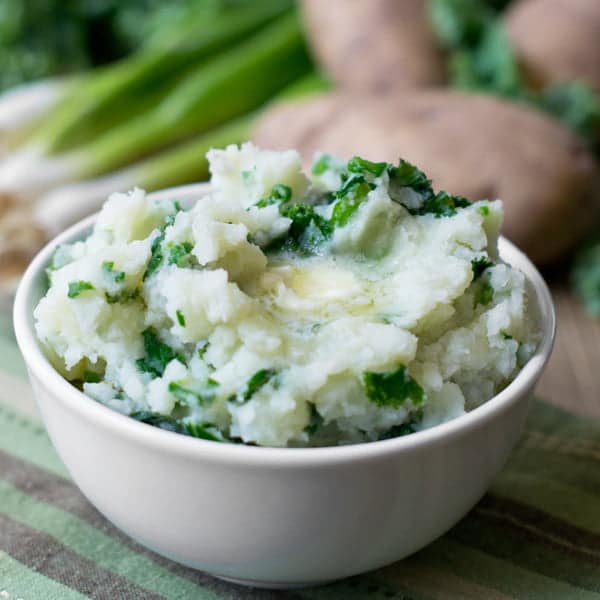 7 responses to “Colcannon (Irish Mashed Potatoes with Kale and Butter)”