This delicious and authentic Chicken Tikka Masala is marinated in a flavorful yogurt mixture and then grilled before being mixed in a lovely creamy curry.

Do you love chicken tikka masala as much as I do? Assuming the answer is yes (or you wouldn’t be reading this!), you might be interested to know how this possibly-not-completely-Indian dish was invented.

The Origin Of Chicken Tikka Masala

Some say it was created by a Bangladeshi chef working in Scotland at an Indian restaurant. A customer ordered a chicken dish, possibly chicken tikka (chunks of boneless chicken marinated in yogurt and spices, then grilled in a tandoor oven) but found the dish too dry. So the chef improvised a sauce to go with it, combining tomatoes, cream, and spices.

Others say that’s all the story is, a story. They contend the dish totally originated in India, possibly inspired by butter chicken (chicken simmered in a buttery tomato sauce).

Who knows? Whoever invented it, I think we can all agree—it’s delicious! Perhaps even better, it’s pretty easy to make at home.

How To Make Chicken Tikka Masala

Tikka masala is basically a two-step process. Step one is the chicken. You marinate it in a spiced yogurt sauce, then cook it. A tandoor oven would be most authentic, but I’m guessing that you, like me, don’t have one of those. Luckily, grilling or broiling works fine. The idea is to have high enough heat to get some good browning or light charring on the marinated chicken pieces.

Step two is making the spiced tomato-cream sauce. This sauce comes together really quickly while the chicken is cooking.

Then you put the chicken and sauce together.

What Spices Are In Chicken Tikka Masala

It is often the case when I look at an Indian recipe that the list of ingredients seems daunting. That’s true of this recipe too. However, most of the ingredients are spices that you probably already have in your pantry. The spices don’t need any prep so it’s really just a matter of measuring them in, and then moving on. So don’t be frightened by the long ingredient list.

There’s also garam masala in the mix. Garam masala is a spice mixture, so using it actually cuts down on the total number of spices that you need. You can buy it at the grocery store or here, or you can make your own.

What To Serve With Chicken Tikka Masala

Chicken Tikka Masala is traditionally served with basmati rice. And don’t forget plenty of naan (that delicious Indian flatbread) to sop up all that sauce.

Why Is The Prep Time So Long On This Dish?

To fully flavor the chicken in this dish, it’s marinated for 4 hours in the spiced yogurt mixture. You can alternatively let it marinate for a full day, so you can mix it up and put in the fridge the night before you plan to make it.

After the marinating is done, the recipe comes together really quickly.

If you don’t have time for marinating the chicken, you can let it sit at room temperature in the yogurt mixture for 15 minutes. Or, you can make this Chicken Curry, which doesn’t have that long marinating time and is ready from start to finish in 30 minutes.

I hope you love all the spices in this dish, and the chance to make Indian food at home!

Don’t be intimidated by the long ingredient list in this recipe. Most of those ingredients are spices in your pantry that you don’t actually have to prep. Serve with basmati rice, naan bread, and a crisp salad for a complete meal.

This recipe originally appeared in August, 2019 and was revised and republished in March 2021. 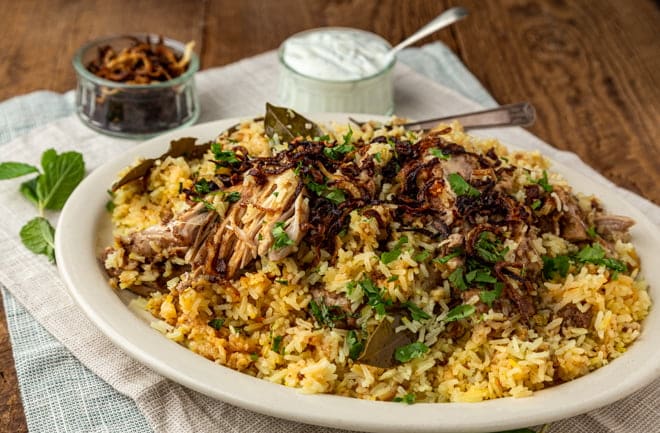 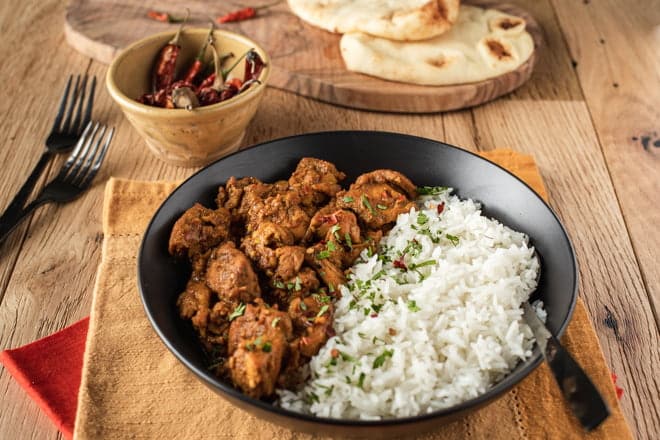 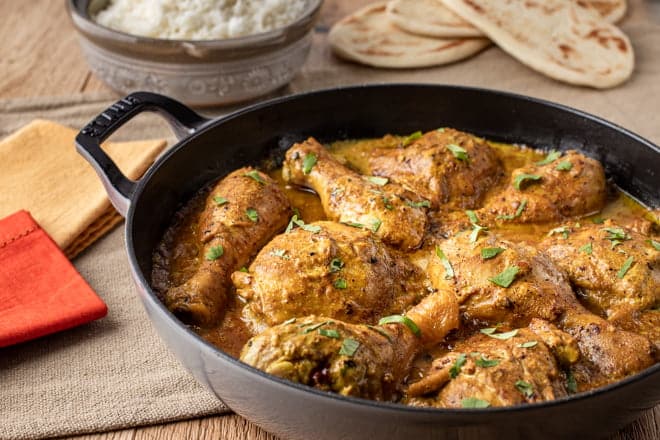 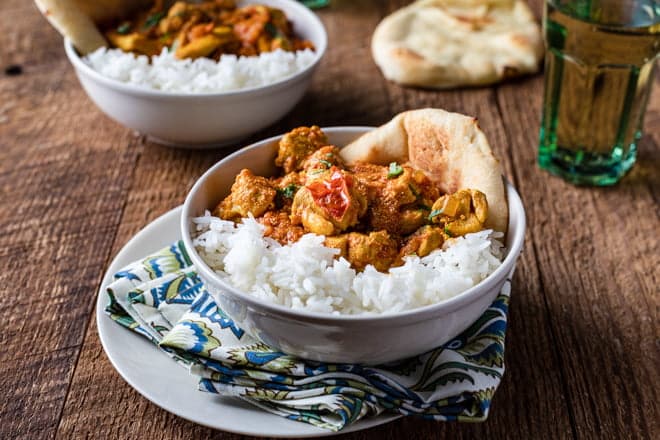