Crispy Chicken Fried Chicken smothered in a peppery cream gravy can only be described as the ultimate comfort food. 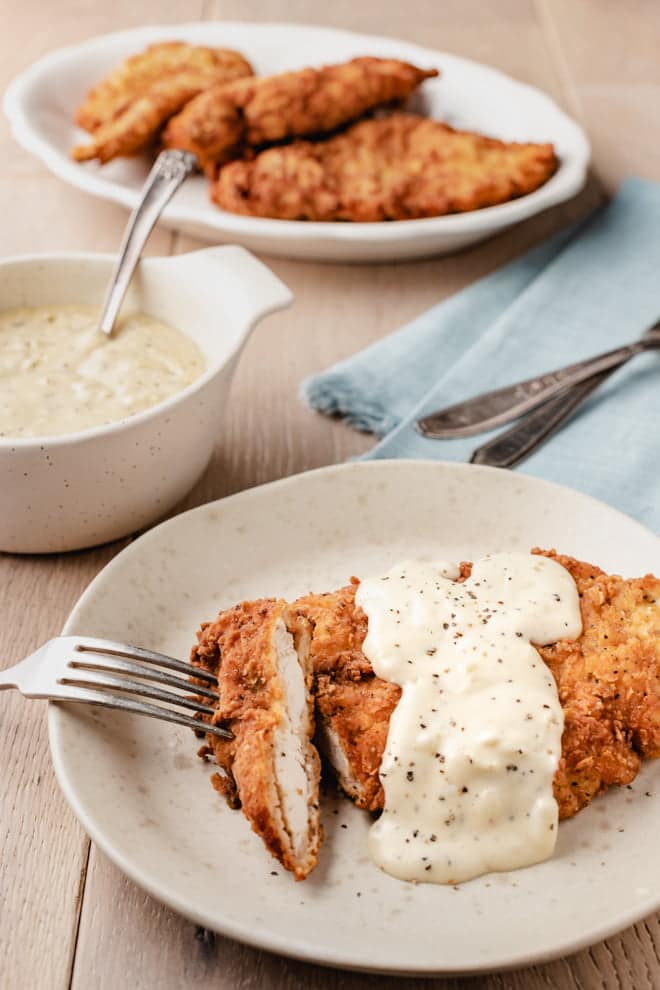 Ok, before you ask, “Isn’t chicken fried chicken just a fancy name for fried chicken?” let me give you a little history lesson.

It all started in Texas with German immigrants who brought with them their love of schnitzels. Schnitzels are an Austrian dish with meat pounded thin, breaded, and then fried to crispy perfection. The preferred meat of the German immigrants was beef because…Texas. And so was born chicken fried steak.

With the popularity of chicken – did you know that chicken is the most consumed meat in the United States? – it was inevitable that this popular meat would become a tasty substitute for beef. And that is the short story of chicken fried chicken.

Thanks to the method of pounding the meat thin like this post, the cook time is just a couple of minutes per side which means that dinner can be on the table in less time than fried chicken. Bonus!

I like to marinate the chicken breasts in the spiced buttermilk mixture for about 4 hours. You could go up to 8 hours if you wanted to start the marinating process in the morning. Or if you really don’t have the time, a minimum of 30 minutes in the buttermilk bath will add to the flavor and tenderness of the dish.

When I bread the chicken, I let any excess marinade drip into the flour mixture which creates lumps of flour and marinade that I press into the breasts. These lumps turn into delicious crispy bites once the breasts are fried.

The peppered cream gravy is made very similarly to my gravy without drippings. The changes for this country gravy include replacing the poultry seasoning with salt and pepper and adding heavy cream. And there’s no straining this gravy, all of those chunks of onion and garlic are welcome.

Every time I serve this dish, I thank those German immigrants for their perseverance in adapting schnitzels to the American landscape.

Crispy Chicken Fried Chicken smothered in a peppery cream gravy can only be described as the ultimate comfort food. 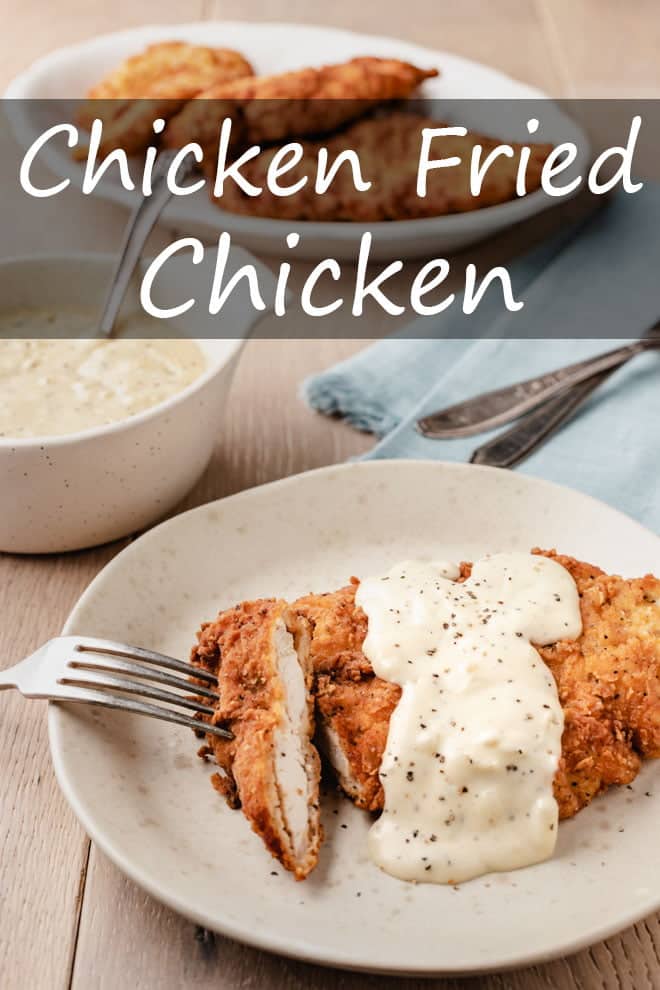 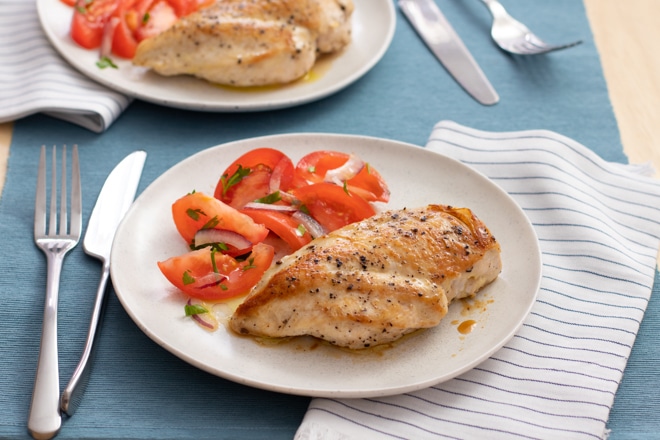 How to Cook Chicken Breasts Perfectly 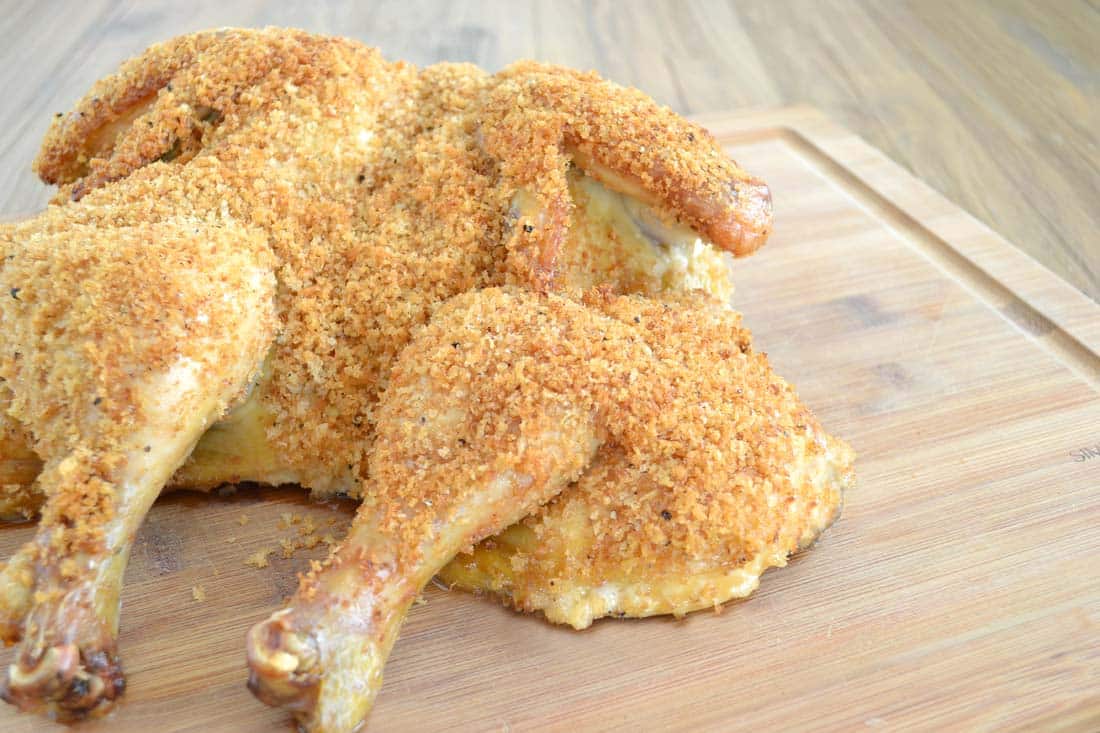 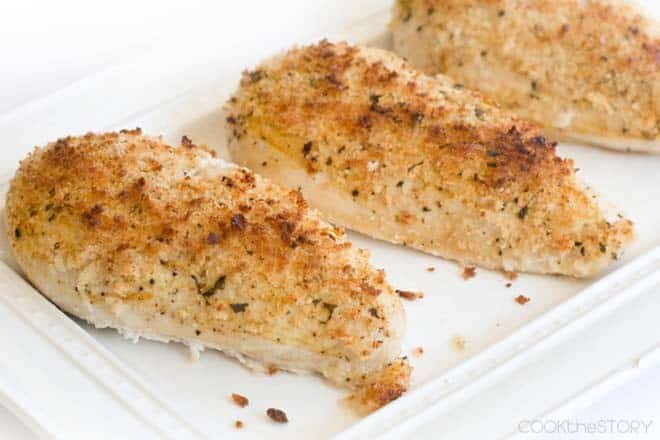 How to Cook Chicken Breasts from Frozen 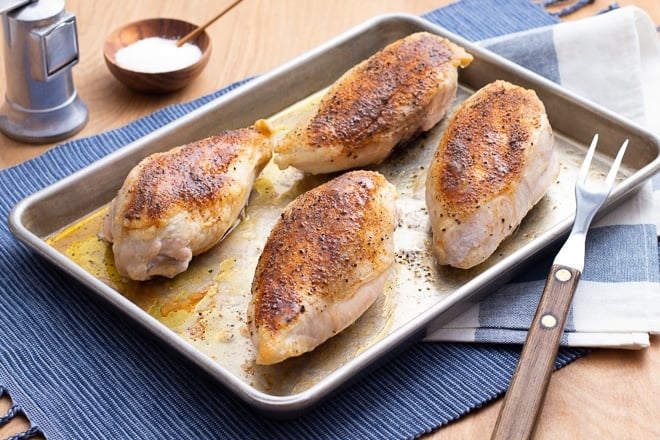