I partnered with Boar’s Head to bring you this post, but all thoughts are my own.

Which recipes do you whip up without consulting a book, magazine or Pinterest board? You know the ones: Your true family favorites. This cheeesy chicken pasta casserole has become one of my all-time favorites, and I think it will soon become one of yours, too. 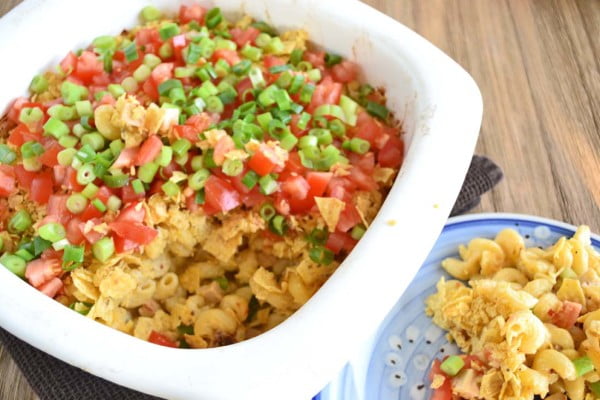 Have you ever been making one of those cherished family favorite dinners when a bold blast of inspiration hits?

That happened to me last week. After putting on some pasta to boil for our basic mac ‘n’ cheese, I reached into the fridge for the butter, milk and cheddar. But instead I grabbed the 3 Pepper Colby Jack from Boar’s Head.

The result was as simple to make as our basic mac but it was punched up with bold heat from the cheese, crunch from the tortilla chips and freshness from some diced tomatoes and green onion. An entirely new cherished recipe was born!

This is where basic mac ‘n’ cheese meets bold spicy flavor. It’s simple and comforting but with a nice zing. The addition of cooked chicken breast to the mac makes it a complete meal especially if served alongside a refreshing salad of equal parts diced avocado and cucumber tossed with chopped cilantro, a squeeze of lime, salt and pepper.

If you’re planning to have a Cinco de Mayo party or just a Mexican food night, you’ll also want to check out my recipes for Edamole (guacamole made with Edamame) and Mexican Lime Soup, which can be made up in just 15 minutes! 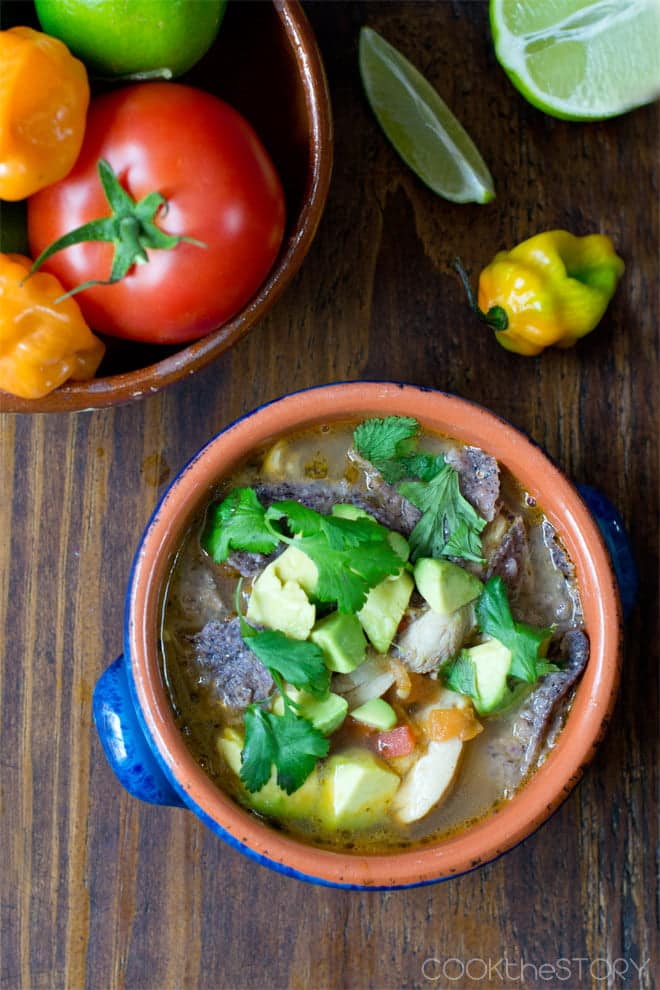 This is a Mexican take on macaroni and cheese, with chicken added for extra protein.

The above recipe was adapted from Mark Bittman’s more basic recipe for Baked Macaroni and Cheese. Heating the milk in the microwave to speed things up as well as all the South-Of-The-Border twists are my own.

(UPDATE: This giveaway has ended)

Disclosure: Boar’s Head provided me with the gift card used as a giveaway in this post. The opinions that I’ve expressed about their product are my own and have not been influenced by this compensation.